We love our little community of Terra Mar Village, here on the Intracoastal Waterway halfway between Cape Canaveral and Daytona Beach. It’s nothing fancy, but we have access to the water and amenities that include two swimming pools, a clubhouse, boat launch, and a 300-foot fishing pier. Not to mention a lot of nice neighbors. But unfortunately, tragedy can show up anywhere, even in our little corner of paradise.

Just after midnight yesterday morning, I was working on my blog when I heard a big boom. There were some storms in the area, and my first thought was that it was thunder or possibly a transformer. But then there was a rumbling sound like when a booster rocket from a launch from Cape Canaveral re-enters the atmosphere, but it went on and on. Terry came to my office to ask me what that noise was, and I told her I didn’t know. I stepped outside and saw flashing blue lights down the street. Then Terry noticed a lot of smoke coming up from Ash Street, the next street over from us. That is where our friend Jim lives, and I was concerned about him, so I put on a jacket and walked down to see what was going on.

A manufactured home across the street from Jim and about 3 or 4 houses down had exploded, and there was a torch of flame still shooting into the air from either a propane tank or gas line or something. One of the neighbors said that the initial blast shot up 60 feet into the air, and I don’t doubt it. 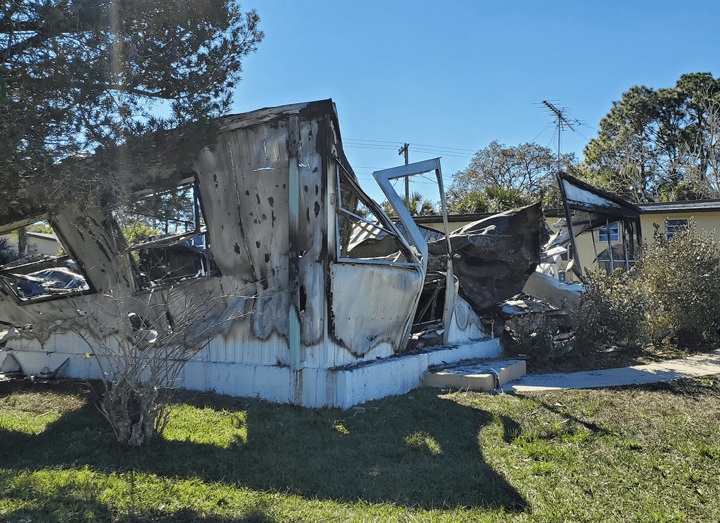 The place was a total loss, and the one next to it was scorched. Unfortunately, it was only after firefighters were able to finally extinguish the blaze and make their way into the rubble that they found the body of the 70 year old man who lived there. 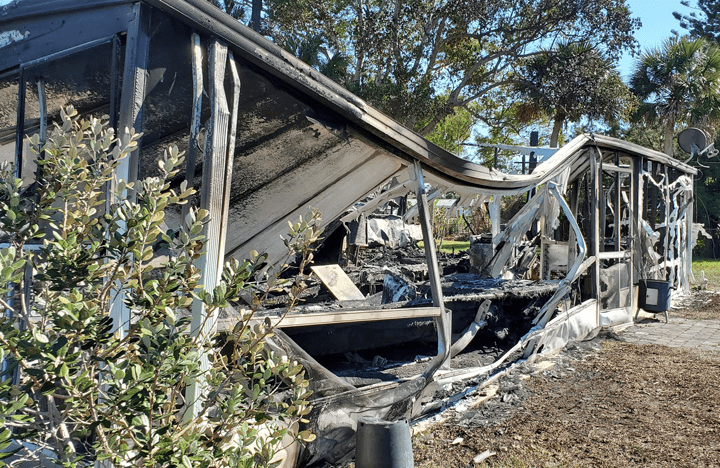 They haven’t determined the cause of the fire yet, though several people said he was a heavy smoker and that he had either oxygen or propane tanks inside with him. There was definitely something inside because that’s where the torch of flame was coming from. Such a tragedy and we are thankful that nobody else was injured

This is a reminder that none of us are promised tomorrow. We never know when someone driving the other way who is drunk or texting might hit us head-on, or when a tiny bit of plaque in an artery might break loose and kill us, or when COVID-19 might strike, or when our house might explode out from under us. We all have an expiration date, and none of us knows when that is. You can take all the precautions in the world but when that expiration date rolls around, it’s going to happen.

Sometimes I think about my own mortality as I get older. I am the youngest of eight siblings and the only one still alive, and I have lived to an older age than any of them did. My parents both died in their early 70s, and our family history is not a testament to longevity. Yes, that expiration date is out there, and that’s why it’s important to spend every day I can doing the things I want, with the people I love.

Thought For The Day – Before I got married, I didn’t even know there was a wrong way to put the milk back in the refrigerator.

2 Responses to “Tragedy At Terra Mar”