Nick's Blog » I Have Proof!

There is an old saying, well at least as old as the Internet, that if you don’t have pictures it didn’t happen. When a guy brags about a fish he caught, a deer he shot, a woman he met, or a classic car he had, people say if they can’t prove it with a picture, it never happened.

In yesterday’s blog, I talked about the delicious Texas sheet cake that Miss Terry made me for Valentine’s Day and about the amazing deep dish pizza she made. I didn’t include pictures, so a couple of people told me it must not have happened

Yes, it did, and I have proof!

Here’s the sheet cake, and as good as it looks, it doesn’t come close to the reality of how good it tasted. Moist chocolate, nuts, and frosting enough to tweak my blood sugar level up at least 10 points. And guess what? I don’t care, because it was worth it! 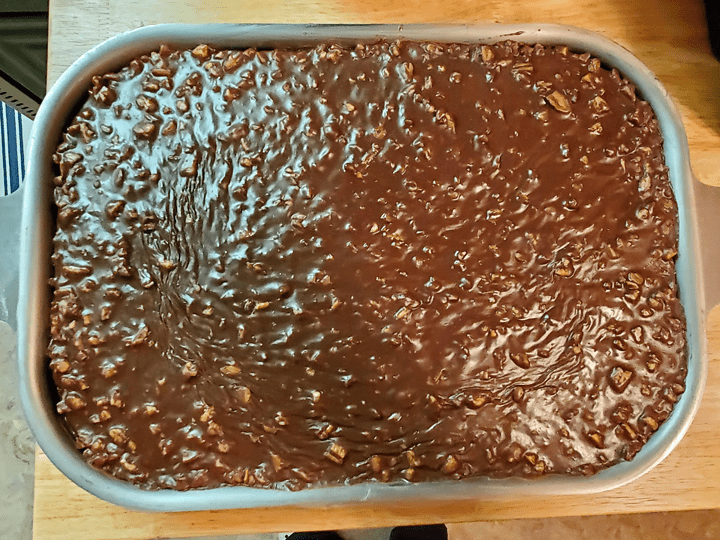 What about the deep dish pizza? Feast your eyes on this, ladies and gentlemen. It was too much for one meal, so the rest of it got finished off last night. 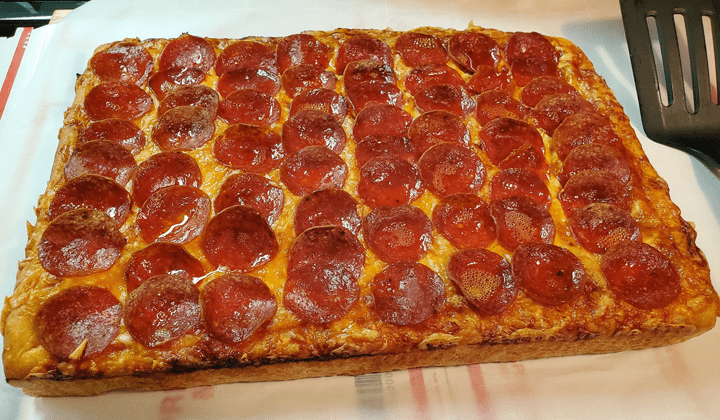 As I have shared with you before, Terry also makes delicious regular crust the pizza. She asked me which I preferred more, and that’s like asking which one of my kids I like more. They are both absolutely wonderful. And to be honest, the kids aren’t that bad, either. So I guess sometimes we’ll be having deep dish pizza, and other times we will be having regular pizza, and I get to make the decision as to which one it will be. There is a lot of responsibility on my shoulders, folks.

Speaking of yesterday’s blog, in which I shared some of my son’s light paintings, Travis was very moved by all your kind comments in the blog. I also shared the e-mails that many of you sent me with him. He said it was a real ego boost.

Don’t despair about the cake and pizza, I do more than just eat. On Monday, I took a friend to the hospital for a colonoscopy. If you’ve never had this procedure done, trust me when I say that it’s a lot more fun to take somebody to the hospital to have one than to be the one getting the procedure done yourself.

Yesterday we had to go down to Titusville for an appointment with Terry’s eye doctor, and when we got back to town, we stopped at Publix supermarket to pick up some things. We really didn’t have to go for another week or so since we stocked up heavily on our last visit, but there were a couple of things we did need and decided to take care of all of them while we are out.

I’ve also been going through all of the notes I have assembled for my next book, Boom and Bust, which will be the third book in the Tinder Street series. I’m constantly making notes about story ideas, filing away little bits of information and trivia, and then go over them all before I start writing so I have everything handy and in the proper places. For example, I would not want to write about a dial telephone before they were common or a news story that wasn’t appropriate to the time and place. I will probably start writing the new book today or tomorrow.

Somebody also asked what Terry was going to put on the new shelves I told you about last week. Here they are, one filled with yarn and the other holding some keepsake figurines our daughter Tiffany sent her, and a picture of Terry’s mother. 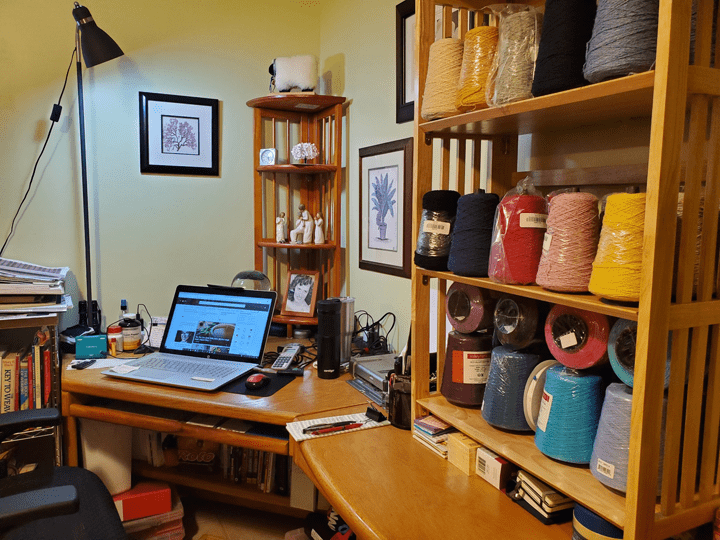 There’s not a whole lot else on the agenda at this point, but if we get a decent day I do plan to get out on the water. Time keeps slipping away, and pretty soon it will start being too hot again. And next Monday, Terry and I will be getting our second round of Moderna Covid-19 vaccinations. We know that that doesn’t mean we can run around pretending everything is perfect again and pick up where life was a year ago, but it does mean we will have taken a giant step in the right direction.

And finally, here’s a chuckle to start your day from the collection of funny signs we see in our travels and that our readers share with us. This one just seems so wrong in so many ways.

Thought For The Day – Poor people are often generous because they know what it’s like to have nothing.

5 Responses to “I Have Proof!”