My new John Lee Quarrels book, Fresh Out Of Mojo, is now available on Amazon. This is my 44th book and my first book for the new year. I normally publish four books a year, but the pandemic kept us home more than usual in 2020, and I had a lot of time to write, so I ended the year with six new books out. I’m not sure what this year will bring yet. I have lots of books rolling around in my head waiting their turn, but I would really like to get out and play now and then. 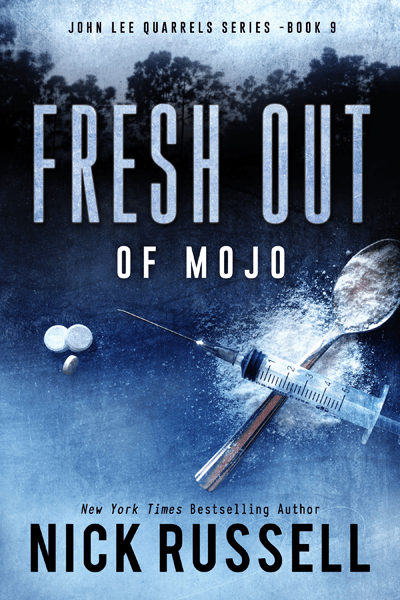 Besides finishing the teaser chapter of my next John Lee Quarrels book to go in the back of this one yesterday, and then formatting the e-book and getting it uploaded, I spent some time working on my author’s newsletter, which will go out today. Then I helped Terry with a couple of little projects around the house, which means it only took her twice as long to get them finished than it would have if she had done them alone.

She needed some more storage space in her office, so she purchased a couple of racks from Amazon. We (she) actually put one of them together the other day, and the second one, which fits in a corner,  came pretty much assembled and ready to go. Here they are on her desk, ready to be filled up. 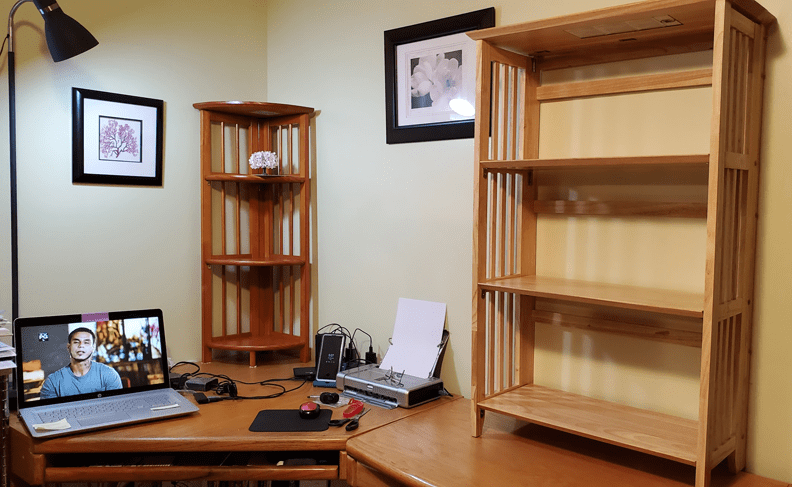 She also ordered a Rush Creek fishing rod rack from Amazon, and we mounted that to the wall in the garage. This will keep our fishing rods organized and hopefully not getting all tangled up like they did when they were all piled together in the corner. That’s happened a couple of times now, and it’s always a mess to sort out. Now, if we could just get out and use them!

About the time we were finishing up with all that, our neighbor Jesse Bolton from across the street stopped by and we chatted for a few minutes. Jesse is going to repack the wheel bearings on the kayak trailer sometime this week and then has a couple of ideas about how to reconfigure it to hold two kayaks instead of one, which will make it much easier to get them down to the water and launch them.

Besides all of that, I also received some print copies of my last book, Big Lake Hoarder, yesterday. I need a couple more bookcases in my office, but I have no idea where I could put them. This place seemed so big when we bought it, especially after 18+ years of living in a motorhome, but now it seems like we are running out of space! I read once that stuff expands to fill the available volume, and apparently, that’s true.

Thought For The Day – A friend suggested putting horse manure on my strawberries. I’m never doing that again, I’m going back to whipped cream.