Thank you to everybody who sent messages hoping my back pain had eased up. After a weekend of pure hell, it has, and I am feeling much better now. I still have the nagging low back pain that is always there, but not the severe kind I was feeling Saturday and Sunday.

In a blog a few days ago, I talked about the problems I was having with my Dragon NaturallySpeaking software and how it was conflicting with the latest Windows 10 update. I also mentioned that Nuance, the company that makes Dragon software, couldn’t tell me whether or not the upgrade to version 15, which is now called Dragon Professional, would work with my Sony digital recorder. And at $300, I wasn’t willing to gamble the money for something that might not do me any good.

But I got an email yesterday from blog reader Howard Gordon yesterday telling me about a sale that was going on through the end of the month for Dragon Professional 15 priced at $169.99. In reading the link Howard sent me, it did say that the program works with digital recorders. At that price, I decided to give it a try and bought it.

So far, I have only used it to write a 2,000 word chapter in my new Big Lake book and today’s blog. First thoughts are that while Dragon claims it is 23% more accurate than their NaturallySpeaking software, I am not seeing that yet. I haven’t tried to experiment with my digital recorder yet however, it does seem faster than the older version I was using and I am happy about that. And it works with the latest Windows update, which is definitely helpful.

I am taking my time and going through the full tutorial for the new software, even though much of it is the same as in the previous version. But I plan to do it anyway because there’s always something new you can learn.

That was about all I did yesterday. Buying and downloading software, doing part of the tutorial, and a little writing. Miss Terry got a lot more accomplished, from making crepes for breakfast to working more on her weaving project, to making a delicious dinner for us. And somewhere between all that, she also found time to do a load of laundry. She’s got the energy of a five-year-old who just drank a can of Red Bull.

Today will be more of the same for both of us. Terry is just about done with her weaving project and will be taking it off the loom and putting the finishing touches on it. I am about two-thirds of the way through the new book, and things are moving along very well. I hope to get it out by the end of the month, but if not, look forward to it in early December. 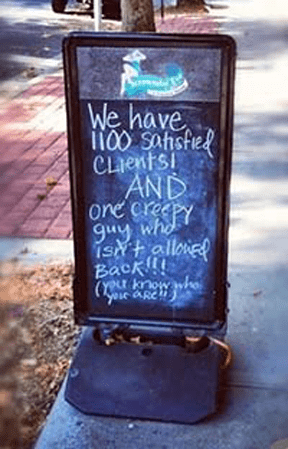 Thought For The Day – If someone points at your black clothes and asks whose funeral it is, just look around the room and say, “I haven’t decided yet.”

3 Responses to “Feeling Much Better Now”