I have been working hard on the second book in the Tinder Street saga and I should be finishing it sometime in the coming week. I thought it would go quicker than this, but as with the first book in the series, there was a lot of research to be done. It’s important to me that if I describe a certain car or a certain business that was in Toledo, Ohio in the mid-1920s, that it really was there. Just yesterday I was researching the qualifications to become a schoolteacher in Ohio in 1925. That took me down a rabbit hole and cost me over two hours of my life!

I love what I do and never really think of it as work, but sometimes I just have to get away from it for a while. The other day was one of those days. I told Terry I needed to play hooky and get out of the house for a little bit, so we want down to our dock and soaked up some saltwater air.

We live 800 yards from the Intercoastal Waterway, and our long fishing dock and boat launch played a big part in our decision to purchase the home we did. 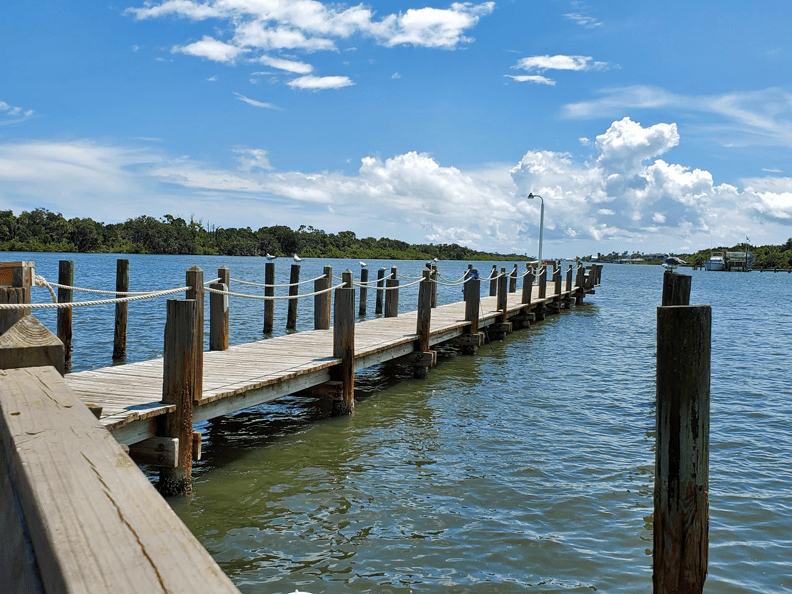 We love sitting out here, just enjoying the views up and down the river. 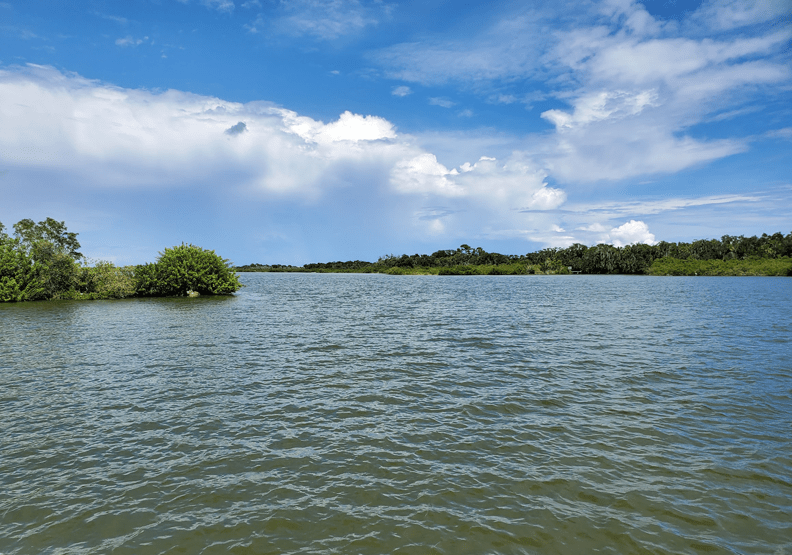 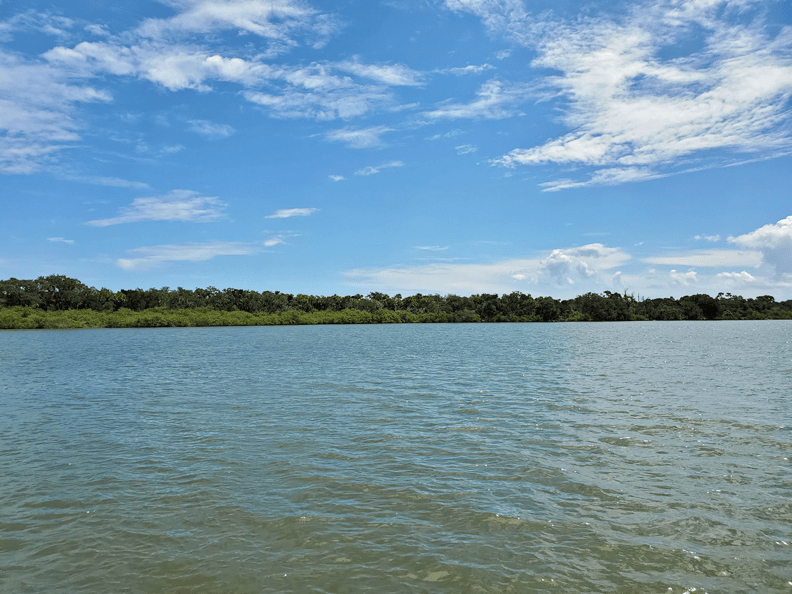 Not to mention the animals. There are always birds sitting on the pilings, there are usually some pelicans around, occasionally we will see a skate, which is a cousin to the stingray, and we’ve even seen a few small sharks. And that doesn’t include the manatee who hang out here in the wintertime, and the dolphins. It’s very seldom that we go down to the dock and don’t see dolphins playing in the water. 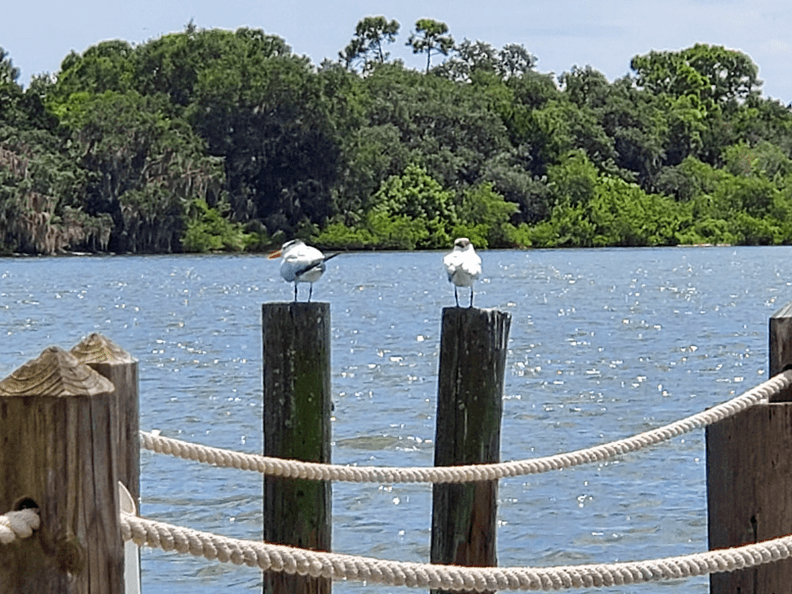 There were three of them out there this time around, and one started swimming toward the dock, but then changed its mind and turned around and went in the other direction. They stayed far enough away that I wasn’t able to get a good picture of them as they rolled up out of the water.

It was a hot day but there was a breeze blowing and we were sitting on a bench with a cover, so we weren’t getting the direct impact of the sun. That’s a good thing because it was somewhere around 90° and the humidity was in the 70% area. That sounds terrible, but again, the breeze off the water made it comfortable.

Because of the manatee, our section of the Intercoastal Waterway is a no-wake zone. I’ve seen what a boat propeller can do to manatee, and it is not pretty. But, of course, there are always people like this jackass who believe the rules don’t apply to them, speeding through the area and totally ignoring the law. Why are people such jerks? 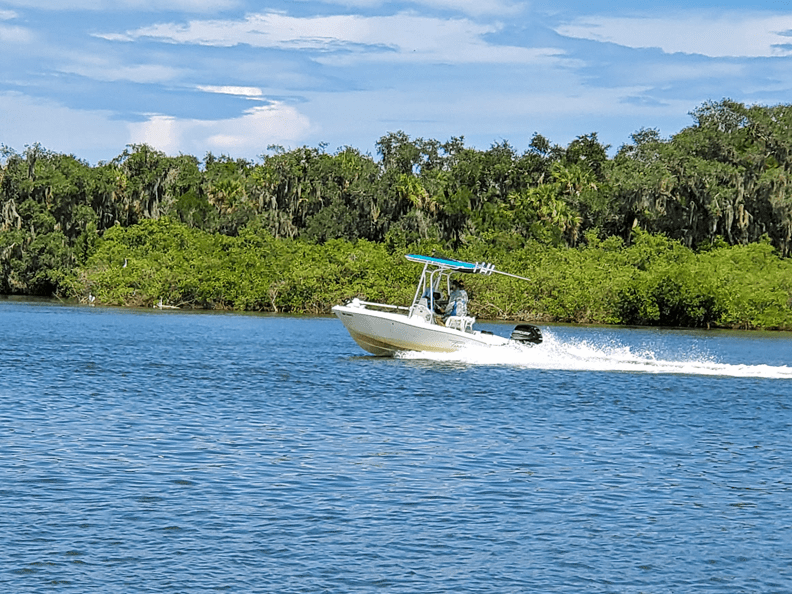 Back home, we had a package from Amazon waiting for us. Miss Terry had ordered a new bed cover, and I think it looks pretty nice. How about you? While the color is right on the bedcover, for some reason, the color of our wall is way too dark in this picture. 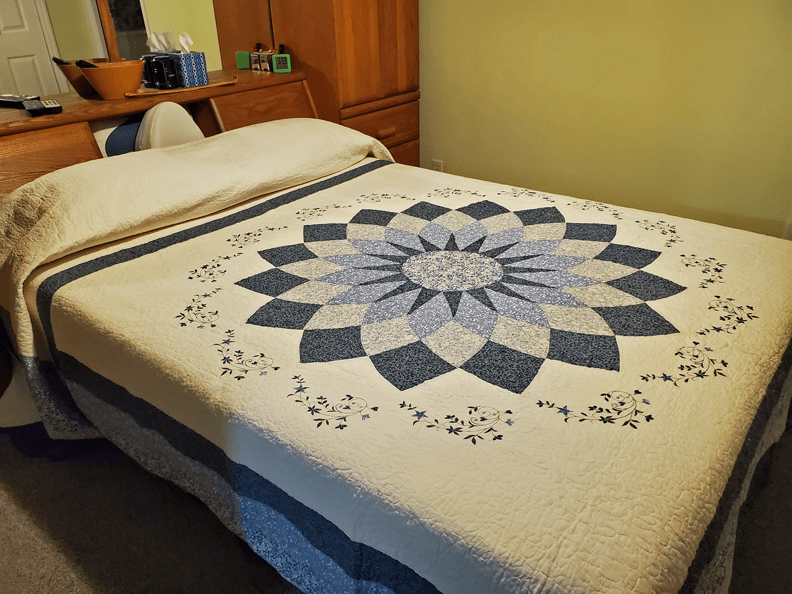 I’ll be back at it today. I’m getting so close to the end of this book that I can see it coming at me. It will be nice to get this one out of the way, and then I can jump back into the Big Lake series and knock one of those out before the end of the year.

Be sure to enter our latest Free Drawing, and we’ve got another great prize this week. This week’s prize is an audiobook of Dead Letter by Catherine Bender. The first book in the M. Falcon mystery series, it’s the tale of amateur detectives in their golden years with a treasure trove of unexpected skills and unconventional tactics, including a sweet wheelchair bound grandmother type who is a master computer hacker, a semi-retired actress who seizes the opportunity to live her dream of being a super spy, a homeless veteran, and other blue hairs who are not content to rock their lives away in boring retirement. To enter, click on this Free Drawing link or the tab at the top of this page and enter your name (first and last) in the comments section at the bottom of that page (not this one). Only one entry per person per drawing please, and you must enter with your real name. To prevent spam or multiple entries, the names of cartoon or movie characters are not allowed. The winner will be drawn Sunday evening.

Thought For The Day – When this virus thing is over with, I still want some of you to stay away from me.

3 Responses to “I Played Hooky”