Nick's Blog » Who’s That Tapping On My Window?

Neither one of us was particularly hungry when we got up yesterday, so Miss Terry had some leftover blueberries and blackberries, and the extra pie crust dough left over from the peach galette that she mixed with some jam and made these delicious fried pies for brunch. The crust was light and flaky, and they were delicious. What a way to start our day! 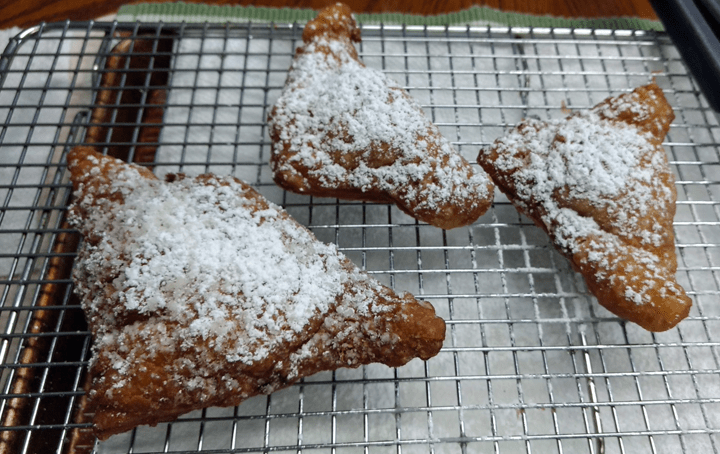 I have said over and over again that storms usually pass us by, splitting and going on both sides of us, but giving us very little rainfall. I guess Mother Nature decided to make a liar out of me because the last couple of days we have gotten some pretty strong storms, with lots of thunder and lightning and some heavy downpours.

During yesterday’s storm, I heard something tap on the window of my office door, which is right next to my desk. A moment later, I heard it again. Curious, I opened the blinds that are built into the window, and I was staring at two tree frogs perched on the glass at eye level. I’m not sure who was more startled, me or those little critters, but all three of us jumped away at the same time!

At the risk of being nauseatingly repetitive, I spent the day like I have been doing just about every day lately, writing a couple more chapters in my new Tinder Street book. But not before I had to call my friend Judy Rinehimer in Cool, California. No, that’s not the temperature, that’s the name of the town she lives in. When I opened the manuscript in Microsoft Word, there was a wide column on the right side that wasn’t there before.

You would think that someone who makes his living writing would know his way around computers and Microsoft Word better than I do, but you’d be wrong. I did all the things I knew, checking layout, margins, and columns, and nothing had changed. After wasting an hour or two, I gave up and called Judy. It took her about 30 seconds to tell me to click on the Review option on the toolbar, and when I did, I saw an icon for a Comment column that was highlighted. I clicked it, and everything was back to normal. Thanks again, Judy.

I stayed at it for most of the day, only taking a break long enough to drive down to Walgreens to pick up a prescription for Terry that the doctor’s office was supposed to call in when we left there after Terry’s appointment on Friday afternoon. We stopped on our way back home from the appointment, and Walgreens had not received the prescription order. Terry and I both said then that the doctor’s office probably forgot to call it in, but we would give them the benefit of the doubt. Walgreens is very good about sending a text when a prescription is ready, so when she still had not received a text yesterday, Terry called the doctor’s office. The same young lady who said she would call it in on Friday said she would phone it in right then. What happened to calling it in on Friday when we left the office? It was raining hard at that point, so I waited for the rain to let up before I ran that errand.

After dinner and an evening watching TV, that’s all that happened yesterday. I know it sounds pretty boring, but that’s life in a pandemic.

I am trying to build up my presence on the BookBub website, and I would appreciate your help. My goal is 500 followers, and thanks to so many of you who are always happy to help, I am at 413 now. Please consider going to my author’s page and following me there. It’s quick and easy and there is no cost. And If you have reviewed any of my past books on Amazon, cutting and pasting the review to my BookBub page would help me tremendously. The link is https://www.bookbub.com/profile/nick-russell?list=author_books. Thank you. 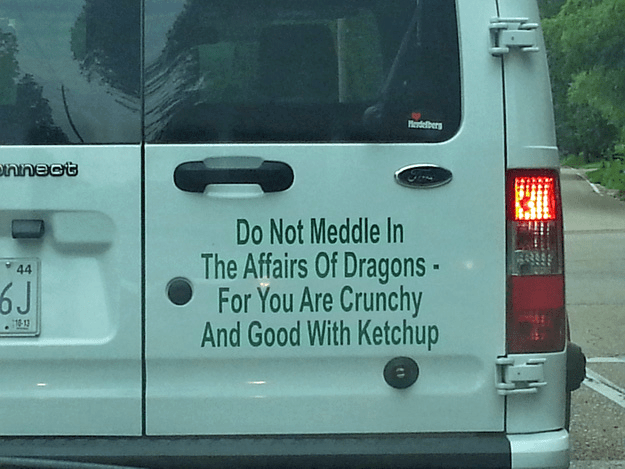 Thought For The Day – To those who are complaining about isolating and social distancing, just remember that your parents and grandparents were called to war; you are being called to sit on the couch and watch Netflix. You can do this.

2 Responses to “Who’s That Tapping On My Window?”