You might think that a small town newspaper publisher’s world pretty much ended at the city limits, or no further than the county. And for the most part, you would be right. And I was always content with that. As one of my mentors in the business told me when I was first starting out, it’s better to be a big fish in a small pond than the other way around.

However, my world expanded every two years with statewide elections, when those running for state offices came around soliciting my newspaper’s endorsement for their campaigns. And occasionally, I heard from candidates seeking an office on the national level. Three times presidential candidates made sweeps through our area, hitting up the local media asking for support.

One such individual, who shall remain nameless, was a U.S. Senator who was running for president. His people called my office saying they would be in the area and asked if he could have some time while they were there. I didn’t really think much about the man one way or the other and I didn’t want to be bothered with him, or any politician, for that matter. I always remember, what my Mama told me when I was a kid, if you lie down with dogs, you’re going to get fleas. However, Jake Cavey, my editor, was a big fan of this particular candidate, and he was ecstatic when I assigned him the job of doing the interview. For two weeks, he was like a kid waiting for Christmas morning.

When the big day came, said senator arrived, shaking everybody’s hand in the office and saying how glad he was to meet us. Since Jake didn’t have a private office, I told him to use mine for the interview. They went inside and closed the door and were in there an hour or so. When they were finished, they came out the door like a couple of drinking buddies, laughing and having a grand old time. The senator slapped Jake on the back and thanked him for his time, then nodded at a case hanging on my wall with my Army medals, saying, “As one old veteran to another, I know I have your endorsement, right, Jake? Jake replied, “Senator, you definitely have my vote, but those are Nick’s and he owns the newspaper. He’s the one who will make the final decision about who we will endorse.”

Now, Jake was a big guy, somewhere around 6’6” and close to 440 pounds as I recall, and the senator was average in height, or maybe a little less. But he shoved Jake out of the way so hard that he bounced off of the light tables we used for laying out the newspaper to get to me, and began pumping my hand, and telling me how great it was to have the opportunity to see me and how much he knew that us veterans would be sticking together come election time. Then he and his entourage were gone as quickly as they arrived, never even bothering to say goodbye to Jake. Politicians. Go figure.

Jake was devastated! His hero had blown him off as soon as he found out he would not be the one making the decision on our newspaper’s endorsement. He walked around for the rest of the afternoon with a hangdog look on his face, and I really felt sorry for the big guy.

Trying to ease his pain a little bit, Melissa, my office manager, patted him on the back and said, “Don’t feel bad, Jake. You didn’t do anything wrong. It’s just about the pecking order, and everybody knows that Nick is a bigger pecker than you are!”

Be sure to enter our latest Free Drawing. This week’s prize is an RV camping journal donated by Barbara House. Barbara makes several variations of these, and they all have pages where you can list the date, weather, where you traveled to and from that day, beginning and ending mileage, campground information including amenities at RV sites, a place for campground reviews, room to record activities, people met along the way, reminders of places to see and things to do the next time you’re in the area, and a page for notes for each day. To enter, click on this Free Drawing link or the tab at the top of this page and enter your name (first and last) in the comments section at the bottom of that page (not this one). Only one entry per person per drawing, please, and you must enter with your real name. To prevent spam or multiple entries, the names of cartoon or movie characters are not allowed. The winner will be drawn Sunday evening. 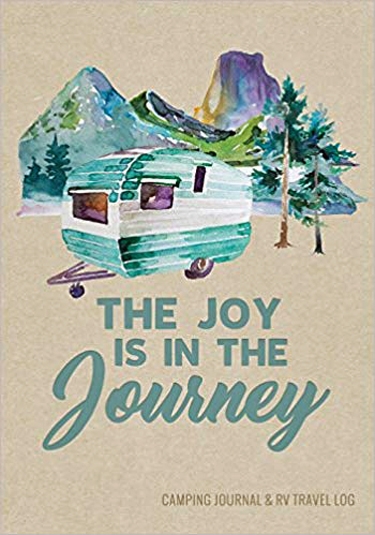 Thought For The Day – Marriage is where two people who don’t have it all together learn that together they have it all.

One Response to “Newspaper Days – The Pecking Order”