Note: This story is from my book Highway History And Back Road Mystery II.

Today Sturgis, South Dakota is best known as the scene of the annual Black Hills Motorcycle Rally, when thousands of bikers descend on the small town in August to party, show off their riding skills, and shop the vendors who set up shop on every corner and parking lot. During the rally, the otherwise quiet streets reverberate with the roar of motorcycle engines and the laughter and shouts of the crowds.

But there was another time, long ago, when Sturgis was also a wild party town. From the time it was formed in 1878, Sturgis was known as “Scooptown” because travelers passing through the region and soldiers from nearby Fort Meade were easy prey for the gamblers, prostitutes, and pickpockets who hung out in the town’s saloons and brothels, where they would literally “scoop” their victims’ money away from them.

In her memoirs, Sturgis resident Annie Tallent wrote of the town’s early days that it “endured an era of disorder, crime, and speedy retribution. Sturgis often was the scene of mad recklessness that outrivaled in lawlessness even the worst days of the early mining camps.” She blamed “the riotous behavior” of the “colored” soldiers of the 25th Infantry Regiment stationed at Fort Meade, a mile north of town, for much of the trouble in town.

While it is true that the troops from Fort Meade, both black and white, were frequent patrons of the town’s hot spots, the proprietors of the saloons and gambling houses certainly welcomed and encouraged their business.

Fort Meade was established in the winter of 1878-79 by units of the 1st and 12th Infantry and the reorganized 7th Cavalry, which had been nearly decimated at the 1876 Battle of the Little Bighorn, when Lieutenant Colonel George Armstrong Custer led them into a massacre. The fort’s mission was to provide the prospectors and settlers with protection from the hostile Sioux Indians. Unlike the wooden stockades pictured in Hollywood movies, most western forts were open, depending on strength of numbers and the firepower of their soldiers and cannon to deter attacks. Fort Meade was one such western post, a collection of wooden buildings surrounding a parade ground.

By the early 1920s, the Indians were no longer a threat, but some people felt that the wild goings on in Sturgis were just as troublesome. About the same time, a large number of cattle and horse thefts were reported in the region. When they decided that the local authorities were not doing their job fast enough, a group of local Ku Klux Klansmen decided to take matters into their own hands. 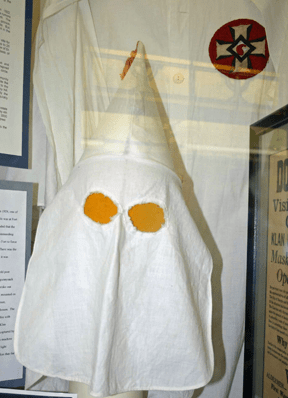 While many people think of Klan activity as being a southern phenomenon, their tentacles reached most areas of the nation over the years. Gutzon Borglum, celebrated for the massive sculptures at Stone Mountain, Georgia, and Mount Rushmore in South Dakota, was active in the South Dakota Ku Klux Klan, which organized its first Klaverns in the Black Hills in 1922. 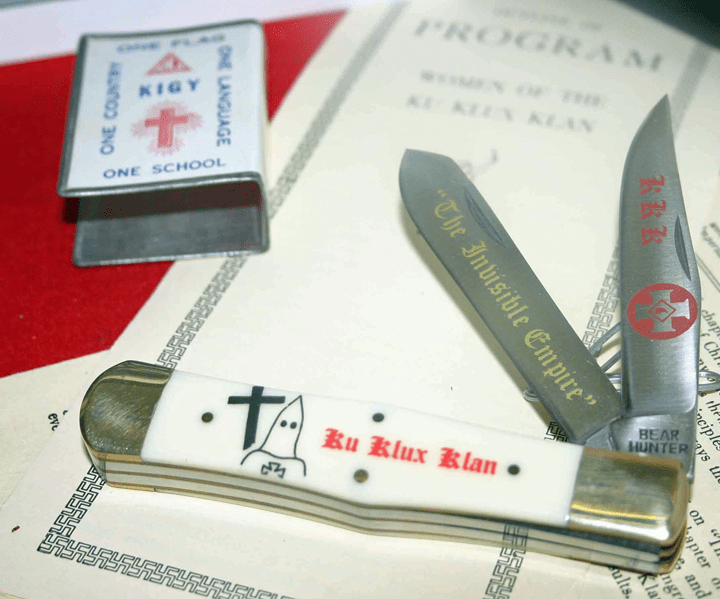 The Klan tried to put forth an image as a social organization, holding dances, picnics, and sponsoring ladies’ sewing circles. Meanwhile, they fumed at the presence of the black soldiers stationed at Fort Meade and were even more openly opposed to the presence of a Catholic school and convent in Sturgis. Whores, gamblers, and black soldiers were bad enough, but Catholics? The Klan felt something had to be done to preserve their vision of “purity” in the Black Hills!

They frequently held marches outside of the convent and school, burning crosses at night during school events and community dances, all under cover of their hoods and gowns. They also intimidated black soldiers who came into Sturgis on passes or to do business. Wisely, the latter activity was confined to lone soldiers or small groups of two or three, when the Klansmen had them outnumbered.

In 1924, lawmen tracked down a gang of rustlers near Sturgis and wounded one in a brief gunfight before capturing them. The closest medical facility was at Fort Meade, and the wounded outlaw was brought to the post’s infirmary for treatment of his wounds.

The local Klavern leader demanded that the rustler be turned over to the Klan for punishment, which the post commander refused. The Klan’s response was to threaten to march on Fort Meade and seize the wounded man. They did not realize that they were now dealing with the United States Army, not a group of Catholic nuns or schoolchildren, or a lone soldier. Fort Meade’s commanding officer posted every available soldier on the fort’s perimeter, all heavily armed. One look at all of those determined troops, many of whom had been the victims of Klan harassment in the past, was enough to convince them to slink away like the cowards they were.

Relations between the Ku Klux Klan and the soldiers from Fort Meade continued to deteriorate, coming to a head in 1925. On the night of a community dance in Sturgis, the Klansmen erected three crosses on a hill between town and the post, wrapped them in kerosene-soaked gunnysacks, and prepared to set them on fire as a warning to any soldiers or Catholics who planned to attend. But this time, their plans to send their message of hate and intimidation didn’t work out.

Several soldiers from Fort Meade decided that it was time to send a message of their own. They “liberated” two .30 caliber Browning water-cooled machine guns from the fort’s armory and set them up on a hill across from the Klan gathering. As the hooded thugs started to light their crosses, the soldiers sent several long bursts of machine gun fire over their heads. 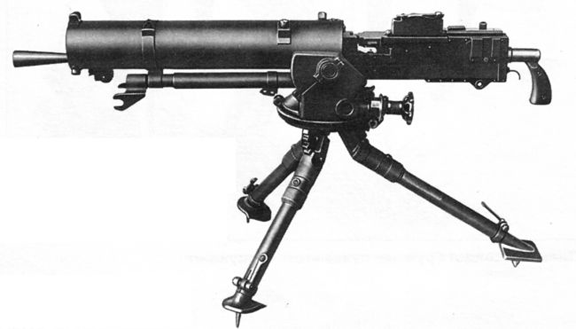 The Klansmen scrambled for cover behind trees and boulders and fired a few rounds back from handguns, which were no match for the soldiers’ automatic weapons. They were fortunate that the soldiers had not followed their first instinct, which was to bring a light artillery piece to the party! Soon both sides withdrew without anyone being injured. The troops from Fort Meade did not intend to harm the Klansmen, but rather to let them know that their days of running roughshod over the population were over. They got their message across.

Local Klansmen realized that threats and intimidation go only so far before someone responds in kind. Klan activity came to a sudden halt in the Black Hills, and while the Key City Klavern held a few more meetings, they did it safely away from the guns of Fort Meade. A scheduled national Klan meeting in nearby Belle Fourche was expected to draw over 3,000 hooded attendees, but only a couple of hundred showed up. Within a short time, the Ku Klux Klan had disappeared from the state.

Today a display at the small museum at Fort Mead shows the fort’s involvement with the Klan, as well as other exhibits from the Army’s long and often violent history in the West.

Thought For The Day – Behind my smile is everything you’ll never understand.

2 Responses to “The Klan Comes To Sturgis”