No, that wasn’t my output in my last writing marathon. Actually, I did 6,150 words on Sunday. But that’s not what I’m talking about. I am referring to the old saying that a picture is worth a thousand words. And today, I am sharing some pictures of Miss Terry’s output, not mine.

While I have been writing, Terry has been busy with all kinds of projects, from replacing our smoke alarms and furnace filters, to making some delicious meals for us. Sunday night, I mentioned that I felt like having chicken alfredo one of these days, and this is what she made for dinner Monday. I know it looks delicious, but trust me, it tasted even better! 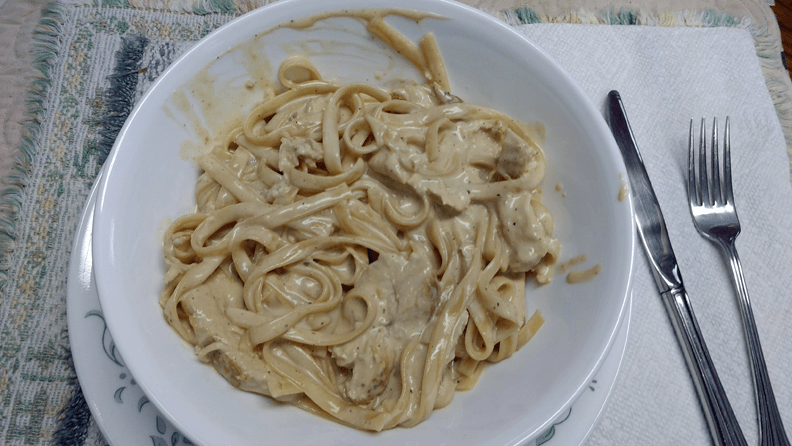 Terry passed on the chicken alfredo. Instead, she made herself a grilled chicken salad and marinated cannellini beans. Not me, I don’t eat veggies. The only green things I consume are M&Ms. 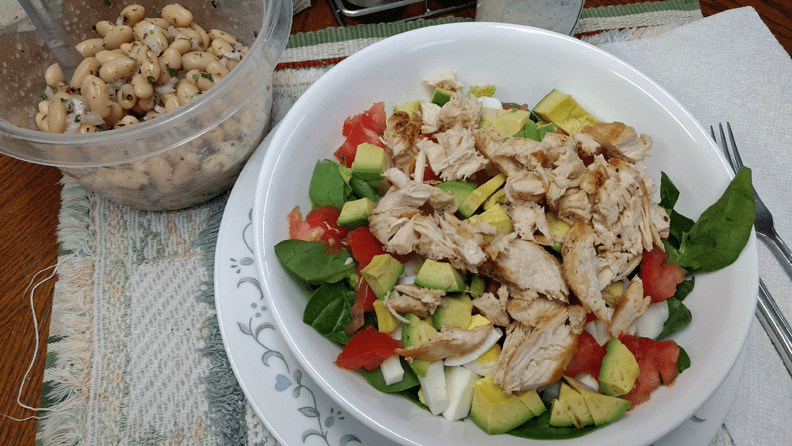 The other day when I went out to the mailbox and was talking to Jess and Jen, our neighbors across the street. Something was mentioned about Terry’s cooking and baking, and I said she made the best banana bread in the world. Jen immediately latched onto that, saying how much she loves banana bread. I told her that I would mention it to Terry, and the next time she was in a baking mood, I would have her make some for her, too.

And that’s what Terry did yesterday. She made four loaves, two big and two small. When I called Jen across the street and told her I had something for her, and to meet me outside, she already knew what it was. And boy, was that pretty lady happy! She kept saying, “Oh wow, Oh wow” and exclaiming that it was fresh out of the oven and still warm. We didn’t talk long, because I think she wanted to get back inside and eat as much as she could before Jess got home from work. I can’t blame her. I don’t like to share my banana bread either. 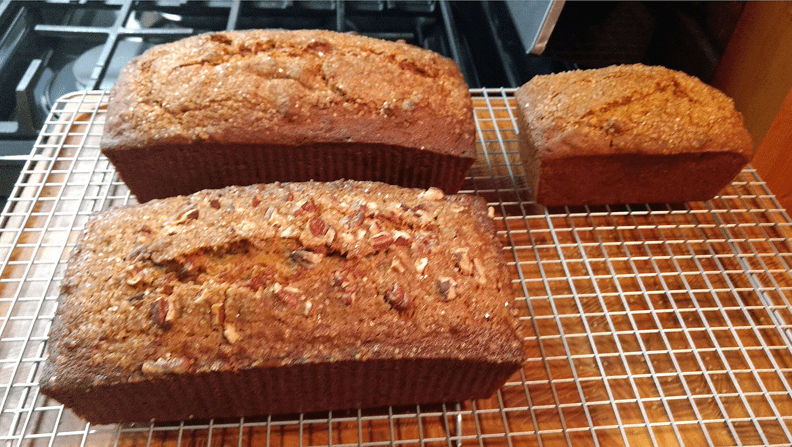 You know somebody like Miss Terry needs to be rewarded for what she does, and on Mother’s Day, our kids made sure they let her know how much she means to them. Daughter Tiffany back in our old hometown of Show Low, Arizona, sent her this beautiful little Willow Tree statuette titled Lots of Love. It sits on her desk where she can see it all the time and be reminded that a lot of people love her so much. 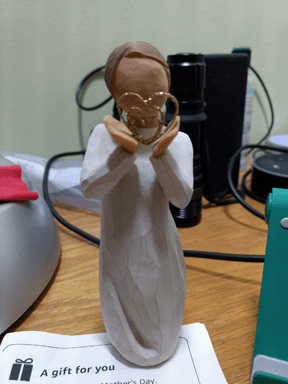 This beautiful bouquet came from our son Travis and his wife Geli in Alabama. And both kids called her on Mother’s Day to tell her how much they mean to her. Terry is not their biological mother, we married when Tiffany was 16 and Travis was 21. But to them, she is their mom, and her bond with them is very strong. 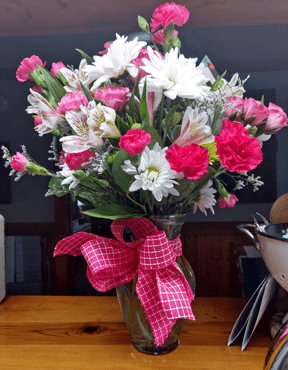 I mentioned the other day that hurricane season is coming, but we’re not quite there yet. However, that doesn’t mean we haven’t gotten our fair share of rain a couple of times in the last few days. The storms never last long, but when they come through, they put down a lot of rain, which we really need right now. Most people don’t think of Florida as a state that would have problems with drought, but it’s a common occurrence here. I much prefer a slow, gentle rain that soaks in rather than a fast-moving heavy storm like these, but you get what you get, right? 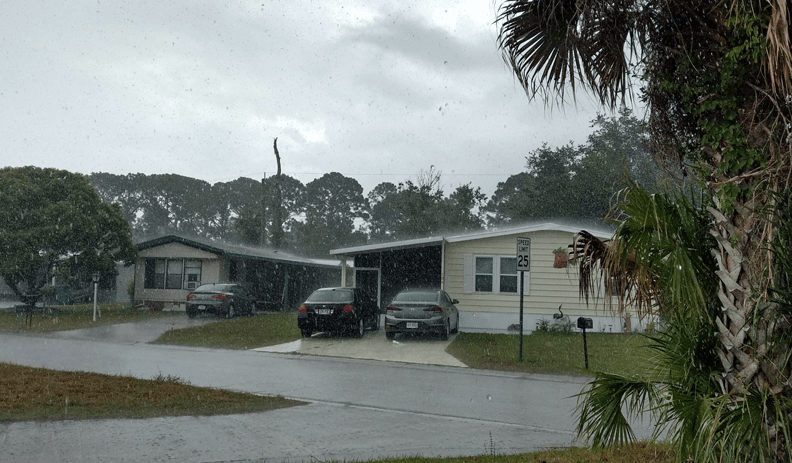 As I said above, on my last writing day, which was Sunday, I cranked out 6,150 words in my next Big Lake book. Most of yesterday was spent reading it and making corrections. With that finished, I got the blog written before it was time for dinner and an evening of relaxing with the television. We are partway through the third and last season of Bloodline on Netflix, and I’m going to be sorry to see it end. It’s a dark family tragedy full of deceit and betrayal, with lots of drama and action. My understanding is that it only lasted three seasons because of the high cost of filming it in the Florida Keys.

Today will be another writing day for me. I hope to get this new book finished by the end of the month. I’m more than halfway there, so I don’t think it’s going to be too hard to make that deadline. Then again, every time I say something like that, something goes haywire and throws me off schedule. I guess we’ll just have to wait and see what happens.

Thought For The Day – She said, “Undress me with your words.” I replied, “That’s a spider in your bra.”

One Response to “Six Thousand Words”