Some readers have asked me if we received the results of our COVID-19 antibody tests, which we took last Thursday at the Volusia County Fairgrounds. Yes, we got the results two days later, and both of us tested negative for having the antibody. Well, maybe we did since when we were getting the tests, the gentleman who was drawing my blood said they have had a lot of false readings, both negative and positive. I don’t know what that means except that we don’t really know any more than we did before we went there.

The reason we went and got the tests was because we had been so sick in late  February while we were in Arizona, and we thought if we did have the antibody, we could donate plasma to help somebody else who has the virus. At this point, I guess that’s not going to happen.

We are still doing our thing here at home every day. Terry finished weaving another shawl yesterday, and today she has to hem it and then take it off the loom. Me? I wrote somewhere around 10,000 words on Sunday, and another 8,000 on Monday. Yesterday was spent making corrections to all of that. I’m over 76,000 words into this book now, and it’s starting to wind down. I think I should have it finished in the next couple of days. Then Terry can start the editing and proofing process, and I’ll have it out sometime by early June if all goes well

After mentioning our MCI bus conversion in the blog a few days ago, I have had a dozen emails from people asking me all kinds of questions about converting a bus into an RV. One question I’ve been asked several times was how long does it take to finish a bus conversion. 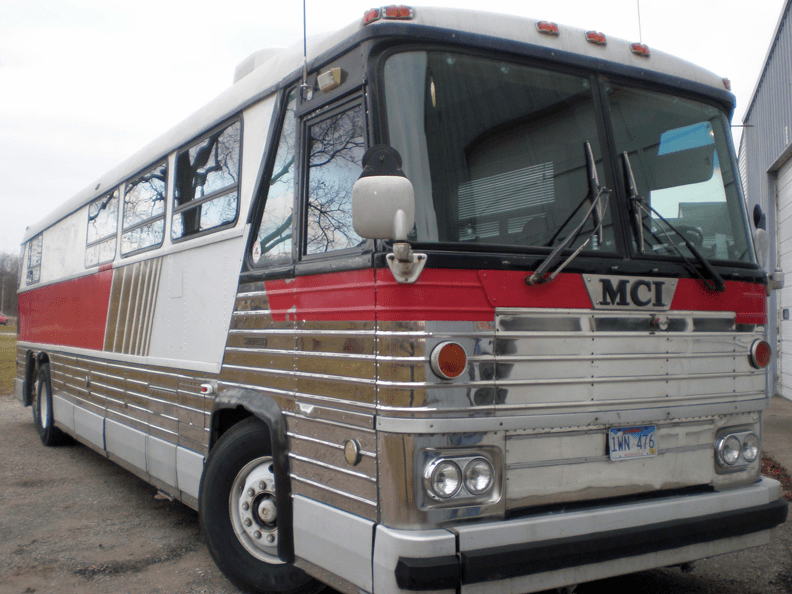 We had our bus for 8½ years, living in it while we were converting it. During that time, we were also traveling fulltime around the country publishing the Gypsy Journal, vending at RV rallies, presenting seminars at RV events, and we still were not finished when we sold it. But I know many people with bus conversions, and almost all of them will tell you the same thing – they are never finished. There’s always something you want to do, something you want to improve upon, something you want to try out. I’m sure someone working from home with a full shop and a lot of knowledge could get one ready to go within a year, assuming they worked on it fairly steadily. But even then, there is always going to be something more you want to do to it.

Another question was, in hindsight, would we do it all over again? If you asked us that back when we started converting the bus in our late 40s, I’d say heck yes, let’s do it again! If you asked me now, 20 years later, I’d say no way, it’s way too much work.

There are pros and cons to everything in life, the Detroit Diesel 8V-71 with an Allison automatic transmission in our bus would run forever, but it was underpowered, and they all tend to overheat. And I don’t believe they’ve ever made a two-stroke Detroit Diesel engine that didn’t leak oil. In fact, I had two different diesel mechanics tell me the same thing – if you bought a brand-new Detroit Diesel engine from the factory and took a picture of it and hung the picture on your refrigerator, two days later there would be a streak of oil running down the front of the refrigerator from the picture. It’s just a fact of life, they leak.

But they are also bulletproof. When we sold it, our bus had over a million miles on it, and it was old and tired. But it still went down the highway fine, and the ride was very comfortable. Now, climbing hills was a different story altogether! I can’t tell you how much time we spent in the far right lane of the highway, with our flashers on and engine misters pumping water onto the radiators to keep it cool, while we crawled up a steep grade at 10 miles per hour. It was not a rig to travel in if you needed to get someplace in a hurry.

The flipside of that is that the whole bus was like a giant roll cage, and we felt absolutely safe in it. If you have ever seen an RV that rolled in an accident, it’s not a pretty sight. They pretty much disintegrate. Our bus was built to DOT standards to haul passengers in comfort and safety, and to withstand just about any mishap we could have gotten ourselves into.

People have asked why we bought a Winnebago diesel pusher and sold the bus. That was a hard decision to make. As I said, it had a lot of miles on it, and it was tired. We considered putting in a factory rebuilt engine, but two different MCI mechanics we knew and trusted told us the same thing. If we upgraded the engine, we would also need to upgrade the cooling system, since both radiators were also worn out. And then, we would probably need to replace the transmission, too. By the time we were done, we would have spent almost what we paid for our 2002 Winnebago Ultimate Advantage with two slides, but we’d still have a 1976 bus with little resale value. So it was time to make a change. And while we shed a tear or two to see the old bus being driven away, we knew we made the right decision. 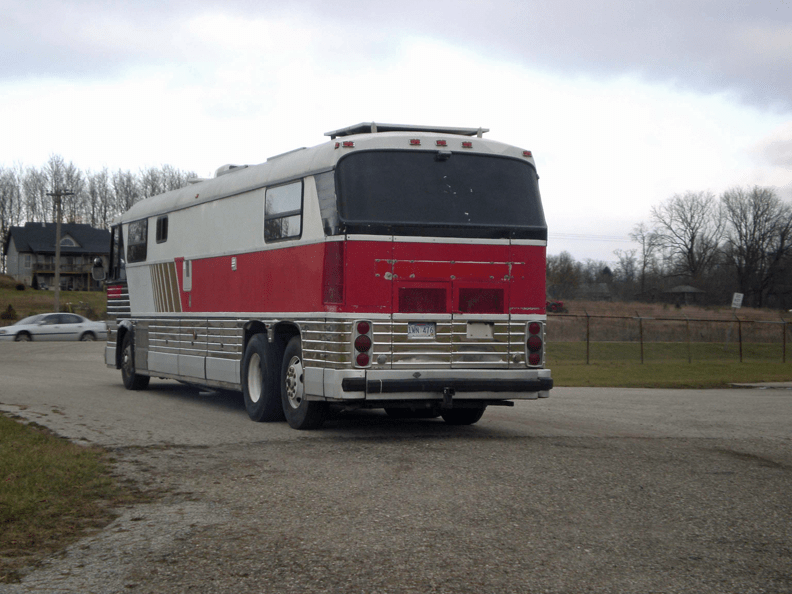 Thought For The Day – I am on a seafood diet. I see food, and I eat it.

One Response to “Negative… Maybe”