I’m back with more questions from blog readers about RVing, what’s happening in our lives since we hung up the keys, and all kinds of other things. While I try to answer all questions individually, I also share some here occasionally.

Q. When can we expect the next book from you, Nick?
A. I try to never give a release date because every time I do, something comes up to throw me off schedule. I am currently working on my next John Lee Quarrels book, The Road To Wrinkle Ranch, and it is moving along very well. I try to release a minimum of four books a year, and this will be my second one in 2020.

Q. We are RV snowbirds currently in Yuma for the winter. We usually leave here at the end of April and make our way back up north to see the kids, staying mostly in state parks along the way with occasional nights at a Walmart or other RV friendly business. But with so many state parks shutting down right now, we are concerned. Do you know of any place in Arizona with moderate Spring weather where we might be able to hang out for a few weeks until things settle down? We don’t do heat well, so Yuma, Phoenix, or Tucson are out of the question.
A. I would recommend the Verde Valley. There are several nice RV parks in Camp Verde and Cottonwood, as well as BLM land where you can dry camp just outside the Verde Valley Thousand Trails campground. Another option might be Benson. It has some nice RV parks and is always somewhat cooler than Tucson, which is less than an hour away.

Q. A few days ago you said that you had an appointment coming to schedule your nerve ablations. With so many things being canceled or closed, will that interfere with the procedure?
A. I have a consult with the doctor who will be doing the ablations scheduled for next week on the 25th. As of now, that is still on and I hope there will not be any delays.

Q. I am a new reader who saw mention of your burglary a few years ago. Your blog post about it did not say if they caught the guy who did it. Do you know?
A. After I slammed the RV door on his hand several times to get the gun away from him, he ran away. But the police put out an alert to be on the lookout for anyone with unusual hand injuries and he was arrested a few days later when he turned up at a hospital 70 miles away with seven broken bones in his hand and wrist. He was already a parole violator who had pulled several violent home invasions and burglaries while he was on the run, as well as Federal charges. So many that they did not even charge him with our burglary. The cops said he was going away for so long that my grandkids would be senior citizens if and when he ever got out. Of course, given the way our legal system works, he is probably on the street by now.

Q. How come we have not seen any of Miss Terry’s beautiful weaving creations lately? Please don’t tell me she’s quit. She was my inspiration to buy a loom.
A. Between medical appointments, scheduling her implant and recovering from the procedure, and then our month-long trip to Arizona, she has not had the time for weaving. But she is very eager to get back to it. She has several projects planned once she does.

Q. Even though you and Miss Terry hung up the keys, I still come to you for guidance like I have ever since we sat in on all of your seminars at Life on Wheels. For the last six years we have been fulltiming in a Montana fifth wheel, which we love, but we think it’s time to make the switch to a Class A motorhome. I am leaning heavily toward a diesel pusher, while my wife likes the idea of spending less money to purchase and maintain a gas powered motorhome. I know you have had both, Nick. Which would be your choice?
A. The old number I used to hear was 10,000 miles a year as a break even point. If you travel over 10,000 miles a year, you are supposed to be better off in a diesel rig. I’m not sure if that still applies, but for my money, a diesel beats a gas RV hands down in terms of ride comfort, power, towing capacity, and cargo carrying capacity. That would be my choice. 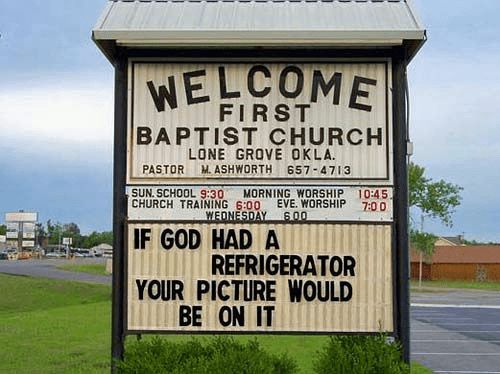 Thought For The Day – You know you’re getting old when “friends with benefits” means knowing someone who can drive at night.

One Response to “March Q&A”