Between lots of bad weather and lots of pain from my back, I can’t remember the last time I drove my Mustang. But I was feeling pretty good yesterday and the weather was nice, so I pulled it out of our garage so we could run some errands. As we were leaving the house I happened to notice the odometer, and decided that it would be a good photo op, so I pulled off the side of the road to take this picture. 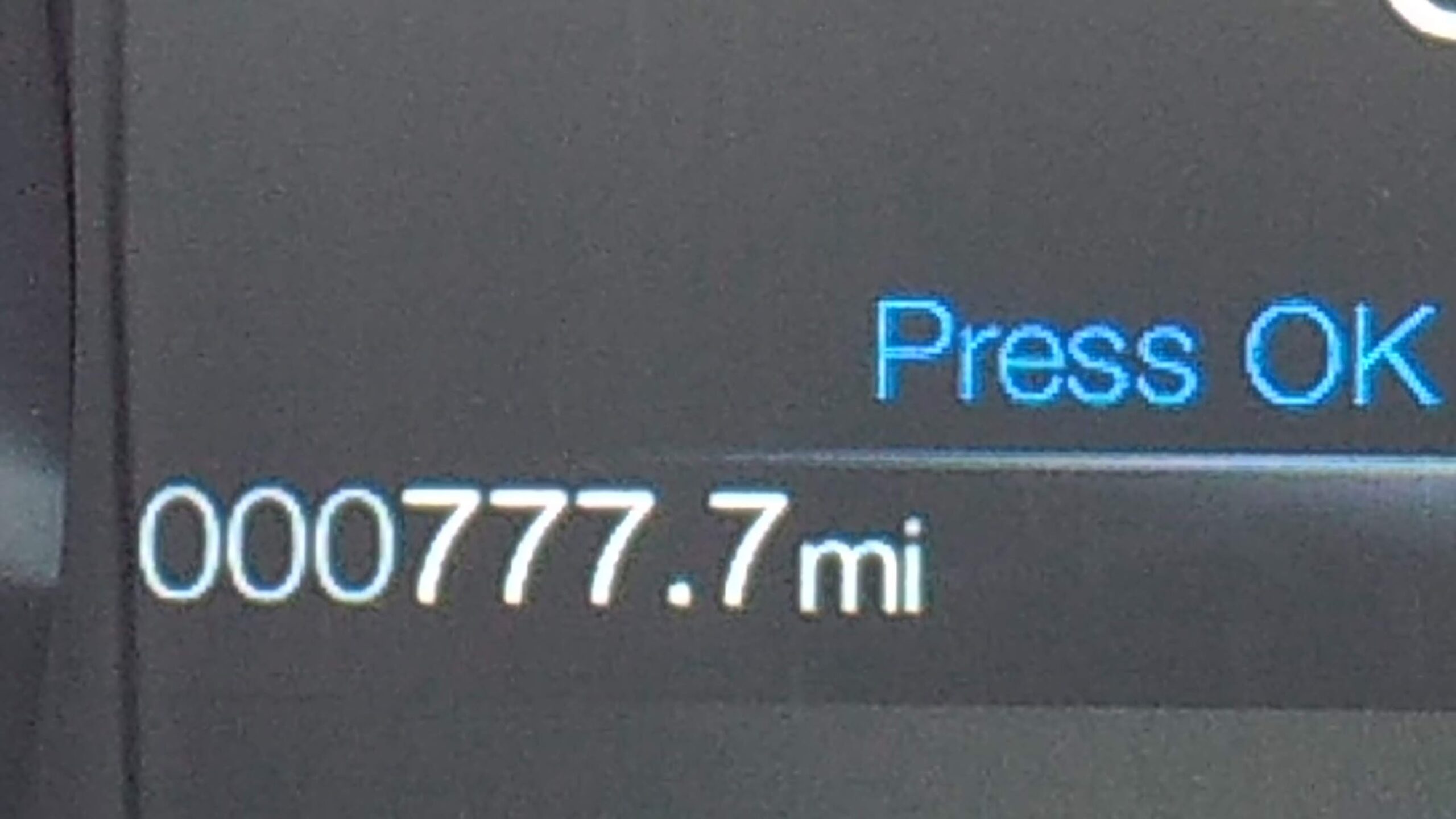 That’s right, my 2018 Mustang Eco Boost that I bought the end of November, 2018 is a true garage queen. It still only has 777.7 miles on the odometer. I wish I could see those numbers on a high dollar slot machine!

That’s less than 60 miles a month! I said when I bought the car that it is just a toy, but obviously I need to find more time to play, don’t I?

When I bought the car, couple of people asked if it was evidence of my midlife crisis. No, I had my midlife crisis when I was 46 years old. That’s when I divorced the cute little blonde bimbo 10 years younger than me, bought a red Corvette, and married a beautiful woman four months older than me. The Corvette was fun, but being with a person I can actually have a conversation with is even better.

We ran several errands, including some in Daytona Beach. While we were there we stopped at Books A Million and I picked up a couple of new books for research for my mystery novels. Even though Terry and I both have Kindle Paperwhites, which we use for reading fiction, for research books, I prefer them printed.

Speaking of books, I recently finished an excellent one called Killers of the Flower Moon by David Grann. It is a true crime book that reads like fiction, and you almost wish it was by the time you are finished with it. Back in the early part of the 20th century, the Osage Indians of Oklahoma were among the richest people in the world, due to oil being discovered on their reservation. Over a period of some 20 years, give or take, dozens, if not hundreds of Osage were murdered or simply disappeared at the hands of whites who wanted to get their hands on their oil money. It’s a story of corruption, graft, and greed that stretched from the sparse Oklahoma prairie all the way to Washington DC. 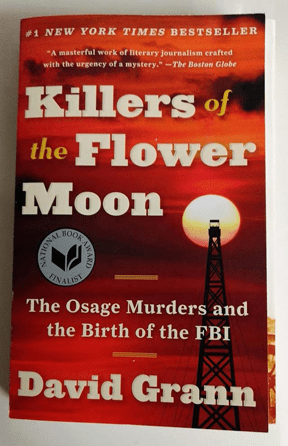 After our errands were done, we stopped at Hibachi Grill and Supreme Buffet for dinner. It seems to be our go to place in Daytona Beach, although there are a lot of other great places to eat in town. I go because I love their General Tso’s Chicken, and I think Miss Terry goes just because she loves me.

We had a wonderful surprise waiting for us when we got home. When we were visiting my son Travis and his wife Geli in Alabama back in July, we went to Spectre, which isn’t really a town, but was rather a set for the movie Big Fish. I wrote about that in this blog post. As I have mentioned before, Travis is an amazing photographer, and one of the pictures he took during that visit was of Terry and I holding hands as we were walking together down the only street in Spectre. Travis had that photograph printed on a beautiful curved beveled glass frame and sent it to us. We absolutely love it! Thank you so much, Travis. We will treasure it forever. 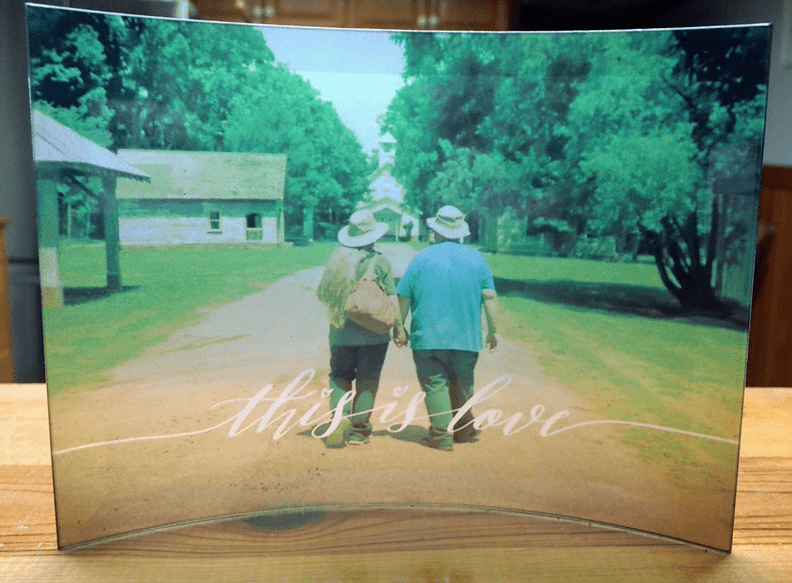 We spent most of the evening relaxing watching TV while I tried to reason with a cousin of mine who is irate because she went to an after Christmas sale and bought a bunch of goodies, including an Xbox for her son. But apparently, while putting everything away in the car the Xbox got set on the roof and forgotten. That is, until they were pulling out of Walmart and it fell off the back of her car and the car behind her ran over it. Both vehicles stopped, and the person in the second vehicle apologized and said it happened so fast he had no time to stop. Most people would chalk that up too bad luck and call it a lesson learned, right? Not this person. No, she expected the man in the second vehicle to reimburse her for the cost of the Xbox! When he said that wasn’t going to happen, she asked for his insurance information and he told her to go pound sand. I think that’s what I would have said, too. There’s a reason I don’t have much to do with some of my relatives.

Thought For The Day – Most household injuries are caused by saying “whatever” during an argument.