Note: This is day five of our trip home to Florida after spending time in Ohio researching a new book project.

As I wrote in yesterday’s blog, we spent the night in Benson, North Carolina, after getting frustrated with all of the heavy traffic and delays for construction on Interstate 95. I was hoping that things like careless attitudes behind the wheel and narrow construction zones might have magically sorted themselves out overnight, but one look across the empty field to the interstate highway from the hotel’s parking lot the next morning let me know I was wrong. All I could see was long lines of stopped traffic in the southbound lanes. I told Miss Terry we needed to find a way around that nonsense.

The map showed US Highway 301 paralleling the interstate southbound, so we drove a mile or so into town and picked it up. What a difference! It was good two lane road that took us through several small towns before rejoining Interstate 95 just north of Fayetteville. By then whatever had traffic backed up behind us was far enough away that things were much better

For at least 25 miles before we got to the South Carolina state line we began seeing billboards for South of the Border. 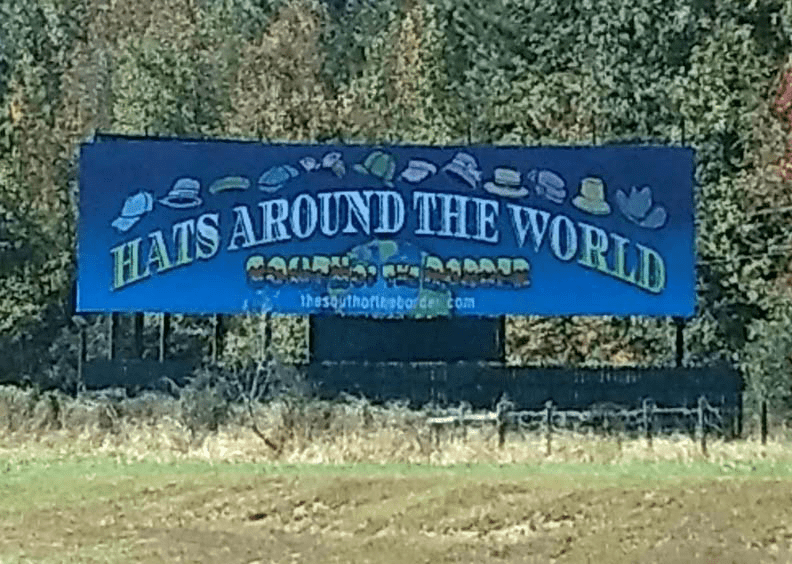 If you are not familiar with this gaudy tourist attraction, you can buy anything from fireworks to novelty toilet paper there while you fill up your gas tank and your stomach. South of the Border began in 1949 as a place where people from just across the line in North Carolina could buy beer, which was not legal where they lived. 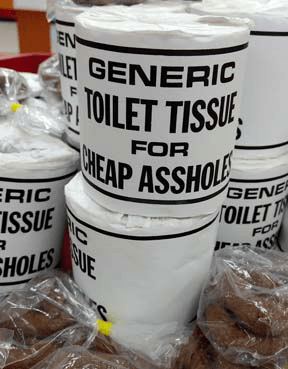 From there it grew into a huge complex with a motel, restaurants, small zoo, and everything else a roadside tourist trap needs. And all of it is in the shadow of the 97 foot tall statue of Pedro, the place’s icon. There are smaller Pedro’s at each entrance and painted on several buildings. And, of course, you can buy souvenir mugs, key chains, and T-shirts with Pedro on them. 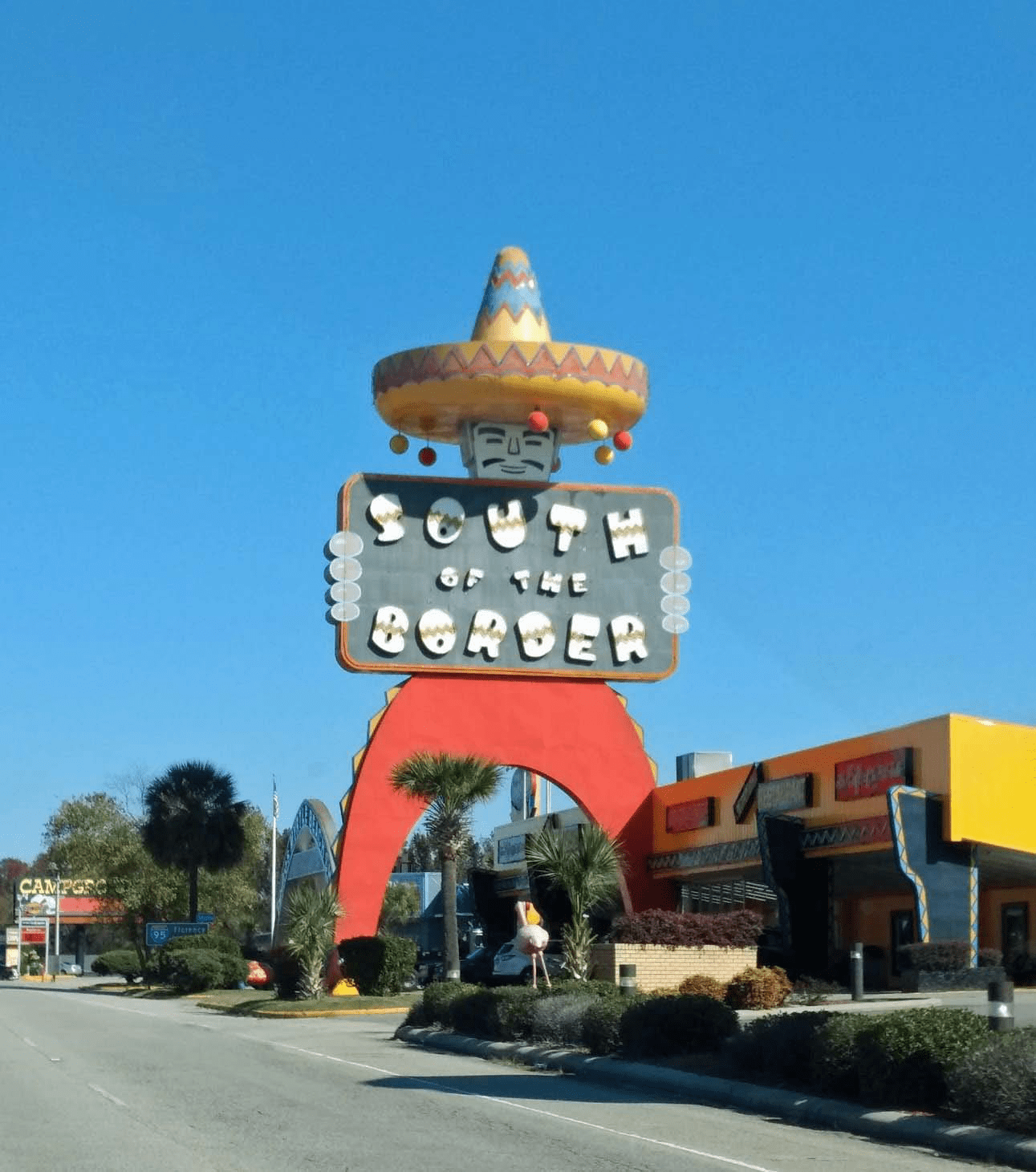 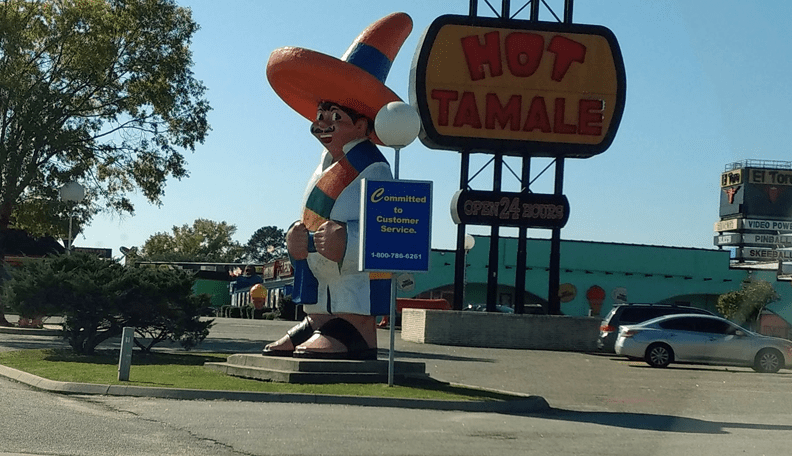 In today’s politically correct society, some claim this is racist. But as this article from an area newspaper explains, nothing could be further from the truth. Alan Schaeffer, the Jewish man who created South of the Border, ruffled quite a few Southern feathers when he employed African-Americans and people from Mexico to work at his business. Even the Ku Klux Klan became involved. But Schaeffer, armed with a rifle, let them know he would not back down and they slunk away like the cowards they were.

That doesn’t mean they won’t compromise at South of the Border. Which way would you prefer your total paper, unrolled from the front or the back? Either way, they’ve got you covered, no pun intended. 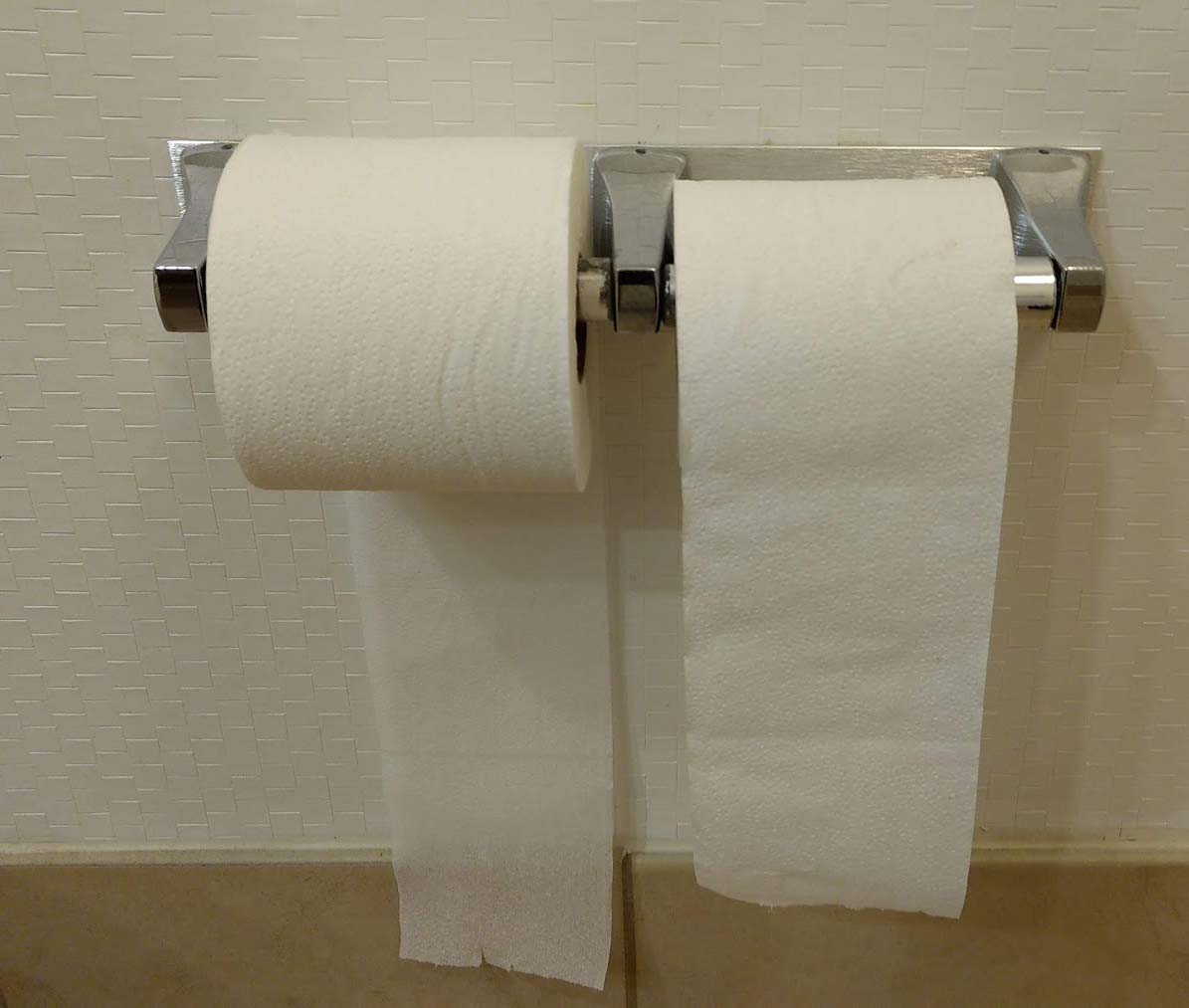 At Florence, we got off the interstate and took US Highway 52 through Lake City to Pineville. It was a good highway, some of it divided four lanes and some two lanes. As it turns out, there’s not much to Pineville. The post office, a truck repair shop, a Subway sandwich shop, some kind of dollar store, and this church. At one time Pineville was a bustling little village, but in 1865 Union troops burned most of it to the ground, sparing the church, library, and a couple of the buildings. I guess it never fully recovered. 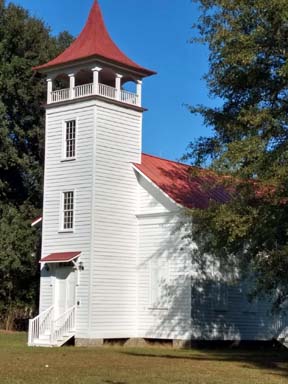 We weren’t there for Pineville itself, but rather to visit the grave of Revolutionary War hero Francis Marion, also known as the Swamp Fox. It took some trying, and we drove down two or three wrong roads before we came upon the sign for the state historic site where his grave is located on land that was once the Belle Isle plantation, owned by Marion’s brother, Gabriel. I will have a blog post about the Swamp Fox before too long. 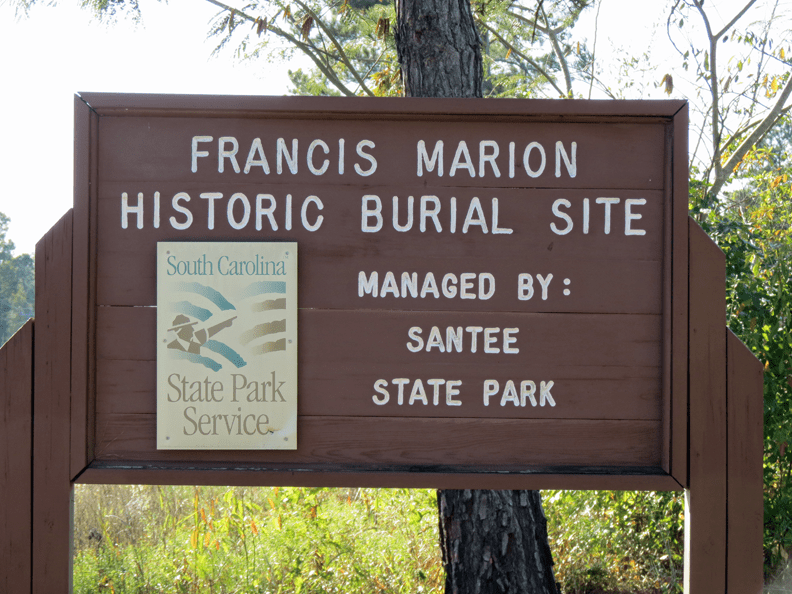 Making our way back to Interstate 95, we continued south to the Savannah area to Exit 94, where we stopped for the night. There was an Applebee’s restaurant right across the parking lot, so as we soon as we got everything into our hotel room, we walked over there to eat.

We usually enjoy Applebee’s, but this time was beyond bad. It took a while before our meals came, and when they did, both of them are wrong. Mine had things on it that I’m allergic to and had specifically told the waiter I could not have, and Terry’s was almost raw instead of cooked the way she asked. Eventually they brought Terry’s back to her and it was still raw, and mine never came.

Meanwhile, our waiter seemed to have disappeared. In frustration, I found the manager laughing and joking with a couple employees instead of taking care of business. I told him about our orders being messed up and the poor service, and he told me that was because they were shorthanded that night. That wasn’t exactly true since there were a lot of empty tables and the staff seemed to have no problem congregating in corners to talk. I told him we were done and we left.

Just across the street was a Ruby Tuesday, and I’d like to say that we had better service there, but if I did I would be lying to you. It was almost like a repeat performance of Applebee’s. If it had been my first experience at either of their restaurants, I would have never have gone back a second time.

We had traveled 325 miles that day and were more than ready for bed when we walked back to the hotel.

Thought For The Day – These days “on time” is when I get there.