I have already shared some of our activities while we were in Ohio in previous blog posts but I thought I’d tell you a bit about our trip there in a couple of posts.

We left Edgewater, Florida on Sunday, October 27, and took Interstate 95 north to Jacksonville, where we picked up U.S. Highway 1 and took it into Georgia. Whenever possible we like to get off the interstates and onto the U.S. and state highways, passing through the small towns and seeing the real America, not the corporate cookie cutter version of it found at every interstate off ramp in the country.

We stopped for lunch and gas at Waycross, slowing down to admire neat old houses and small town business districts, lost count of how many old cars with For Sale signs sitting in front yards we saw, some looking really nice and others no more than rusting old hulks that someone thought (or hoped) somebody might be willing to buy and restore.

Eventually we made our way to Athens, where we stayed at the Hampton Inn for the night. Hampton Inns are part of the Hilton hotel chain and we always stay at them when available. We know we will get a clean, comfortable room at a reasonable price. In total, this was a 445 mile driving day for us.

Athens is a nice small city, home to the University of Georgia, and even in the summer the place was busy with students coming and going from classes. Athens was also home to actress Kim Bassinger, as well as to more NFL players, musicians, and political type folks than I have room to list here.

I love finding oddball attractions, and there are two in Athens that were worth a side trip to see. The first was this unique double barrel cannon, which its inventor was sure would decimate any Union troops foolish enough to attack the town during the Civil War. Things didn’t work out quite the way he had hoped, which you can read about in a previous blog post, Double Trouble. 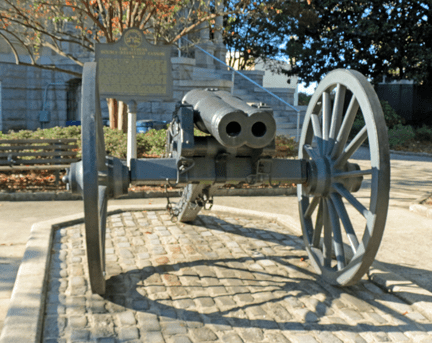 The other Athens oddity we stopped to check out is The Tree That Owns Itself, a white oak tree that has legal ownership of itself and all land within eight feet of its base. Also known as the Jackson Oak, it is located at the corner of South Finley and Dearing Streets. As the story goes, at one time a man named Colonel William Henry Jackson owned the land where the tree stands. He had so many wonderful memories of climbing it and making a tree fort in its branches that he deeded the tree to itself to protect it from ever being cut down. There is some debate as to whether that ever really happened or if it is just popular folklore. 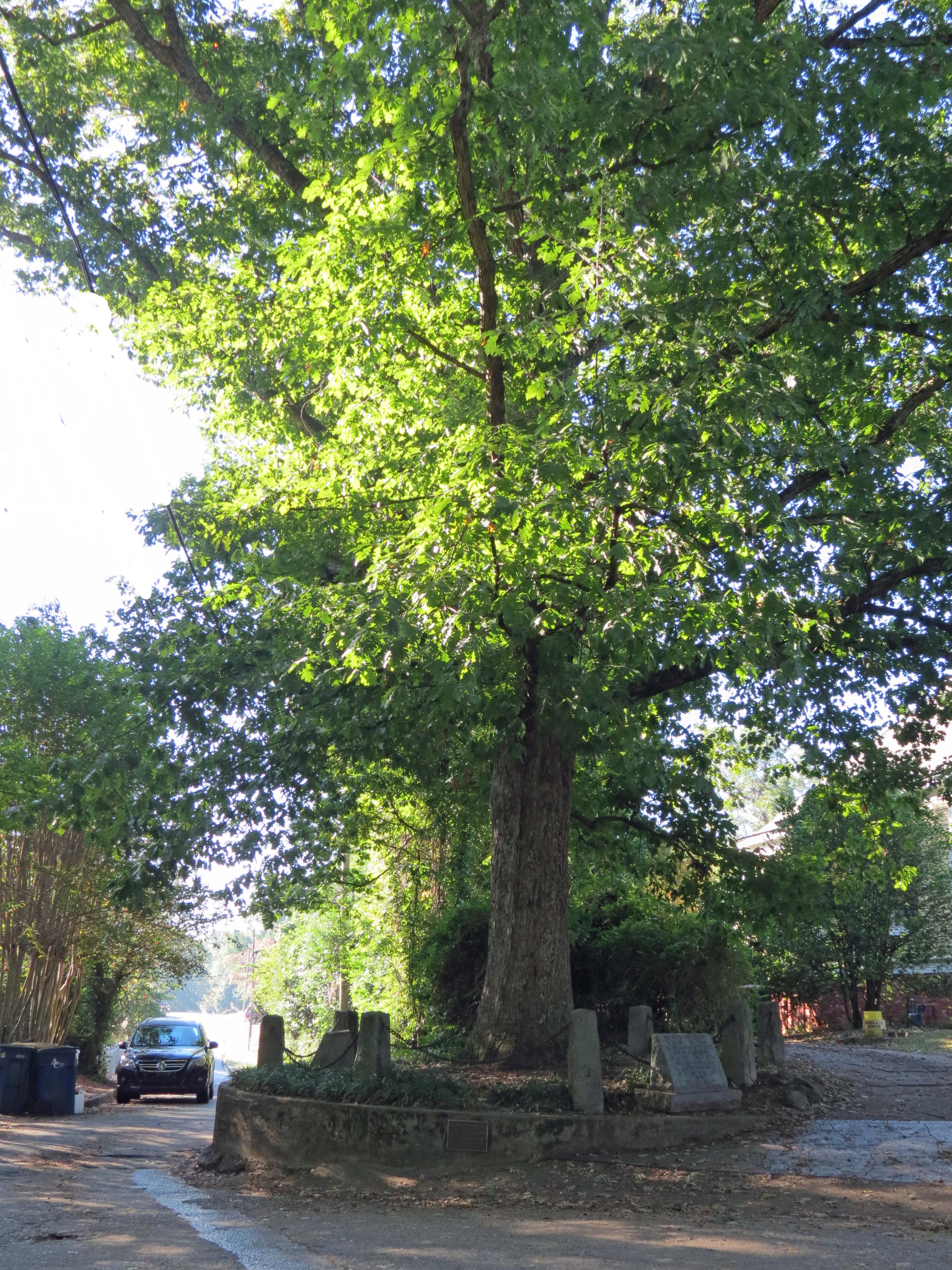 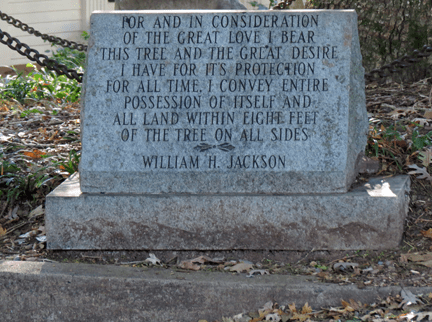 At any rate, this isn’t really The Tree That Owns Itself anyway. The original tree, which was estimated to date back to somewhere between the mid-16th and late 18th century, toppled during a storm in 1942. But a new tree grew on the same spot from one of its acorns so I guess the tree here must be the son or daughter of The Tree That Owns Itself. A less sophisticated guy than me would say it has to be the son, because… well, it has nuts. But we all know I’m too classy for that, right?

If I can get online tomorrow, I will tell you about day two of our trip, which included a drive through the Smoky Mountains.

Thought For The Day – Women are like cops. They can have all the evidence in the world, but they still want a confession.