My father was a great reader, and some of my earliest memories of our times together are of him reading me stories from the classics. Treasure Island, Moby Dick, Oliver Twist, Robinson Crusoe, Little Women, The Last of the Mohicans, A Tale of Two Cities, The Call of the Wild, Gulliver’s Travels, and A Connecticut Yankee in King Arthur’s Court.

He passed his love of books down to me and I can’t remember a time when I wasn’t reading something. Books opened up a whole new world for me. Many worlds. Long before I ever saw a sailing ship, I knew what it was like to stand on the deck of one in a roiling sea. I was 30 years old before I saw my first whale, but Herman Melville had already introduced me to these great creatures. And every time I cross the mighty Mississippi River I think of Tom Sawyer and his buddy Huck Finn floating down the big river on their raft.

One book I remember reading when I was young that really stood out to me was Pearl S. Buck’s The Good Earth, about peasant life in China. Any time a kid of my generation didn’t want to eat their vegetables, we were reminded that there were starving people in China who would be glad to have them. The Good Earth taught me about those people.

Pearl Comfort Sydenstricker, the daughter of Presbyterian missionaries to China, was born June 26, 1892, in Hillsboro, West Virginia at her mother’s family home while her parents were home on furlough. Five months later they returned to China with their infant daughter.

Though they could have lived in the compound with other missionaries, Pearl’s parents preferred to live among the Chinese people. She grew up playing with Chinese children, visiting with them in their homes, speaking Chinese, and being absorbed into their culture. An intelligent child, she seemed to soak up everything around her like a sponge, and much of what she experienced in her early days was later used in her novels.

Home-schooled by her mother, who required her daughter to write something each week, the future author saw her first work published when she was just six years old, a short piece in the weekly children’s edition of the English-language Shanghai Mercury newspaper. An avid reader, she devoured the classics, as well as books on Confucianism and Chinese history.

Returning to the United States in 1910, Pearl enrolled in Randolph-Macon Woman’s College in Lynchburg, Virginia. She received a bachelor’s degree in Philosophy in 1914, and shortly thereafter returned to China to care for her mother, who had fallen ill. In 1917, she married an American agricultural missionary named John Lossing Buck, and the couple spent their first five years together living in a small town in northern China. Pearl drew from these memories when writing her best-selling book, The Good Earth. 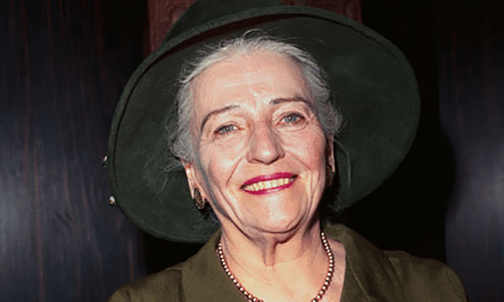 The couple’s only biological child, Carol, was born in 1920. Concerned that her daughter was not developing normally, Pearl sought advice from doctors, who assured her that nothing was wrong. In fact, something was very wrong. Carol suffered from PKU syndrome, a debilitating disease that results in progressive mental deterioration if not diagnosed and treated at birth.

In 1925, Pearl and her husband returned to the United States, where she earned a Masters degree in English literature from Cornell University. The couple adopted a baby girl, naming her Janice, before returning to China.

Unable to care for the increasing needs of her first daughter, Pearl enrolled Carol at the Vineland Training School in New Jersey in 1929, where she lived until her death in 1992. Concerned about paying for Carol’s care and schooling, Pearl, wrote her first novel, East Wind, West Wind. It was rejected by every publisher she submitted it to before the John Day Publishing Company bought the rights to it in 1930. Two years later, her next book, The Good Earth, won the Pulitzer Prize. It remained on the bestseller list for 21 months and was turned into an Oscar-winning movie in 1937.

Success seemed to follow success, and in 1938, Pearl S Buck was awarded the Nobel Prize in literature for her epic portrayal of Chinese peasant life and for biographies she had written about her parents. She was the first American woman to be awarded both the Pulitzer and Nobel Prizes for literature.

Experiencing marital problems and concerned about the changes in China as the Nationalists and the Communists struggled for power, Pearl and her family returned to the United States in 1934. Shortly thereafter she divorced her husband, and in 1935 she married Richard Walsh. They purchased Green Hills Farm in Bucks County, Pennsylvania, where they raised their seven adopted children and several foster children. 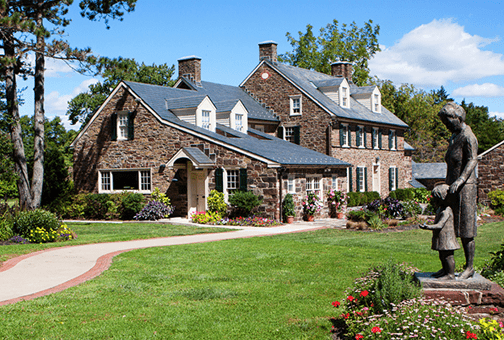 In 1950, Pearl shared her personal feelings and experiences with Carol in a book titled The Child Who Never Grew. The book continues to help parents of children with similar mental disabilities today.

Never one to rest on her laurels, Pearl continued to write daily at her farm in Bucks County, Pennsylvania. In her lifetime she penned more than 70 novels, in addition to biographies, an autobiography, essays, and plays. A woman before her time, she was also very involved in humanitarian causes, advocating cultural understanding and racial harmony to help achieve world peace. She was an outspoken advocate of the Civil Rights movement in the United States back in the 1930s, long before it was popular to do so.

In 1949 she helped create the Welcome House Adoption Agency, which continues to find loving homes for children of mixed race today.

Shortly before her 81st birthday, Pearl S. Buck died of cancer, on March 6, 1973. She asked that she be buried on the grounds of her beloved Green Hills Farm. 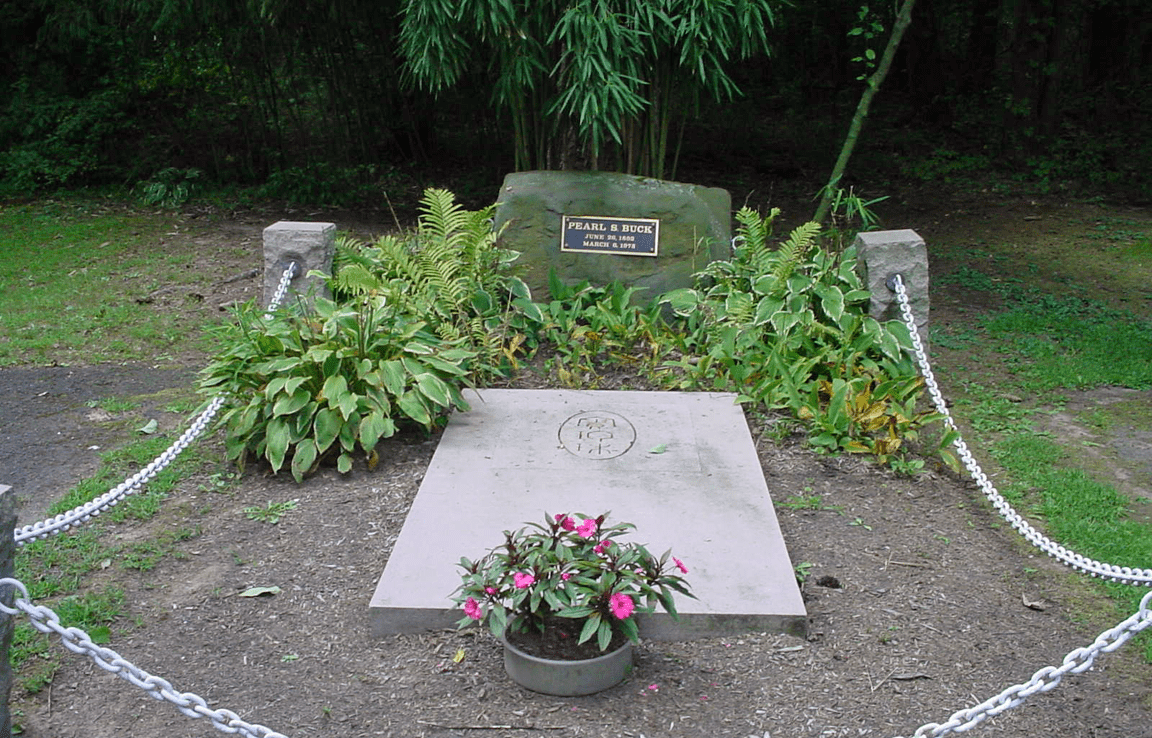 The home of the famous writer has been named a national historic landmark, where visitors can tour Green Hill Farm and see the desk where Pearl wrote The Good Earth, admire gifts from the Dalai Lama and President Richard M. Nixon, and see her Nobel and Pulitzer prizes. 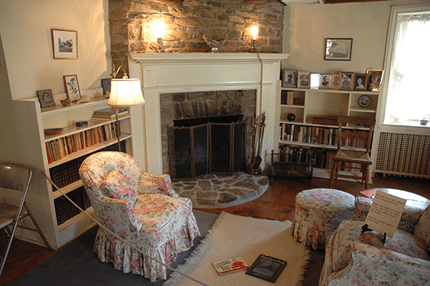 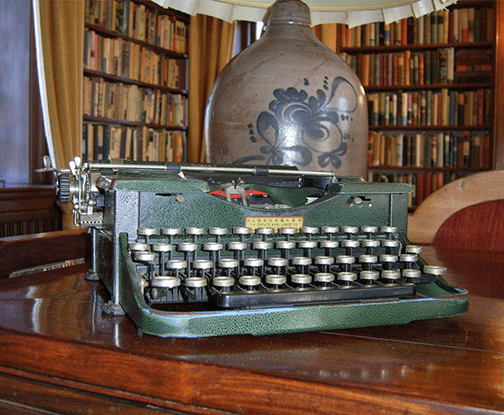 Outside the house, visitors can stroll through the beautiful gardens, pay their respects at the author’s grave, and stop at the Exhibit Gallery to see changing exhibits on culture, literature, and history.

The beautiful home you see today almost disappeared. In 2004, it was in a sad state of disrepair. Windows were broken, ceilings leaked, and structural and electrical deficiencies threatened its very existence. The house was listed by the National Park Service as one of the country’s most endangered historic landmarks. Realizing the importance of this historic treasure, a $2.8 million restoration began, which took six years. The grand reopening took place on June 26, 2013, which was, fittingly, Pearl S. Buck’s 121st birthday.

Only a short drive from Philadelphia, the Pearl S. Buck house is located at 520 Dublin Road, Perkasie, Pennsylvania. Guided tours are held daily, but the schedule changes with the time of year. Admission is $15 for adults, $12 for seniors, and $7 for students. For more information and tour schedules, call (215) 249-0100 or visit the home’s website at www.pearlsbuck.org

Thought For The Day – Never ruin an apology with an excuse. – Benjamin Franklin