Quite a few readers have been asking about my episode of dizziness and the bad headache I had a couple of weeks ago. I’m doing much better now, thank you. The MRI of my brain didn’t show any issues, and to be honest, I was surprised it even showed there was a brain in there. I was also experiencing a lot of stiffness in my neck, which has been persistent to a lesser extent. The doctor seems to think that a pinched occipital nerve in my neck causing the problem. It hasn’t come back, and I’m happy about that.

One of the first things that Terry and I learned when we bought our house here in Florida is that no matter who you call to get any kind of work done, don’t expect them to get back to you in a timely manner, if they do at all. We have called a number of companies for help with several projects around the house, and more often than not, if you get a call back (which happens about half the time) and a repair man makes an appointment, there’s pretty good chance he won’t show up. And if he does, he might be anywhere from an hour to a week late. My feeling has always been that if you can’t do what you tell me you’re going to do before you get my business, there’s little chance you will keep up your end of the bargain up after I hire you.

So we were very surprised when we called a company called Simmons Services last week to get an estimate for pressure washing and painting our house. The owner and his wife arrived five minutes early, measured everything and said they would get back to us with an estimate later that day. Sure enough, three or four hours later I got an email with the estimate. I like dealing with people who do what they’re supposed to do, so we will probably give these folks a shot. I have a pressure washer and have done the house myself in the past, but the way my back’s been lately I’m just not up to it.

Do you know what really sucks? Getting bitten by fire ants. I know this because when we went to visit my son and his wife in Alabama in early June, I got a bunch of fire ant bites on my feet and legs. They were really miserable for about a week or ten days, before they finally let up. Do you know what else really sucks? Since then, about every week or so one, two, or more of the bites flare back up and begin blistering and hurting like heck all over again, like I just got bit. Not fun. Not fun at all.

I spent the last few days writing and have gotten quite a bit accomplished in my new book. But yesterday morning Terry had an appointment with LabCorp to get blood drawn for an upcoming doctor’s appointment, and when she was done there we went out to breakfast at a restaurant called the Sandbar Café. It’s a small place that is popular with the locals and snowbirds alike.

Back home, we went down to the dock and sat for a while, just enjoying being by the water. It was in the low 80s with a breeze blowing, so quite comfortable. We were hoping to see some of the dolphins that are normally playing around out there, but they seem to be someplace else right now. We did see a couple of manatees, one of which swam under the dock right beneath our feet. And it had a crab riding on its back as a hitchhiker! I tried to get a picture, but by the time I got my phone pointed in the right direction it was gone.

I did get this nice picture of a sailboat going up the river. No matter what your troubles may be, life is always better when you’re on the water. 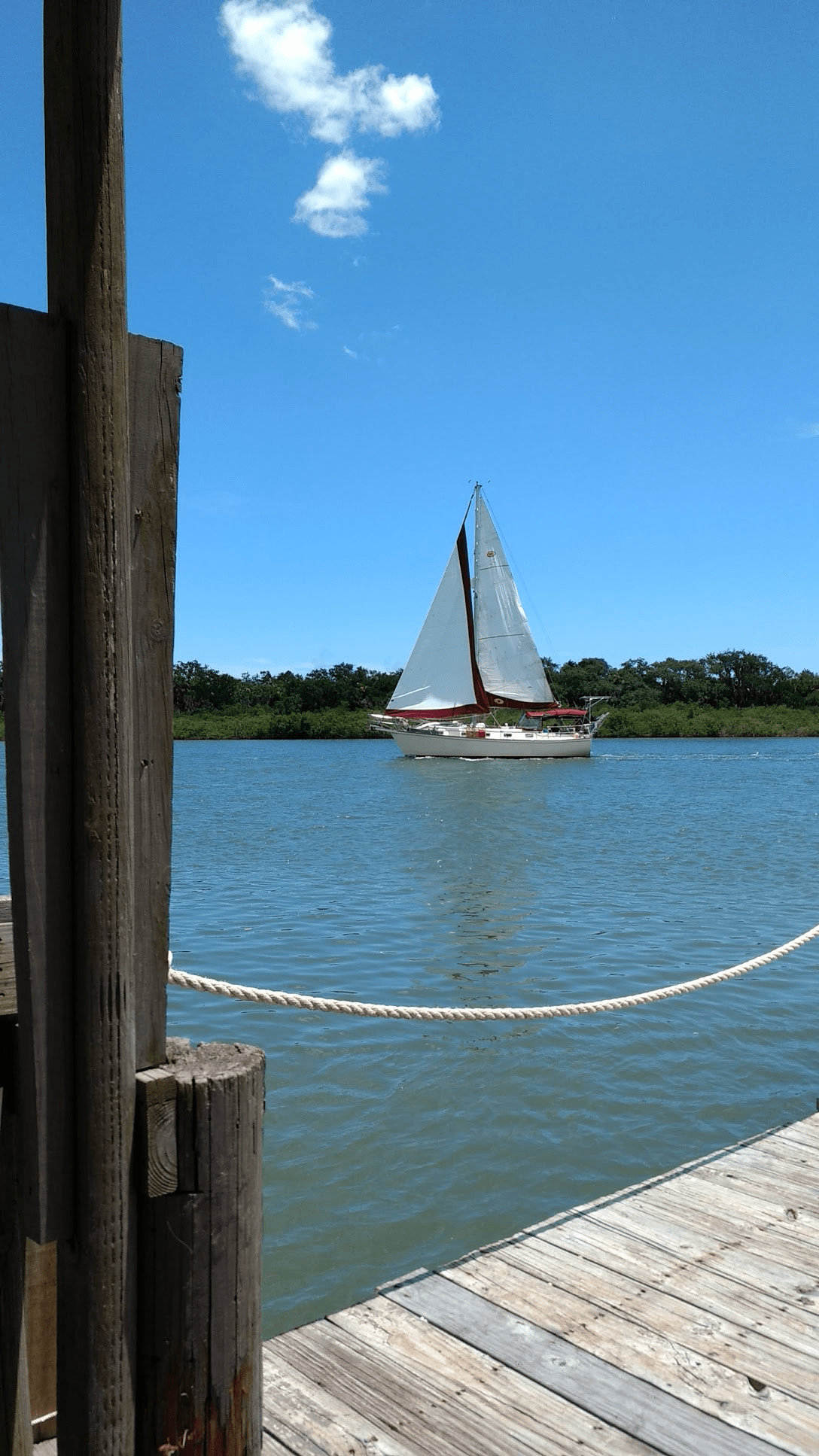 Back at home, Terry made this delicious calzone for dinner. Yes, life is good! 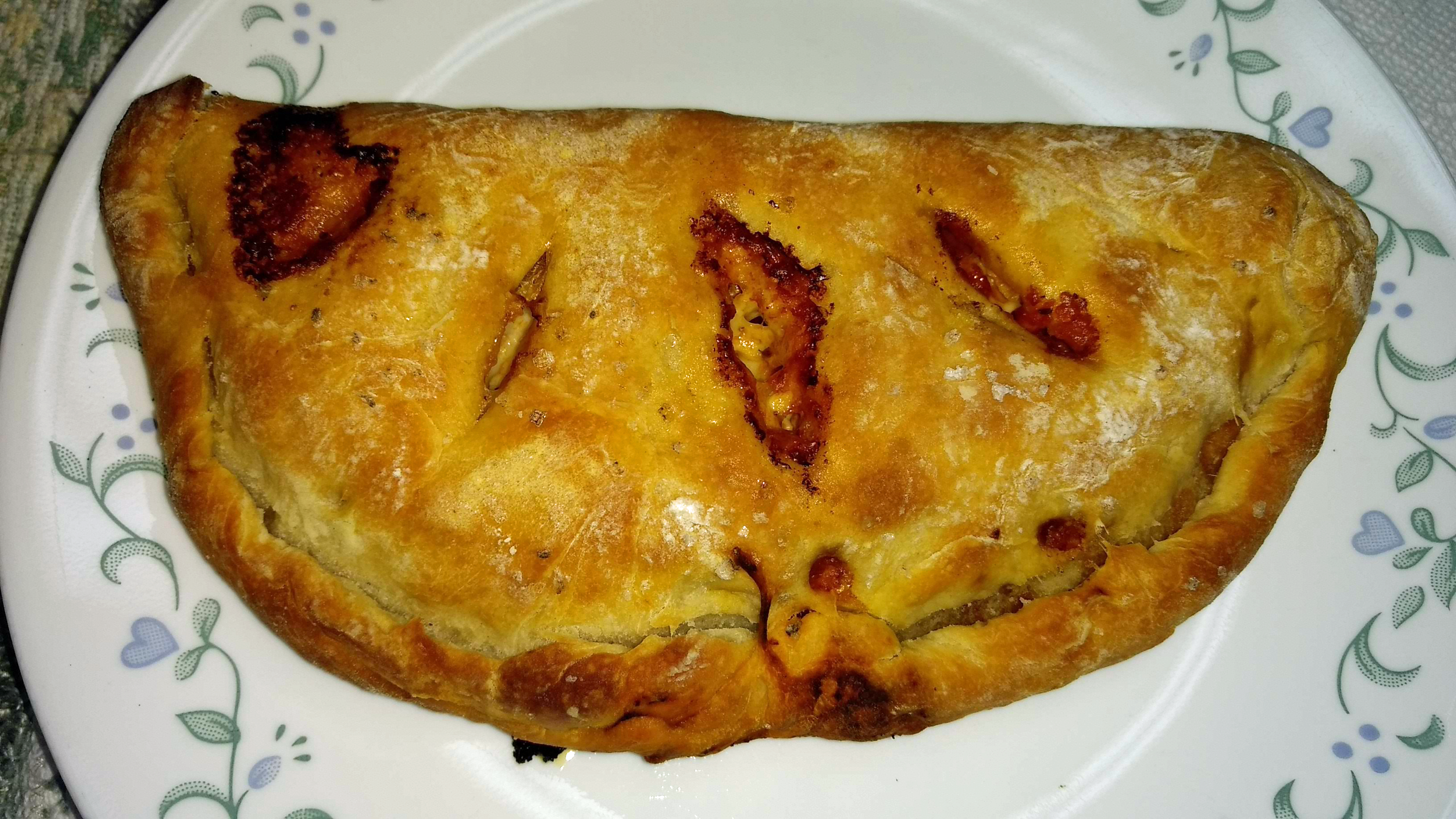 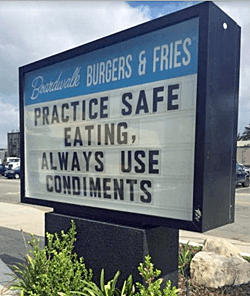 Thought For The Day – A ship at anchor in the harbor is safe from storms, but that’s not what ships are for.