Mobile, Alabama has a long and colorful history. The first Europeans to visit the area were Spanish explorers who came to Mobile Bay as early as 1500. Hernando de Soto clashed with the local Indians in 1540, burning their town of Maubila, from which we get the name Mobile. For the next century the Spaniards sent expeditions to fight the native people for control of the region.

France, Spain, and Great Britain were constantly at war with each other to expand their colonial power. In 1702, Mobile was founded by the French and became the capital of French Louisiana and remained a part of New France for over 60 years. By 1763, the British were in possession, and in 1780, Spain wrested control away once again, then lost it to the British once more. During the War of 1812, Mobile was captured by American forces and became part of the Mississippi Territory. Six years later, in 1819, Mobile became part of the new state of Alabama. Then in 1861, Alabama seceded from the Union and joined the Confederate States of America and yet another flag flew over Mobile until the Civil War ended.

With its strategic location on Mobile Bay, the town was an important trade center. During the antebellum period when cotton was king, the population grew and the city prospered, becoming the second largest port on the Gulf Coast. Many wealthy planters had summer homes in and around Mobile to take advantage of the sea breezes when their inland plantations became too hot and humid for them. Blockaded by the Union Navy during the Civil War, Mobile fell on hard times for a while, but rebounded when the war ended and the country was reunited.

Today Mobile is a beautiful, thriving city that has withstood everything from war and racial strife to hurricanes with grace and dignity. Given all of that, we weren’t surprised to find one of the best medical museums we have visited there. Ever since the 1840s there had been talk of establishing a medical school in Alabama, and in 1859 it opened in a rented building with a faculty of seven physicians and more than 100 students. Mobile physician Dr. Josiam Nott was largely responsible for the establishment of the first medical college, raising funds from local citizens when the state legislature would not authorize the money.

The school did well until the Civil War began, when most of the medical students enlisted in the Confederate Army. During the war the school building was used as a barracks for troops. But once the conflict was over it reopened and continued to thrive.

Today the Mobile Medical Museum is home to the Southeast’s largest collection of medical artifacts. The small museum is fascinating, covering 200 years of medical history with displays of early surgical instruments, equipment, machinery, and medications. 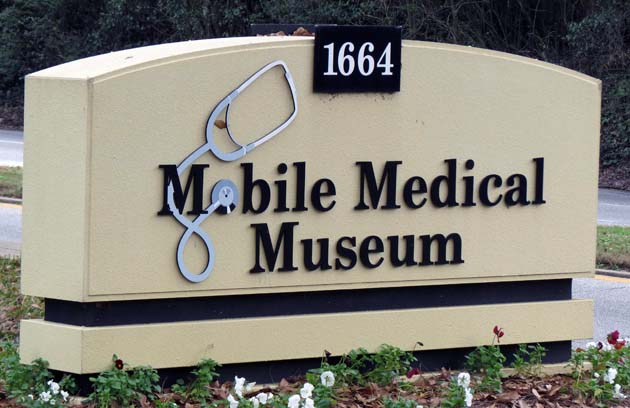 Some of it is quite grim, like this saw (top) used for amputations back in the 1850s, or this bloodletting fleam (bottom), dating back to 1790. Bloodletting was a common practice, based on the belief that illness could be prevented or cured by puncturing a patient’s vein and letting the “bad” blood flow out. This was also accomplished by using leeches. I’m not sure which method makes me shudder more. 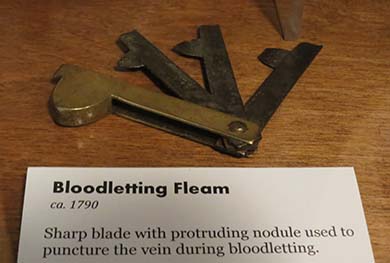 While he was working to establish the school back in 1850, Dr. Nott traveled to Europe to obtain the most up-to-date equipment and specimens he could find for the school. In Paris, he purchased two highly detailed papier-mâché anatomical models that he brought back to Mobile, and they are on display at the museum now. 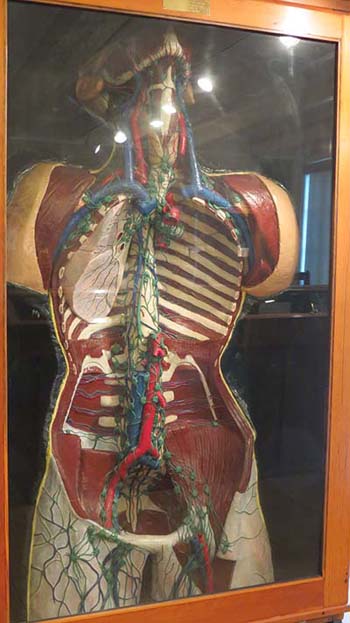 Children of my generation grew up under the constant threat of polio, a disease that created horrible damage and took many lives. This iron lung was a last resort for many people stricken with the disease. During the worst of the polio epidemics of the 1940s and 1950s, entire wards of hospitals were filled with patients, mostly children, in iron lungs. For some, it was a treatment that lasted a week or two, but there were other unfortunate individuals who spent their entire lives in these machines. One of them was June Middleton of Melbourne, Australia, who lived more than 60 years in an iron lung before she died in 2009, at age 83, after spending more than 60 years in the machine. 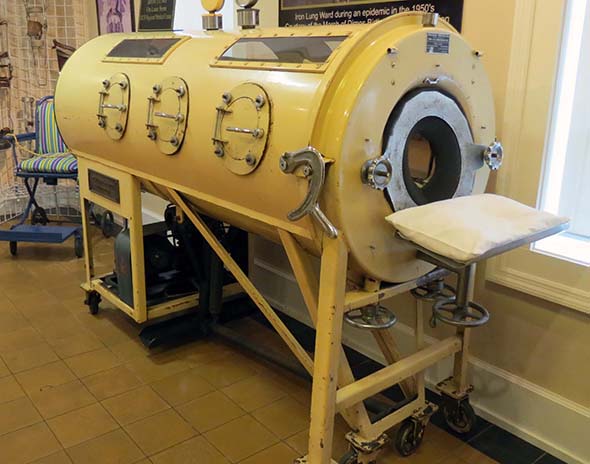 The museum also has displays of antique spectacles from around the world, forceps, early-day wheelchairs, a 1930s-era doctor’s examination room, wax models of limbs affected by smallpox, a 1920s electrocardiograph machine,  and lots of other items that will make you appreciate the strides in modern-day medicine. 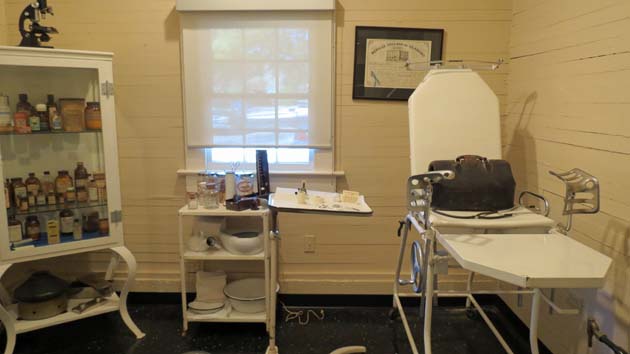 Housed in a home that was constructed in 1827, one of the oldest structures in the city, the Mobile Medical Museum is located at the entrance of USA Children and Women’s Hospital. It’s well worth your time to stop and check it out the next time you’re in the Mobile area.

The museum is open Tuesday, Wednesday and Friday from 10 am – 4 pm and Thursday from 10 am to 6 pm, and the first Saturday of every month from 1-3 pm by appointment only. Admission is $6 for adults, $5 for seniors over age 62 and students, and $4 for children under age 12.

The streets and parking areas around the museum are not adequate for large RVs, so stay in one of the many RV parks in the area, or across the bay in Baldwin County, and visit in your car or tow vehicle. For more information on the Mobile Medical Museum, call (251) 415-1109 or visit their website at http://www.mobilemedicalmuseum.org/.

Due to limited staffing, appointments are recommended. Please call (251) 415-1109 to set up a time to visit the Museum.

Today is your last chance to enter our Free Drawing for an audio book of undone, the first book in my buddy Jason Deas’ new Burt Bigsley mystery series. To enter, all you have to do is click on this Free Drawing link or the tab at the top of this page and enter your name (first and last) in the comments section at the bottom of that page (not this one). Only one entry per person per drawing please, and you must enter with your real name. To prevent spam or multiple entries, the names of cartoon or movie characters are not allowed. The winner will be drawn this evening.

Thought For The Day – Keep every stone they throw at you. You’ve got castles to build.