When asked what is the one piece of advice I would give to new RVers, whether they be fulltimers, snowbirds, or weekend warriors, the answer is always the same. Slow down. Not just slow down, but sloooow dooooown!


New RVers all fall into the same trap – they want to see as much as they can as fast as they can. All that leads to is frayed nerves, empty wallets, and exhaustion. It usually takes a new fulltimer a year to 18 months to get that out of their system. As I always told people in my seminars at RV rallies and shows, no matter how fast you travel, you’re never going to live long enough to see it all because there’s just too much to see out there. So slow down and enjoy the ride, and take the time to explore the hidden treasures in every corner of this country that everybody rushes past trying to get to somewhere else.

A good example is northwest Alabama’s Dismals Canyon, an overlooked gem that is simply breathtaking. This 85 acre natural wonderland, with its dozens of sandstone grottos, two waterfalls, six natural bridges, and giant moss covered boulders strewn about by ancient earthquakes takes a little bit of effort to get to, but it’s well worth the time to explore it.

Native people known as Paleoamericans called the canyon home nearly 10,000 years ago, and the artifacts they left behind gives modern-day man a glimpse into the lives and culture of these Stone Age predecessors to the people who call Alabama home today.

Over time they were replaced by other tribes, notably the Chickasaw and Cherokee. But those newcomers’ time in the canyon would be relatively short, in terms of the overall history of mankind. In 1838, U.S. soldiers rounded up the Chickasaw and forced them from their ancestral lands, holding them in the canyon before herding them west like cattle on the Trail of Tears.

Later, settlers came to the region, building a water mill, cotton gin, and sawmill in the canyon. These newcomers hailed from Scotland and Ireland, and many believe the canyon is named after a rugged and beautiful place in Scotland called the Dismals.

Today Dismals Canyon is a privately owned and operated 85 acre nature conservatory, that has been declared a National Natural Landmark. Visitors can hike to the bottom of the beautiful canyon and follow a 1.5 mile long hiking trail along the canyon floor through huge boulders and past crashing waterfalls into a secret labyrinth of caverns and grottos filled with ferns and giant trees. 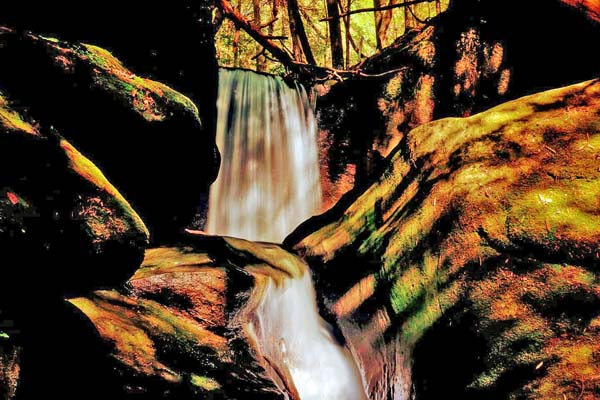 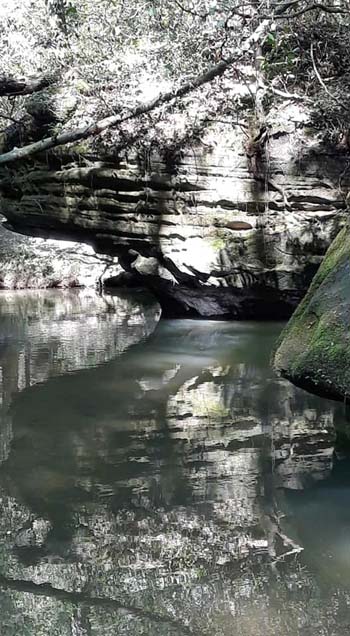 The canyon is home to many species of animals and native plants, including a stand of old-growth virgin timber including Hemlock, Tulip Poplar, Sweetgum, Bigleaf Magnolia, and Beech. Botanists have identified more than 350 different species of plants in the canyon.


My son Travis took the photographs for this blog, and any shutterbug will love this place. In some spots huge blocks of sandstone have broken away from the canyon’s walls and lie scattered about on the floor, forming natural bridges and narrow passageways. 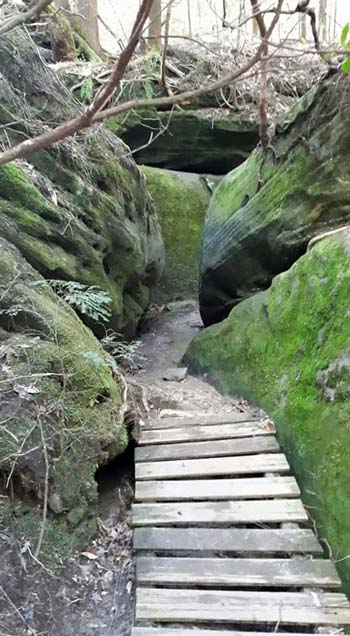 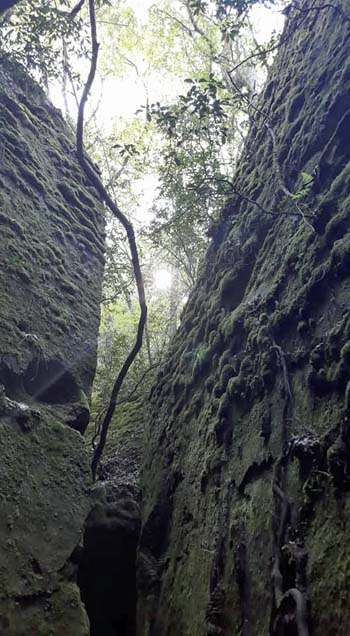 Many of the landmarks in Dismals Canyon have interesting names like Rainbow Falls, Temple Cave, Witches Cavern, Pulpit Rock, and Weeping Bluff.

While there are some stairs and bridges to make accessing the canyon easier, one has to be in fair physical shape to see it all. On a scale of 1-10 with 10 being the hardest most of it is around a 3, with a couple of 5s thrown in along the way. Once you hike down to the canyon floor, give yourself at least an hour and a half to two hours. The more time you can spend there, the more you will see and the more you will appreciate the grandeur of this place. 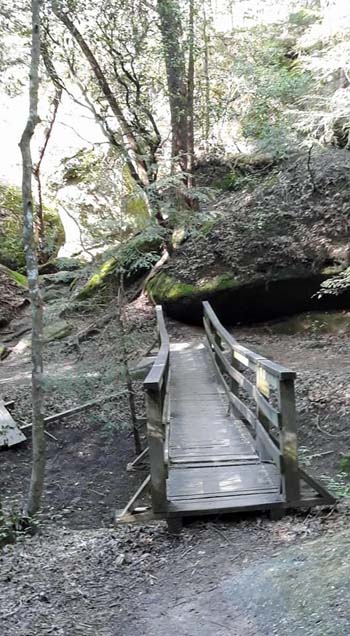 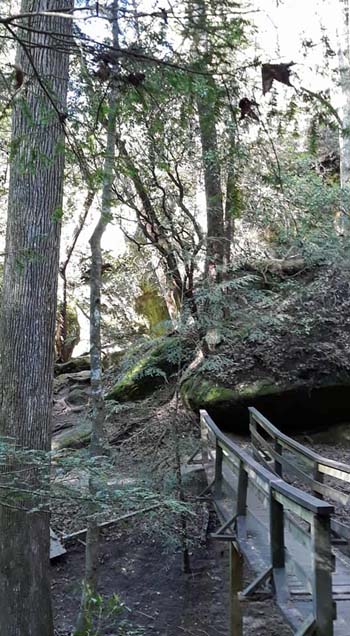 For a special treat, take a guided night tour and you will see tiny bioluminescent creatures the locals call Dismalites. These “glowworms” require a select habitat to survive and are unique to only a few places on Earth. They are related to the rare glowworms found in Australia and New Zealand.

The canyon has two cozy red cedar cabins available for overnight guests. For more information on Dismals Canyon or to make a cabin reservation, call (205) 993-4559 or visit their website at https://www.dismalscanyon.com/

Congratulations Jackson Lloyd Sheesley, winner of our drawing for an audiobook of my friend Ken Rossignol’s Pirate Trials: Famous Murderous Pirates. We had 34 entries this time around. Stay tuned, a new contest starts soon.

One Response to “Dismals Canyon”