Any of us who remember our high school history classes know about the terrible winter George Washington’s troops spent at Valley Forge, Pennsylvania during the American Revolution. But did you know there was also a winter encampment during the Civil War that was just as harsh? So much so that it has been called the Valley Forge of the Union Army?


After their defeat at the Battle of Fredericksburg in December of 1862, the battle-weary Army of the Potomac was on its last legs. Morale was low, supplies were limited, and the ragged soldiers needed a place to rest and recoup before their next engagement with the enemy. General Ambrose Burnside, who had been in command, was replaced by General Joseph Hooker. Knowing that his 135,000 men were not fit for battle, Hooker ordered them to set up an encampment in Stafford County, 15 miles north of Fredericksburg, Virginia. It was the largest encampment of the Union soldiers at any time during the Civil War.

Though the troops were out of danger from Confederate soldiers for the time being, living conditions were harsh to say the least. They built crude log huts and quickly burned up any wood they could get their hands on just to keep warm. There wasn’t enough room in the huts to shelter everybody, so many had only canvas tents to live in. When there wasn’t enough tent material to go around, others simply dug holes in the frozen ground and slept in them. 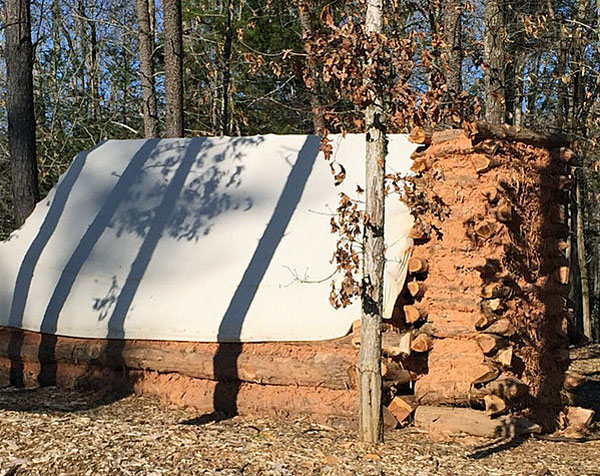 Rations were in short supply and hunting parties decimated the wildlife for miles around trying to get enough meat to feed the soldiers. It’s been said that some were reduced to eating their leather boots and belts, if they had not already rotted away. Dressed in filthy rags that were once their uniforms, thousands died during that terrible winter from the frigid temperatures, disease, and accidents. Always cold and hungry, one report said that as many as 200 soldiers a day deserted, unable to take any more punishment from the elements.

But despite the harsh conditions they had to survive, the winter encampment did give the troops who made it through a chance to rest up and get ready for the battles that lay ahead of them.

Today the 41 acre Stafford Civil War Park, on the site of the encampment, preserves the history of that place and honors the men who suffered there throughout the bleak winter months. 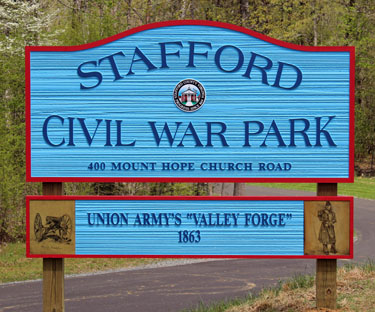 Visitors can see a replica of one of the huts the troops lived in, walk down a log road the soldiers used, and see rifle pits, fortifications, and artillery emplacements. Interpretive signs tell the story of what life was like in the encampment. One contains the words of a letter from one soldier describing their dreary retreat from Fredericksburg to the encampment, saying that they marched thirteen miles in two days, drenched and frozen to the bone. 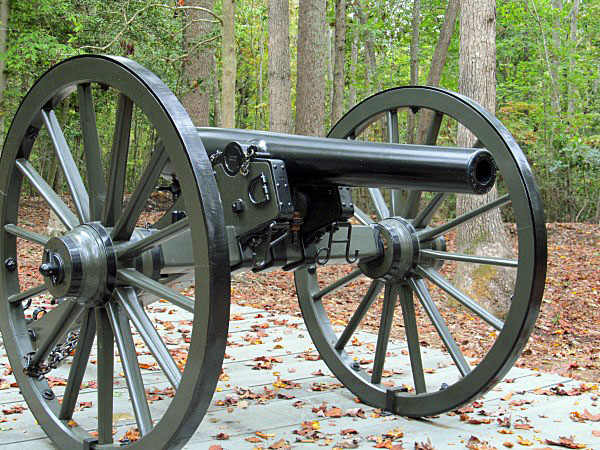 A visit will give you a new appreciation for just how horrible conditions were during that fateful winner, and for the men who suffered through it to ultimately go on to win victory over the enemy.

The park is located at 400 Mount Hope Church Road in Stafford and is open November 1 through March 30 from 8 a.m. to 5 p.m. April through October, park hours are 8 a.m. to 8 p.m. RV parking might be difficult for larger rigs, so you are advised to stay at one of the local campgrounds and drive your tow vehicle when you visit.


Today is your last chance to enter our Free Drawing for an Amazon Kindle e-book reader. To enter, all you have to do is click on this Free Drawing link or the tab at the top of this page and enter your name (first and last) in the comments section at the bottom of that page (not this one). Only one entry per person per drawing please, and you must enter with your real name. To prevent spam or multiple entries, the names of cartoon or movie characters are not allowed. The winner will be drawn this evening. 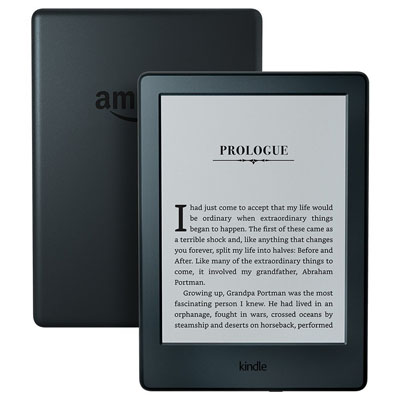 Thought For The Day – I very seldom think before I speak, because I like to be just as surprised as everybody else by what comes out of my mouth.