Nick's Blog » Where the Trail of Tears Ended

As soon as the first European settlers arrived in the New World, conflicts for control of the land began between the newcomers and the Native people who had always called what would become America home. Conflicts that would result in bloodshed and tragedies on both sides. As colonists pushed ever inland from the coast, wars were fought, treaties were made and broken, and year after year the Indians were pushed further back.


George Washington proposed a system of assimilation that encouraged the Indians to adopt the white man’s way of life, convert to Christianity, learn to speak and read English, and become one with the people of the newly formed United States. A major part of this new culture was the idea of individual land ownership, something that was totally alien to the Indians’ beliefs. How could one man own the land, any more than he could own the wind or the water?

But while assimilation may have been the official policy of the new country, in reality individual greed and the belief that the Indians were no more than savages put more and more pressure on the government to force them off their traditional lands. By the time Andrew Jackson became president in 1829, public opinion was strong that they needed to be removed from their coveted lands by any means necessary, including force.

In 1830, Congress passed the Indian Removal Act, which authorized negotiations with southern Indian tribes for their removal to federal territory west of the Mississippi River in exchange for their ancestral homelands. Understandably, many tribes resisted the idea, which resulted in the forced expulsion of tens of thousands of Indians to the west, an event that became known as the Trail of Tears.

The hardships suffered by the Indians on their long trek west were nothing short of shameful. Prodded forward by armed troops, provided little in the way of food and supplies, and prohibited from hunting for food along the way, many of them perished before they ever arrived in their newly allotted land. And for those who did make it, even more problems lay ahead. To the whites, all Indians were the same, while in reality there were many cultural differences between the tribes, and many times traditional enemies were forced onto the same land. It was inevitable that trouble would follow.

In 1824, Fort Gibson was established near present day Muskogee, Oklahoma to keep the peace between the newly arrived Western Cherokee and the Osage, who had been there much longer. Hostilities between the two had grown to the point where open warfare was likely.


A site was chosen near the mouth of the Grand River, and construction of the fort, a rectangular assortment of log buildings connected by a sturdy log stockade, with two-story blockhouses in diagonal corners, was supervised by Lieutenant Colonel Matthew Arbuckle. At that time it was the furthest west military post in the United States.
For the next 70 years Fort Gibson was a vital military post on the western frontier. It served as a final stop on the Trail of Tears for thousands of Cherokee, Creek, and Seminole Indians, a supply point before they went to their assigned lands, and a refuge for the often starving victims of the forced overland march. 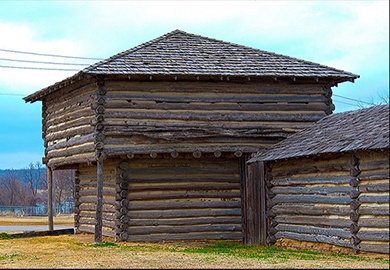 Established in 1824, Fort Gibson served as a starting point for several military expeditions that explored the west and sought peace between the tribes in the region. It was occupied through most of the Indian Removal period then abandoned in 1857. The post was reactivated during the Civil War. The army stayed through the Reconstruction and Indian Wars periods, combatting the problem of outlaws and squatters. In 1890, the army abandoned Fort Gibson for the last time.

During its busiest time, while the Trail of Tears was active, the garrison at Fort Gibson ranked as the largest in the country. Among the many well known soldiers who were stationed at or passed through Fort Gibson headed for other assignments were Zachary Taylor (who would become the 12th president of the United States), Robert E. Lee (who would resign his commission to lead the Confederate army during the Civil War), Jefferson Davis (later president of the Confederate States of America), famed soldier and explorer Stephen W. Kearny, Nathan Boone (the son of Daniel Boone), and Sam Houston, who owned a trading post in the area before going on to Texas and leading its
struggle for independence from Mexico.

One relatively unknown but notable person who survived a brutal winter march along the Trail of Tears and spent some time at the fort was Milly Francis, dubbed the “Creek Pocahontas” by soldiers fighting in the First Seminole War.

In 1861, during the early days of the Civil War, Confederate troops seized the fort and held it until the next year before withdrawing as Union troops advanced on the area. Concerned that the Confederates would try to retake the position, a network of earthwork fortifications that completely enclosed the fort were built that would serve as a deterrent to any attempt to attack the fort.

The post was the launching point for the Battle of Honey Springs in July, 1863. Sometimes called the “Gettysburg of the West,” it was an important victory for Union forces in seeking to gain control of the Indian Territory. It was the largest confrontation between Union and Confederate forces in what would eventually become the state of Oklahoma. The battle was unique in the fact that on both sides, white soldiers were the minority. African American troops serving in the Union army and Indians supporting the Southern cause in the hope of regaining their traditional lands, made up most of the fighting force.

After the Civil War U.S. troops continued to occupy and improve the fort for the next quarter century. New buildings were constructed and the military presence helped ensure peace between the Indians and the settlers who were moving westward to help protect Indian Territory from the outlaws who preyed on the whites and Indians alike. But by 1890, the military decided Fort Gibson was no longer necessary and it was abandoned.

During the Great Depression days of the 1930s, the fort’s original log stockade and buildings were reconstructed by the Works Progress Administration (WPA). Today the sites of both the original log stockade and the later second, larger post are now part of Fort Gibson Historic Site, which is maintained by the Oklahoma Historical Society. A museum at the fort tells visitors about its important role in our history and serves as a guide to the different parts of the historic site. 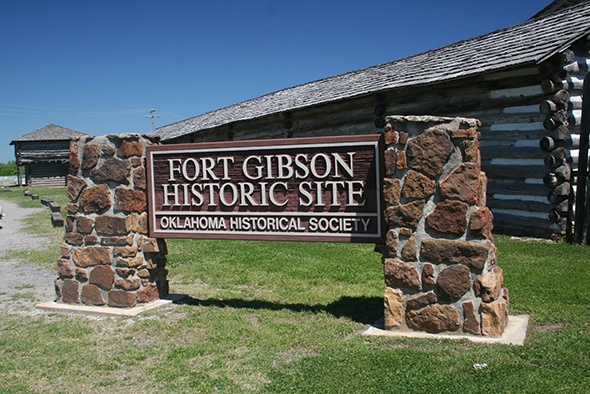 Surviving or reconstructed structures include barracks, the powder magazine, post hospital, and other buildings. They are furnished much as they were during the days of the Trail of Tears. 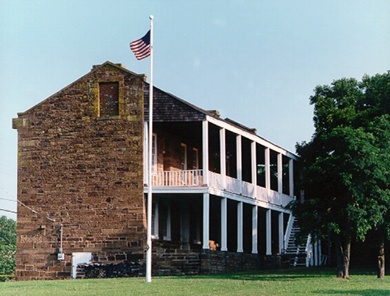 Among the points of interest on the self-guided walking tour of the park is a small section of the original earthworks built during the Civil War, when the post was renamed Fort Blunt for a brief period.

Nearby Fort Gibson National Cemetery is the final resting place of soldiers who served at Fort Gibson and in later conflicts. 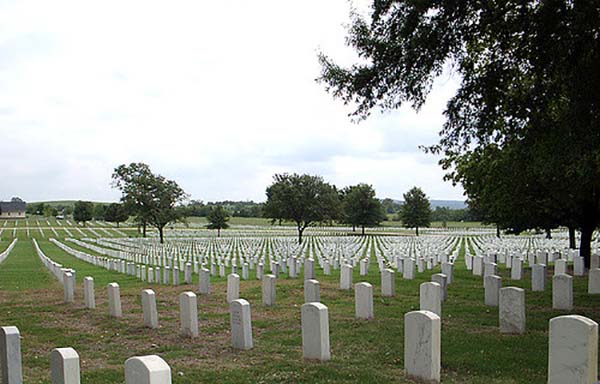 Today visitors can stop at the Commissary Visitor Center, which has museum exhibits about the history of the region, then explore the old fort, which is a National Historic Landmark, watch special living history events and programs throughout the year, and learn about the Trail of Tears and what became of the soldiers who served there and the people they were sent to protect. 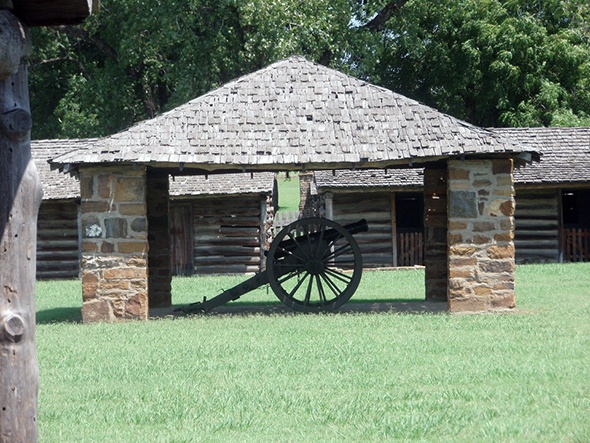 Thought For The Day – Despite the high cost of living it still remains popular!

5 Responses to “Where the Trail of Tears Ended”