After reading yesterday’s blog post about my friend Jim Lewis and I installing a ceiling fan in our garage, a longtime reader from the Gypsy Journal and the blog, who attended several of our RV rallies, wanted me to tell about the time I was assaulted by a ceiling fan. Okay, but be forewarned. You may not want to drink anything while you’re reading this.


Before Miss Terry and I got together it was just myself and Magic, my 100+ pound protection trained German Shepherd being a couple of bachelors together. We lived in Lakeside, Arizona in the White Mountains, which is the setting for my Big Lake mystery series. For those of you not familiar with that part of the country, it isn’t like the Arizona that most people picture. At somewhere around 7,000 feet elevation, it’s located in the world’s largest stand of ponderosa pine trees, with dozens of lakes, a ski resort, and some of the best hunting and fishing in the west. The dense forests are populated with deer, elk, wild turkey, black bear, and all kinds of small game.

About the time I settled into bed one night, Magic got sick and I had to get up and let him out. I had a big fenced in back yard and I left the sliding glass door open enough that he could get in and out when he wanted to, then went back to bed.

Somewhere around 2 AM or so I woke up to Magic raising a ruckus. Not knowing what had set him off, but knowing he didn’t bark just for the heck of it, I walked into the living room and turned on the light. That’s when I found out what had him all riled up. There was a bat flying around the living room.

Please understand, I don’t have anything against bats on a personal level. I know they eat bugs and things like that, and even when I had hair I never believed that old wives’ tale about them making a nest in it. But I draw the line when they invade my living space. Think about it, bats are basically rats with wings. When I was in the Army the paratroopers wore wings on their uniforms, and Airborne was supposed to have the roughest and toughest guys around. So I’ve got an Airborne rat flying around my living room. No, that has to stop.

Now, I want you to picture this, and I warn you ahead of time, it’s not a pretty sight. I’m naked. Hey, don’t look at me that way, I warned you! I’m naked and I grabbed a broom and started swatting at the bat as he was swooping through the air above my head. Meanwhile, I’ve got this huge pissed off German Shepherd trying to bite anything that moves. So I’m swinging the broom with one hand while trying to keep the family jewels intact with the other. (This is why I warned you not to drink anything while you read this.)

Did I mention that I had a ceiling fan in the living room that ran all the time? 24 hours a day, seven days a week. So I’m chasing the bat, Magic’s teeth are like a chop saw looking for something to tear to shreds, and that’s when I ran into the ceiling fan with the broom. When the broom hit the fan blades they knocked it back down into my head four or five times in rapid succession, wap, wap, wap, wap before I had the good sense to drop it. Which was just before I dropped, too.


The next thing I knew Magic was licking my face and had this expression on his face like “what the hell did you just do?” I’m not sure what happened to the bat. I think he saw what was going on, took one look at me, and decided he needed to go find somebody with hair he could make a nest in. Or maybe he went back to the bat cave to tell his buddies about the crazy sight he had just seen. I’m pretty sure they didn’t believe him.

Today is your last chance to enter our Free Drawing for an audiobook of Big Lake Honeymoon, the seventh book in my Big Lake mystery series. To enter, all you have to do is click on this Free Drawing link or the tab at the top of this page and enter your name (first and last) in the comments section at the bottom of that page (not this one). Only one entry per person per drawing please, and you must enter with your real name. To prevent spam or multiple entries, the names of cartoon or movie characters are not allowed. The winner will be drawn this evening. 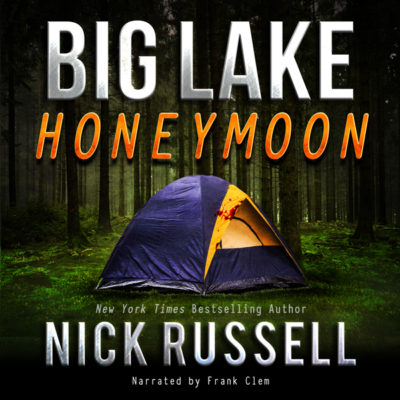 Thought For The Day – I have days when my life is just a tent and a bag of peanuts away from a circus.

3 Responses to “Assaulted By A Ceiling Fan”