In a blog post a while back, I said I was looking for an old floor model console radio to put in my office. When I was a kid I loved those old radios and when I was in high school, old console and table model radios were everywhere and you could pick them up for almost nothing. Often times people would give them to you just to get them out of the house. I used to drag home every one I could get my hands on, and tinkered around with them, replacing tubes and capacitors and whatever it took to get them working again.

As an adult I owned several more, but they always managed to slip out of my hands one way or another. I still love those old radios, and we have been checking out antique shops and looking on eBay and Craigslist for over a year, hoping to find one at a good price. The problem is, while at one time everybody thought they were junk, now they are desirable collectors’ items. They are hard to find, and when you do, the price is usually pretty high.

So when I spotted this 1940 Westinghouse on Craigslist at a very reasonable price I contacted the seller down in Malabar, Florida, about 75 miles south of us. He told me he likes to rebuild old radios and this was one he had sitting in the garage that needed to go away so he would have room for another project. Yesterday we drove down to take a look at it. 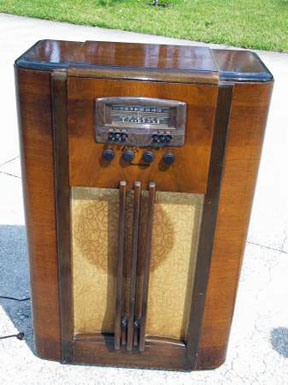 US Highway 1 from our home in Edgewater to Titusville is a good divided four-lane highway out in the middle of nowhere. There’s always some traffic in Titusville, but once you get south of there it is pretty much clear sailing again all the way down to Cocoa. So instead of taking Interstate 95 south, we went that route. As it turns out, from Cocoa down to Malabar was pretty much a long series of stoplights, heavy traffic, and frustration. But boy, was it worth the trip!

The gentleman we were going to see had a Key Largo boat identical to mine sitting in his driveway, which was a good way to break the ice. When he led us into his garage I took one look at the radio and knew that it was a heck of a deal for the small amount he was asking for it. He turned it on and it even worked! He told me he had spent some time partially restoring it, saying it was his hobby. When Terry and I complimented him on the restoration, he invited us in to see the rest of his collection. And oh, what a collection it was!


He had his own private museum, several rooms full of antique radios, televisions, phonographs and other electronics. He was gracious enough to show us some of his favorite pieces and tell us a little bit about them. 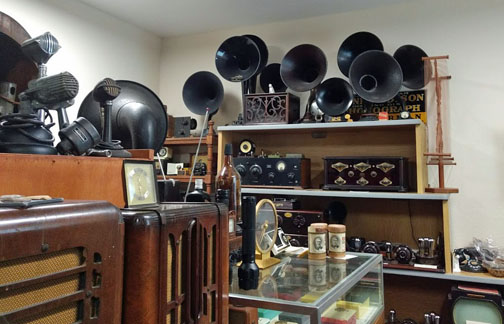 This series of dials and tubes was called a breadboard radio, because back in the old days people would buy the components and bring them home and screw them down onto their wife or mother’s breadboard and use it as a base. 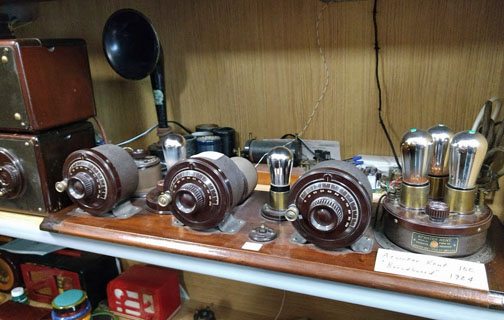 He had one of the very first handheld transistor radios, old wind up Victrolas, and anything else you could think of from the good old days.

These were two of the earliest televisions. Can you imagine the family crowding together to watch a fuzzy image on one of those tiny screens? 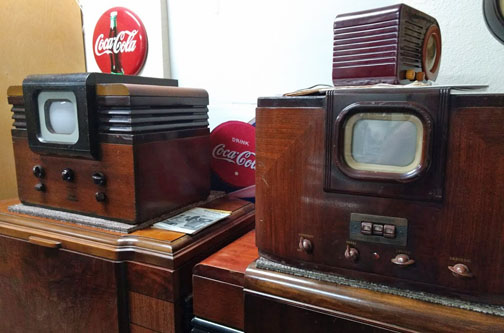 Or how about the tiny screen on this 1949 Pilot television? 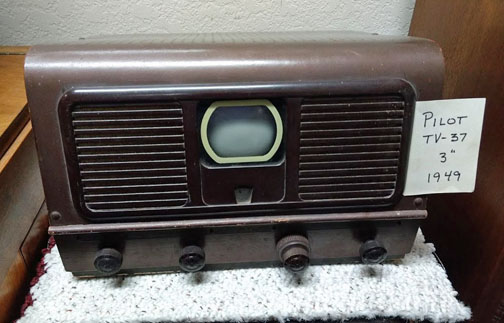 This 1948 GE television has a bit bigger screen. 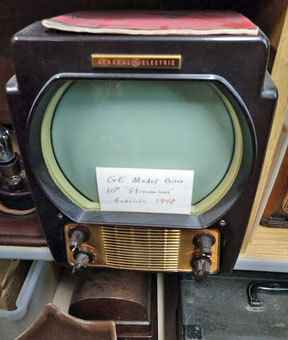 He even opened up one of the old phonographs and played an old 78 RPM record for us. The sound quality was impressive!

While the Westinghouse was the only radio he had for sale at this time, I absolutely drooled over this 1939 Zenith, which was called the Stars & Stripes model because of the alternating stars and bars on the escutcheon. I have wanted one of those for as long as I can remember! 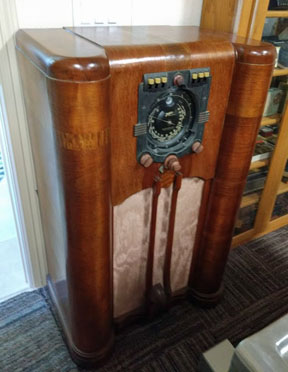 He hinted that he might be willing to consider letting it go, and when he told me the ball park figure he might be asking I let him know that all he needed to do is pick up the phone I would be right down to get. Who knows? I may get lucky.

On the way back home we stopped in Rockledge to see our dear friend Ann Moran. Ann and her husband Tim were two of the first fulltime RVers we met when we hit the road back in 1999, and we connected often over the years and always had a wonderful time together. We lost Tim about nine years ago, and it broke my heart because he was one of the nicest guys you would ever hope to meet. It had been way too long since we saw Ann, and it was nice to get together and visit with her for a while. We sat out on her screened in patio drinking iced tea and talking about the good times we had together, the changes in our lives since then, and made plans to get together again soon. Ann wants to come up and see Terry’s looms and talk weaving and knitting and all things fiber with her.


Coming back through Titusville, we stopped at the Asian House restaurant on Cheney Highway for dinner. We’ve driven by the place for years, always saying we would have to stop and try it out sometime. I sure wish we would have done it a long time ago because the food was delicious. You can bet we’ll stop there again when we are down in that area.

Back at home, we carried my radio in and set it up in my office. I like having something with that much history around me. Think about it, the radio was built in 1940. I can just picture a family tuning in to listen to the terrible news of the Japanese attack on Pearl Harbor, and all of the updates through the war years. Not to mention all that great old music and the old time radio shows. It’s not the fanciest console radio around, nor the prettiest, but I like it! 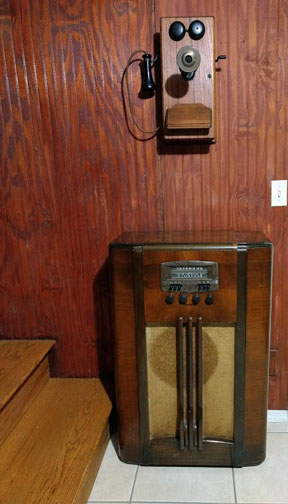 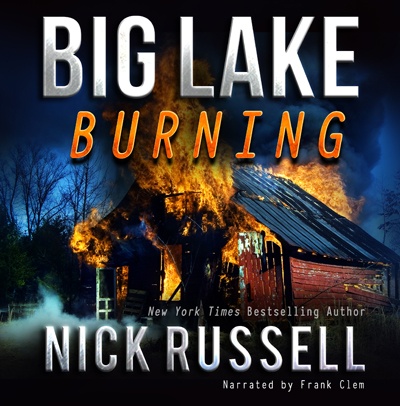 6 Responses to “Radios And More Radios!”