Nick's Blog » What? Another Loom?

How may looms does an avid weaver need? The same number of kites a dedicated kite flier needs, or fishing rods a diehard angler needs. Just one more.


Some of you may remember that about the time we bought our house last October, Terry found a huge Glimakra loom for sale at a good price in Panama City, so we bought it. When I say huge, I’m not exaggerating. This thing is 5 feet square and 5 feet high. It is set up for something called shaft switching, and don’t ask me what that means, because even though Terry has tried to explain it to me a dozen times, I just don’t understand mechanical things. At any rate, it’s a great loom for making rugs and tapestries, but the more Terry has worked with it trying to do other projects, the more she has discovered that it has some limitations. 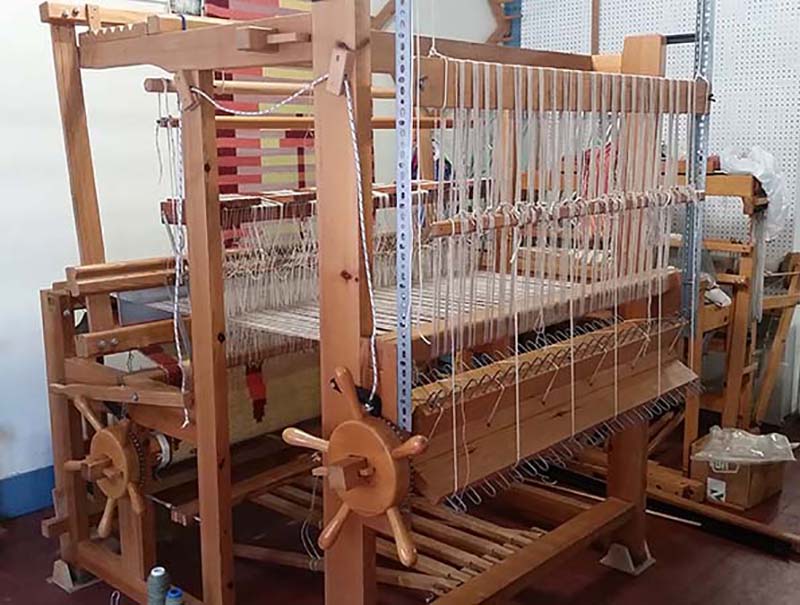 The other day when one of my readers contacted me to tell me about an ad he had seen for another Glimakra loom over in Brooksville, Florida, I didn’t really think much about it, but I passed it on to Terry. She, on the other hand, was very excited. It’s an eight shaft loom, about six inches wider than the one she has now, and can be used for making everything from blankets and towels to fabric to sew with. So I told her to get in contact with the people and see what she could find out.

What she found out was that it was a heck of a deal, more loom than the Glimakra she already has, and for less money than we paid for the first one. So guess what we did yesterday? 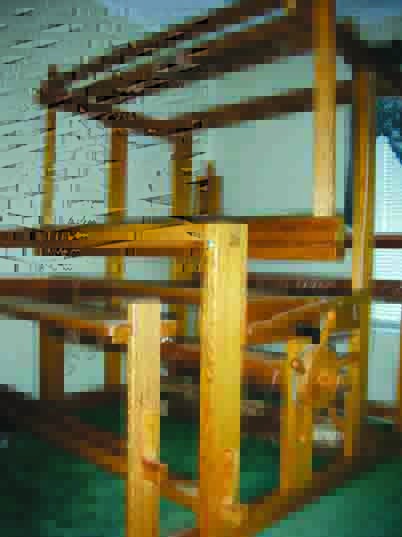 The owner was a lovely elderly lady named Margarette, who will never be old. When she arrived she was on her riding mower cutting her large acreage. She told us she was leaving Wednesday to fly to California to meet her sister, and then the two of them were going to fly to Seattle to hop on a cruise ship to go to Alaska. How cool is that? Next year she plans to take a Canadian Rocky Mountain railroad trip. But those adventures are nothing compared to the time she went zip lining on her 86th birthday. Margarette told us she has quite a bucket list that she’s working her way through, and she’s having a ball doing it.

Margarette is downsizing from a five acre farm where she used to raise alpacas to a beach house. She and her daughter Robin said she really didn’t want to put the Glimakra in storage, but there is no room for it at her new place, and arthritis is making it hard for her to use such a large loom. Though I’m sure she was happy to get her asking price for it, I think she was even happier to know that it’s going to someone like Terry who will love it as much as she did and will actually use it.

She threw in a lot of goodies with the loom, including several books, shuttles, a warping board, several smaller looms, and some other accessories. 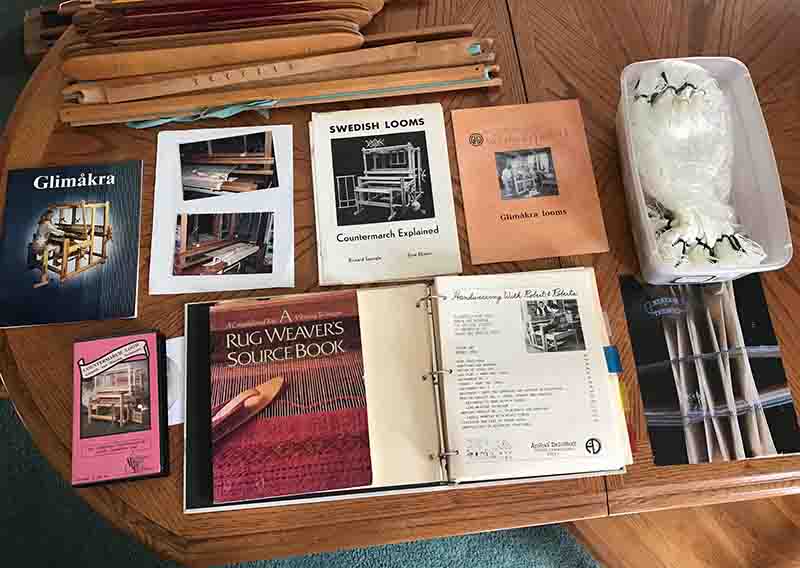 She also gave Terry quite a bit of yarn. Judging by the smile on my pretty wife’s face as we drove away, our Ford pickup loaded with the loom and accessories, I think it was a good day for her. 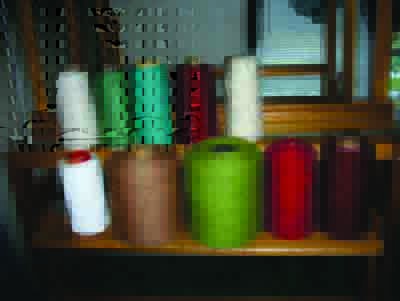 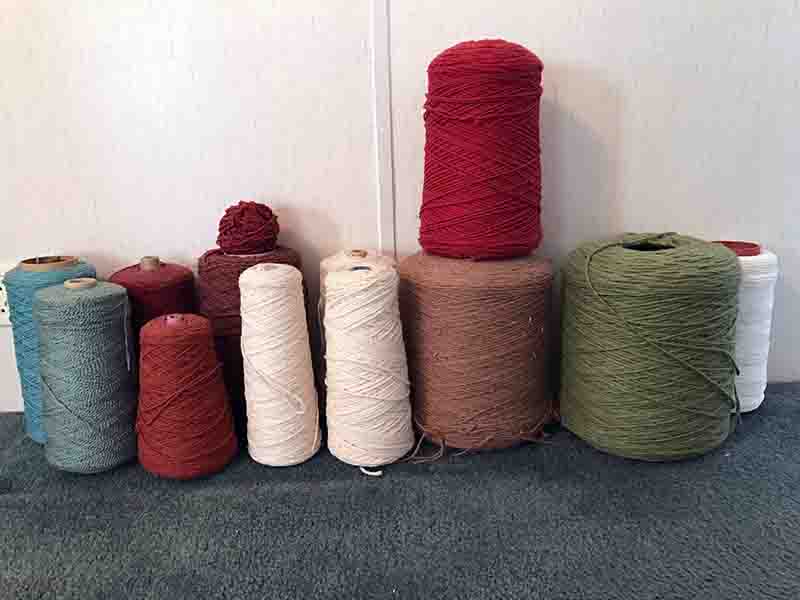 It was a 300 mile round-trip from our place to Brooksville and back, and neither one of us had eaten all day. So instead of bothering to unload the truck, we just parked it in the garage, then called our friend Jim Lewis and told him we were famished. Beef O’Brady’s sounded like a good place to go for dinner, especially with Jim driving so I didn’t have to. The food was great, the conversation as we ate was fun, and when we got back to our place, Terry sent Jim home with several thick slices of delicious banana bread she made Saturday night. The smile on his face was he walked out the door with that was pretty darn close to the one on Terry’s when we left Margarette’s place with the loom.

Today we will unload the truck and put the new loom together. It uses a very complicated arrangement of string heddles that gives me a headache just to look at, but after putting her first Glimakra together, Terry tells me it’s going to be a piece of cake. Hmmm, cake. Cake sounds good. So does that banana bread. I think I may go have a slice!


Congratulations Terri Scroggins, winner of our drawing for an audiobook of my friend Suzie O’Connell’s Starlight Magic, from her popular Northstar romance series. We had 52 entries this week. Stay tuned, a new contest starts soon! 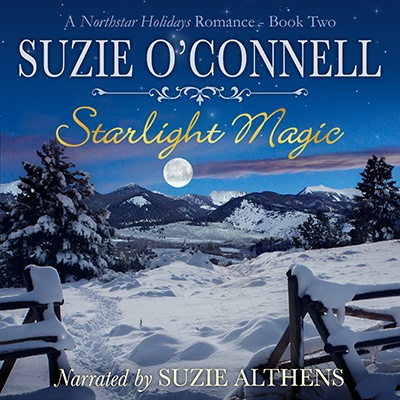 Thought For The Day – Friends and good manners will carry you where money won’t go. – Margaret Walker

5 Responses to “What? Another Loom?”