Back in June when we broke down in Mobile, Alabama and spent twelve hours parked on the shoulder of Interstate 10 waiting for a tow truck, I thought I had won the prize for the worst breakdown/towing story in the history of RVing. But that was before my buddy Greg White called me yesterday for a bit of one-upmanship. And after hearing his story, there’s no question about it, Greg wins.


If you follow Greg and his wife Jan’s RV blog, Our RV Adventures, you probably already know that they spent the weekend broken down in the parking lot of an Academy Sporting Goods store in Louisiana. Yesterday morning Greg made some telephone calls and found a shop that could work on their diesel motorhome, and then arranged for a tow truck to pick it up. He said that once the driver had the motorhome on the tow truck and they took off toward the shop, he pulled to the side of the on-ramp to make sure everything was okay. Greg, who was following in his pickup, pulled in behind him. Greg said he didn’t think anything of it and was checking his email when he happened to glance up and saw that the driver had collapsed on the pavement between the tow truck and the traffic lane. Greg jumped out of his truck to assist the poor man and at about the same time, a doctor passing by stopped, as did a nurse and some other people.

They got the tow truck driver into an ambulance and took him to the hospital, and Greg called the company to tell them what happened. Then, while he was waiting for another driver to come to his location, he talked to the man’s wife, who was obviously frantic. It looks like it may have been a case of heatstroke, and hopefully he will be okay and out of the hospital soon. As for Greg, you win, buddy. That’s about the worst towing story I’ve ever heard.

Greg wanted me to tell folks that once the RV was safely parked at the shop, he was driving back to Texas to join his wife Jan at their daughter’s house, where they’ll be staying for a few days until the rig is ready to go. Since it was a long drive, he may not be up to posting a blog today. But he’ll be back online soon.

Things weren’t nearly as exciting here at Rancho Russell yesterday, but that doesn’t mean we weren’t busy. We spent most of the day assembling Terry’s new-to-her Glimakra loom. We started out with piles of pieces, all carefully wrapped and separated as the loom was disassembled before we brought it home. 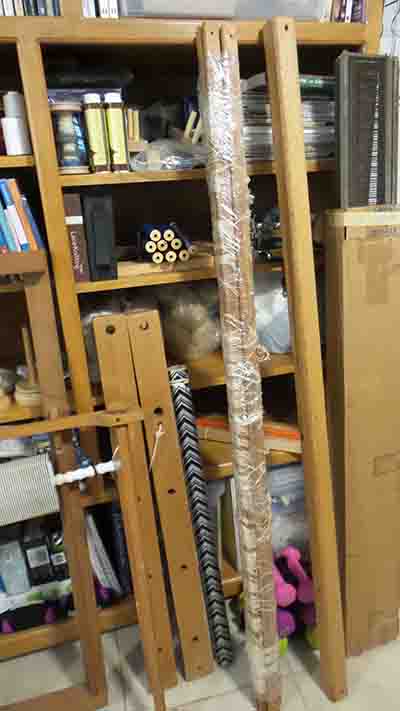 Lots of piles of pieces! 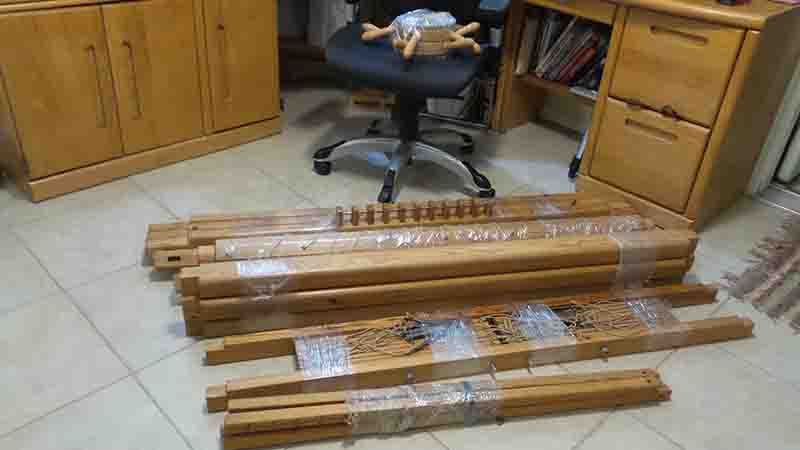 These are the side frames, the two largest items we had to work with. This loom is a classic, probably 30 or 40 years old at least, and like her other Glimakra, it is held together with wooden pegs. 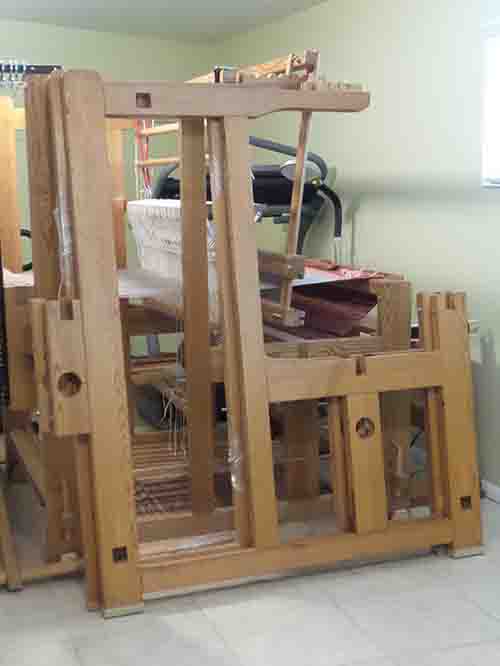 All in all it went relatively easy and was kind of like assembling a big Lincoln Log set. Do they still make Lincoln Logs, or am I dating myself here?

This is what the frame looked like when it was put together. 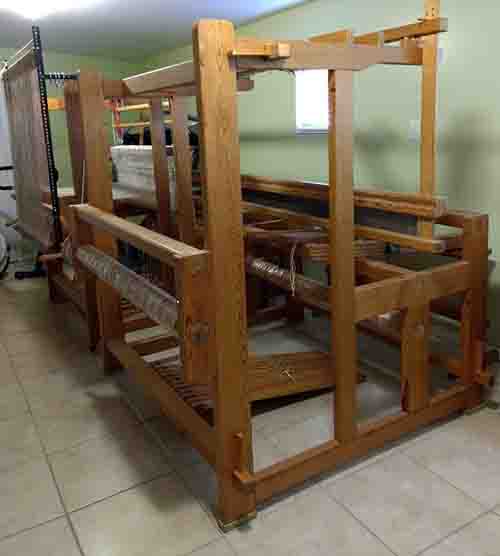 And here is Terry with a great big smile on her face. Do you think she’s having fun? 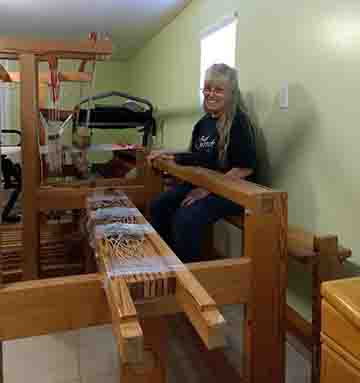 Now that most of the assembly is done comes a lot more work of installing the pedals, a gazillion string heddles, and all kinds of other connections. The heavy lifting is done and I plan to just stay out of the way while Terry does that. All I will do is slow down her progress.


A lot of you do your online shopping by clicking this Amazon link or the Amazon Search box at the top right sidebar of this blog. We appreciate that, because when you purchase an item on Amazon any time of the year from one of our links, we earn a small commission, which helps us offset the cost of publishing the blog.

Thought For The Day – Rules are for the guidance of wise men and the obeyance of fools.