The nurses at the hospital are calling my daughter Tiffany their miracle case because she is recovering so quickly. A week ago they did not know if she would survive. Yesterday she was up and walking around and they say she may get to go home soon!

When we got to the hospital yesterday Tiffany seemed like her old self again, alert, smiling and laughing. She may not think this is the most flattering picture ever taken of her, but to me it’s beautiful. 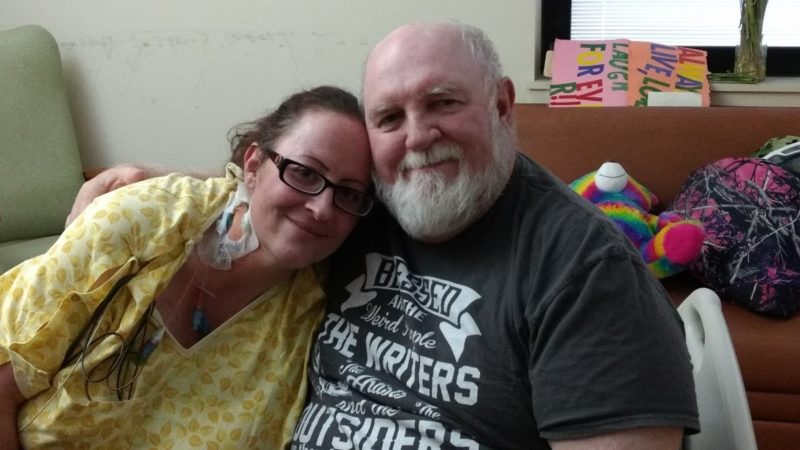 Terry and I went for a walk with her and bumped into the three nurses who were with her when she was first brought in, and when she coded the second time. They were amazed to see how much she has improved since the defibulator was put in. One of them said there was a point where they didn’t know if she would make it, and if she did, whether she would suffer any long term impairment.

She’s not completely out of the woods yet, and there are some concerns about long term kidney damage do to her lack of potassium, which her body seems to be rejecting, but she truly is a walking, talking miracle.

In other news, I wrote in yesterday’s blog that Terry’s sister Dani was up here on assignment for the medical air evac company she works for. When she got off duty yesterday morning she met us and their parents, Pete and Bess Weber, for breakfast. We all wished the third sister, Lisa, could have been there, too. Hopefully another time. 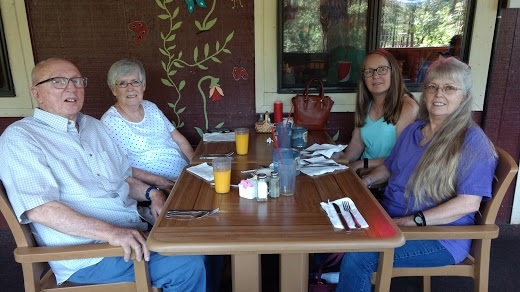 Thought For The Day – Today’s three-year-olds can turn on a laptop and select their favorite app. When I was three, I ate dirt.

10 Responses to “Meet The Miracle Girl”