A few weeks ago Miss Terry received her Medicare Enrollment Notice because she will turn 65 in June, and yesterday I received mine because my 65th birthday is in October. Yep, it’s almost official. We are about to become old farts!


How in the heck did we get that old in such a short time? Seriously, it wasn’t all that long ago that I was rubbing Stridex pads on my face and riding my bicycle past that pretty little blonde girl’s house 50 times a day, hoping to get a glimpse of her, and never working up the courage to go knock on the door.

But you know what? Age is really just a state of mind. I absolutely love the life I live today. I’m married to a wonderful woman, we have a very close, loving relationship, I make a decent living doing something I love to do, and I have no complaints at all. I wouldn’t trade this to go back in time and be 20 or 30 or whatever years old again. I’ve never been more happy or more content than I am right now. So hello Medicare, bring on the Geritol, and let’s get down to the bingo hall and spend those Social Security checks, baby!

Yesterday my friend Jim Lewis and I drove into Daytona Beach to register with the Veterans Administration medical clinic there. Now that we have a house here in this area, I wanted to switch over from the Tucson VA Hospital, where I have been getting my primary care, and Jim was doing the same thing, switching from the VA hospital he used in Texas to Daytona Beach.

We were both impressed with how quickly we were taken care of. We hadn’t even sat down in the waiting room before they were calling us to the booth to start the paperwork. It was quick and easy, and everyone was very friendly. We should be hearing soon about when our first appointment will be made with our new primary care provider(s).

I was out of several of my medications, so to avoid me having to wait for getting assigned to a primary care provider, they had me meet with the Traveling Veterans coordinator, who sent me over to have lab work done, and once that was done he wrote my prescriptions and I picked them up at the pharmacy. All in all an easy day at the VA, with no long waits and always very courteous service.

Some people complain about the VA and say it can take weeks or even months to get an appointment. Sometimes that’s true, but then again, I have a relative with a lot of medical issues and sometimes it takes her weeks, and even months to get an appointment with the different civilian doctors and specialists she needs to see. So it’s not because it’s the VA, or a government run operation, it’s because there are just an awful lot of people needing medical care of one kind or another, and not enough people working in the medical field to fill the need as quickly as some people would like.

By the time we got back home our stomachs were growling, so we picked up Terry and headed out again, this time to Dustin’s BBQ. Dustin’s is a local chain, similar to Sonny’s Barbecue, and Terry and I both think it’s as good, but you seem to get bigger portions for less money. Jim had not eaten there before, but he felt the same way by the time he was finished with his meal.

Back at our house we watched a little bit of TV, went out to the garage and played a few games of darts, and then I decided to try to troubleshoot the problem with the fish/depth finder on my boat. As I wrote in yesterday’s blog, the unit lost power while we were out fishing. I ran it by Greg White and we both suspected an in-line fuse, but everything under the console looked good. The next step was checking the power cord at the back of the unit. It seemed like a good solid connection but when we unplugged it and plugged it back in, the power came back on but after a few seconds it went off again. We repeated that process two or three times, then sprayed some Strike Hold in the socket in the back of the unit and on the end of the plug itself. That time around, when it was plugged back in, everything worked okay. Strike Hold to the rescue again! If you don’t have any of this miracle agent, you really need to do yourself a favor and get some. We use it here at the house, in the motorhome, and now on the boat. I wouldn’t be without it! 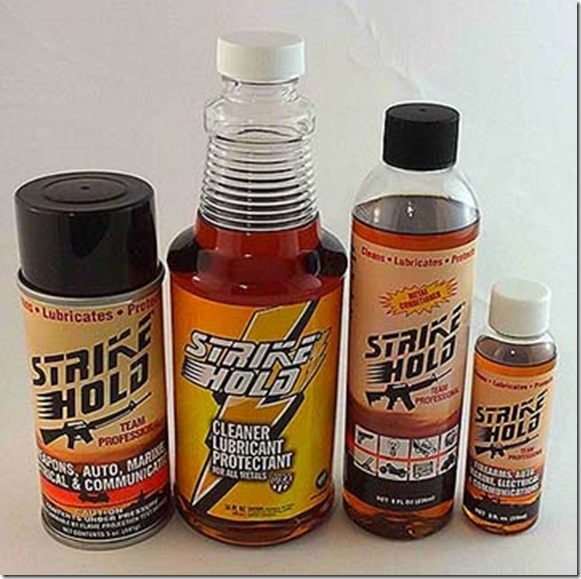 For some reason a lot of blog readers who get the blog sent to them by email every morning didn’t get the blog at all yesterday, or else didn’t get it until late in the day. I’m not sure what the glitch was, and in talking to the folks at Go Daddy, neither did they. They adjusted some settings and hopefully the problem has been resolved now. They suggested if it continues to happen, readers might want to unsubscribe from the blog, wait about 15 minutes, and then re-subscribe again. And remember, if you don’t get the blog for some reason, you can always just log on here and read it that way.

Thought For The Day – What you do makes a difference, and you have to decide what kind of difference you want to make. – Jane Goodall

One Response to “It’s Almost Official”