Note: This story is from the November-December 2014 issue of the Gypsy Journal.

We usually think of castles as being mysterious places in exotic far off locations, but we discovered a full-size castle in a suburb of Cincinnati, Ohio! 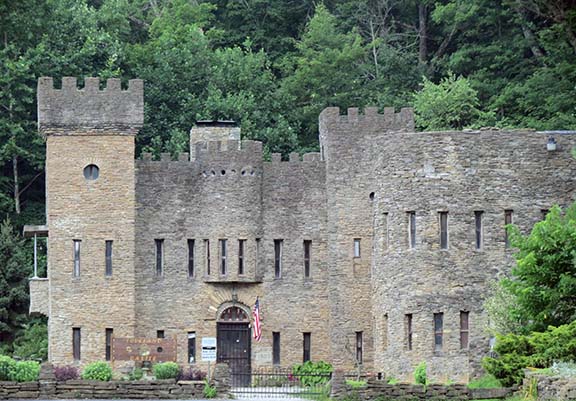 Located on a dead end road in the residential community of Loveland, Chateau Laroche was built by a man named Harry Andrews, a graduate of Colgate University, a genius who was reported to have had an IQ of 189 and who spoke seven different languages. Reports say that Andrews was a conscientious objector who served as a nurse or medic in World War I, and that through some paperwork snafu he was declared dead. By the time the error was straightened out and news reached his fiancé, she had already married another man. From that time on he avoided women, and developed an obsession with knights and medieval times. When the war ended, he stayed in Europe and visited every castle he could find.


He eventually returned to Ohio, where he worked for a newspaper, taught Sunday school classes for boys, and created a group called the Knights of the Golden Trail. In 1929 he began construction on the castle.

Many believed the castle was pure foolishness, and there were some that may have whispered that Andrews seemed to have a lot of young boys who camped on his land and learned about the “manly purity” of knights from his campfire lectures.

Andrews did most of the work on the castle himself and kept meticulous handwritten records; over 2,500 sacks of cement, tens of thousands of handmade bricks, dozens of iron hinges and bolts. When finished, the castle had a moat, a dungeon, and a small room in the tallest tower that Andrews wrote was “just like the rooms European castles had to imprison women.” 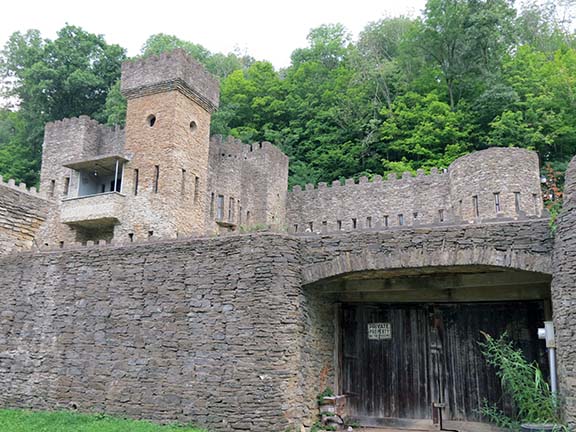 Apparently there were more than a few women who wouldn’t have minded being “imprisoned” in a castle. Andrews is reported to have received more than 50 marriage proposals later in life, and he turned all of them down.


Andrews obviously put a lot of thought and effort into his projects. He grew vegetables all year long in hotbeds he designed himself, heating them with railroad lanterns. When he built the castle he included a secret room that was only discovered after it collapsed from years of neglect long after his death.

There is no doubt that Andrews had some mental problems, and as he got older his dementia increased. He believed unknown tormentors were plotting against him, stealing his money, pilfering small items, and prowling around the grounds at night. He began carrying a pistol and threatened dire consequences to any uninvited trespassers.

At the age of 91, he was badly burned in a fire on the castle’s roof. Some reports say he started the fire to burn trash, others that he was cooking dinner. However it started, it ended with Andrews’ legs being severely burned. He died of gangrene two weeks later, in April, 1981.

Today, Andrews’ castle is open for tours, and visitors can see medieval weapons, suits of armor, and puzzles and chess sets that Harry Andrews created. Some of the puzzles are real mind challenges, and if you take them on and lose, or fail to put the puzzles back together, you will have to follow tradition and go to the creek and bring back a rock.


Known locally as the Loveland Castle, Chateau Laroche is open daily from 11 a.m. to 5 p.m. April – September, and 11a.m. to 5 p.m. on weekends from October – March. Admission is $5 for adults and $3 for children age 12 and under. Parking is limited to passenger size vehicles, and some areas of the castle are not handicapped accessible. For more information, call (513) 683-4686 or visit the castle’s website at www.lovelandcastle.com.

Thought For The Day – Secrets are the enemy of love.