Nick's Blog » She’s Getting It Together!

It has gotten downright cold here on central Florida’s Atlantic coast. The temperature last night was down into the mid-40s, and it looks like this trend is going to continue for a few days yet. On the evening news yesterday the weatherman said temperatures were 20° below normal for this time of year. Could this be because Nick bought a place here, or merely coincidence? I’ll leave you to be the judge of that.


But I’m not complaining, especially not seeing all of the snow some parts of the country got yesterday. Hey, I’m down here. At least they can’t blame me for that!

Now that we’ve got the house pretty much in order, yesterday it was time to tackle reassembling the big loom that Terry purchased a few weeks ago. This thing is massive, its footprint is 5′ x 5′ and we had to take it apart to move it out of the building where she bought it in Panama City.


All those pieces and parts have been stacked up in the big room that will be her loom room, and it was like putting a giant wooden erector set together. 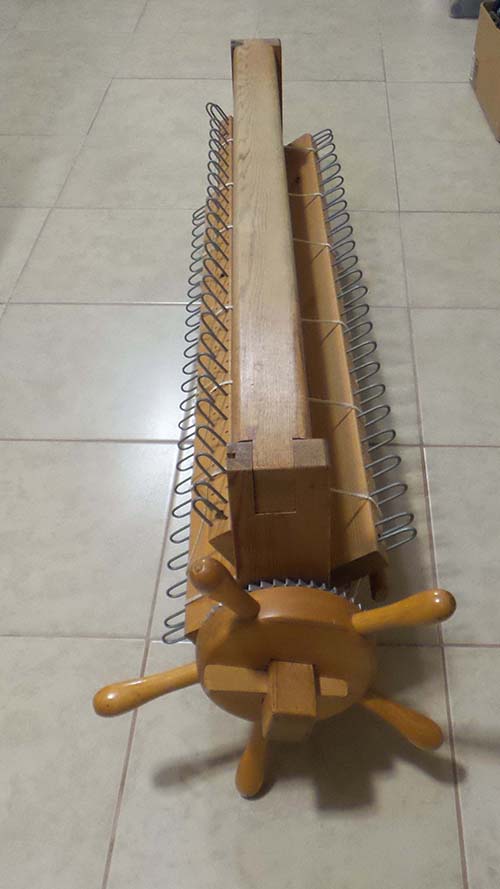 The first step was to assemble the frame. Instead of nuts and bolts, it’s held together with wooden pins, which have to be tapped into place. 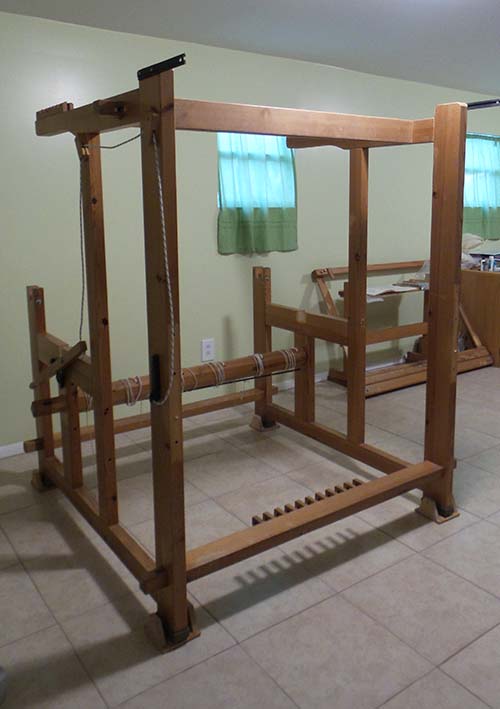 Relying on an old assembly manual, a lot of pictures that we took while we were taking the loom apart, and our sometimes spotty memory, we managed to get most of it put together by the end of the day. Here is Terry inside the loom frame. Can you tell she’s having fun? 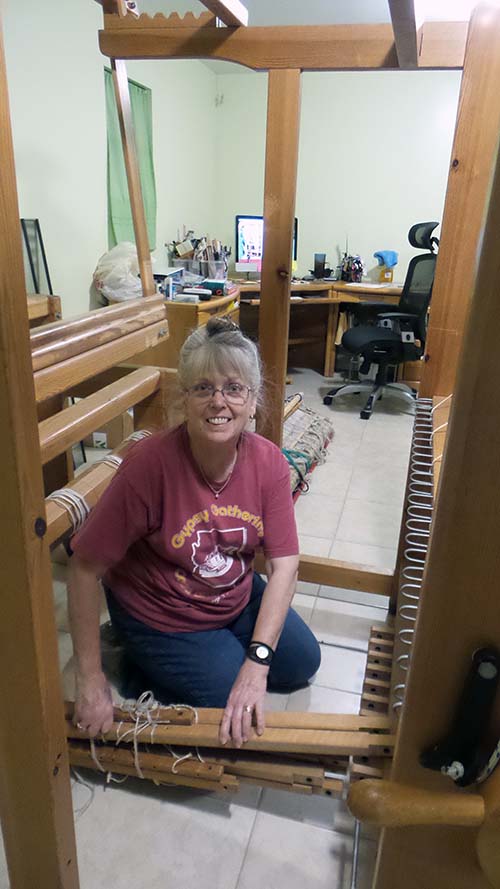 Except for attaching the foot treadles, which are those long pieces of wood you see on the floor, and then a lot of fine-tuning, she has about got it together. We were both intimidated starting out, but it actually went easier than either of us expected. Of course, as with everything we do, Terry was the brains of the operation and figured things out. I’m just the gofer and the eye candy. 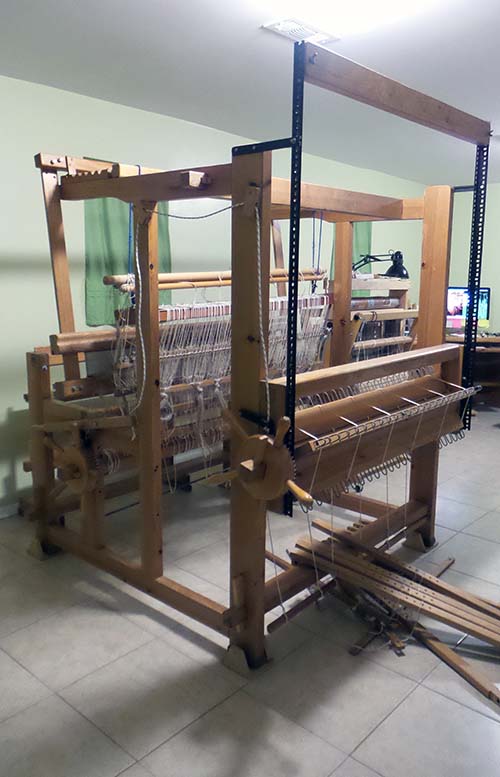 I know Terry’s really been looking forward to getting the loom put back together so she can finish setting up her play room the way she wants it to be and then get back to weaving. She tells me this loom will turn out rugs and tapestries, and all sorts of neat things. I’m eager to see what she creates with it

I’m not sure what’s going on with my email. I’m not sure if it had something to do with all the problems we were having connecting with our Bright House internet, or maybe it was something I did wrong. At any rate, I got several emails a few days ago that I had not had a chance to answer yet, and when I tried to do so yesterday, they were gone.


I know one had something to do with buying or selling a Thousand Trails membership, another was from a reader asking me about the legalities of running a business from his RV and what kind of licenses he would need in the various states he traveled into, and a third was from somebody seeking information on obtaining medical care from the Veterans Administration as a fulltime RVer. If any of you wrote me about those things, or something else and you didn’t get an answer, please resend it again and I promise I’ll get right back to you. I apologize for the delay.

And finally, it seems like every time I go to a store and try to use a debit or credit card for something, I never get it right. Some places want you to swipe your card, while others want you to stick it into the little gizmo on the counter so it can read the chip. At the Books A Million in Daytona Beach the other day I saw this little sign on their card reader, and I thought I would share it with you. Just a little humor to start your day. 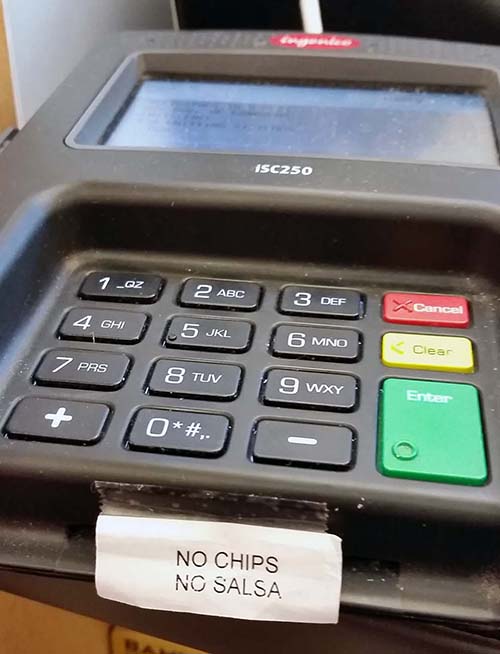 Thought For The Day – You know that little tingly sensation you get all over when you meet someone you really like? That’s common sense leaving your body.

3 Responses to “She’s Getting It Together!”