My friend Brenda Speidel calls me Gadget Boy because I always like checking out the latest high tech toys available. And yesterday I got to play with a couple of neat ones.


We started out looking at smart TVs at Best Buy. I wasn’t really sure what a smart TV was, so I asked one of their geeks to explain it to me. I’m not sure I know much more than I did when I started out, but as he explained it, it’s kind of like my smart phone, in that in addition to being a television I can use apps on it like I do in my Samsung phone. Except that’s not like a smart phone, because I can’t use all the apps I have available on my phone, and I can’t call anybody with it either. Then again, I probably don’t want to lug around a big television just to call my buddy Greg White.

We were impressed with the picture quality on the new curved screen 4K televisions, which was amazing. But then the geek told me that not all that much programming is available in 4K yet, so I’m not sure why someone would want to spend that much money except to say that you have the biggest and the best. My ego (and my wallet) don’t really need to do that.


While we were wandering around the store I got talking to a young man who was demonstrating the Oculus Rift virtual-reality headsets. I’ve heard of virtual-reality, of course, but it was kind of like smart TVs, I really didn’t know what it meant. So he gave me a demonstration. 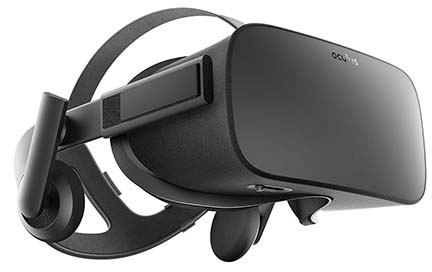 All I can say is wow! This gadget puts you right into the middle of a 3-D world that is so realistic that it one point I was standing on the observation tower at the Empire State Building looking way, way down at the busy streets below me. It was enough to give me butterflies and cause me to step backward away from the edge. Miss Terry was reluctant to do the demo, but we convinced her to give it a try. And when she did the smile on her face that told me she was impressed, too. And trust me, it takes a lot to impress her!


A little later we stopped at a furniture store where they had a recliner that looked like something that belonged on the space shuttle. The price tag was $5,000 and I asked the clerk what made a chair worth that kind of money. He told me to take off my shoes and sit down and I would know in a minute. 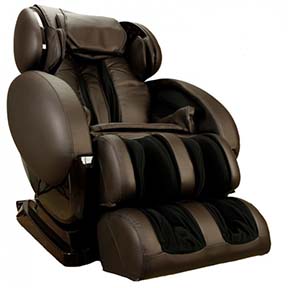 Do you remember that wow I mentioned about the virtual-reality headset? It was nothing compared to the chair. Wow, wow, and wow some more! This ain’t your daddy’s La-Z-Boy! This thing massages every inch of your body, from your feet to your legs to your shoulders, back, arms, and anything else you can think of. I told Miss Terry that if that thing could cook I might replace her.

When I got out of the chair I tried to get her to take it for a spin, but just like the Oculus Rift, she was hesitant to do so. But when she did sit down and felt what that chair could do, a look came across her face that told me that if it could write books, I would be history. Yes, it was that darn good.

Of course, I have no idea how we would fit something that big inside the motorhome even if we could afford it, which we can’t. Sorry baby, I guess we’re stuck with each other for a while longer. If you bake me some cookies, I’ll rub your feet.

Speaking of tech toys, somebody said I haven’t mentioned flying my DJI Phantom drone lately. That’s because I haven’t, even though I really like it. But thanks to a handful of careless idiots with no common sense who ignore all rules of safety, coupled with the media blowing things way out of proportion (like they do with everything), the general public is convinced that every drone is “spying” on them. It’s gotten to the point where I have pretty much given up the hobby. It’s just not worth the hassle.

The last couple times I have flown it, guys had to come along and tell me that if I flew anywhere near them there was going to be trouble. Yes, I could have explained to them that I was flying safely and obeying all the rules, and that they don’t own the airspace above their campsite (even though I wasn’t flying over their campsite). And I could have mentioned that I was pretty sure their life wasn’t interesting enough to warrant spying on. But I guess I didn’t care enough to bother. Life is too short to deal with fools whose minds are already made up, and to waste of time trying to confuse them with facts.

Thought For The Day – Was it a bad day, or was it a bad five minutes that you milked all day?