Note: This story first appeared in the September-October, 2009 issue of the Gypsy Journal.

You can experience a little bit of Old World Europe in southwest Michigan with a visit to Windmill Island! Windmill Island is a beautiful 36 acre oasis within the city of Holland, Michigan comprised of manicured gardens, costumed guides, and other attractions to delight visitors of all ages.


Here you can tour a magnificent 240 year old working Dutch windmill, enjoy the beauty of over 150,000 tulips in bloom in the spring, tour an exact replica of a 14th century wayside inn, browse through a large selection of souvenirs, and even buy yourself a pair of wooden shoes! 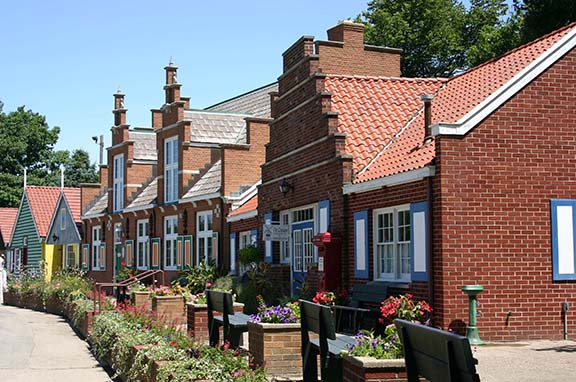 Your first stop on a visit to Windmill Island should be the Posthouse, an exact architectural reconstruction of a 14th century Dutch wayside inn. The original stood near Ruinen, in the province of Drenthe. Wayside inns such as this provided weary travelers with food and shelter for centuries. Meals and lodging were available in the main part of the building, while the back part was a stable for horses. A display in the Posthouse’s great room shows life in an old time wayside inn.


At Windmill Island’s Posthouse, visitors can see a reproduction of an inn’s Great Room, and watch a 12 minute presentation about windmills, the Netherlands, and the park’s own windmill, De Zwaan. 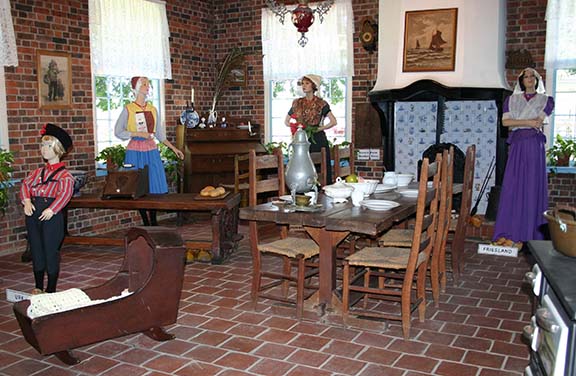 The centerpiece of Windmill Island is the beautiful old windmill, named De Zwaan, which dates back to the 1760s. The 125 foot tall authentic Dutch windmill reflects the Dutch heritage of many of the earliest settlers in Holland, Michigan. Brought from the Netherlands in 1964, this is the only original Dutch windmill exported to America. It is still a working windmill producing stone ground flour, which is for sale at Windmill Island. 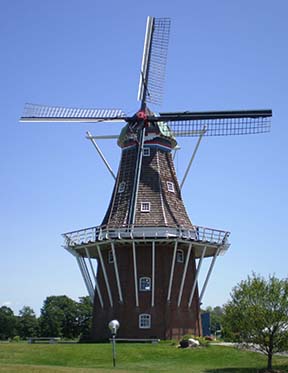 Visitors can take a guided tour of the old windmill to learn about its history and operation. Our tour guide was a delightful young lady dressed in authentic Dutch girl costume. One note here, the tour includes walking up a series of wooden stairways, so those with physical challenges may not be able to go to the top of the windmill.

Since the Netherlands are below sea level, windmills were first introduced to pump out water and control flooding. However, the resourceful Dutch people also used them to grind flour, and as signaling devices. By decorating the blades of a windmill with different colored banners, they could notify their neighbors of births, deaths, and other important community events.


Windmill Island’s De Zwaan (meaning graceful bird) has a colorful history. The windmill was used as a lookout during World War II, and a set of old windmill blades on display outside show bullet holes from being strafed by a German fighter plane.

In 1964, the City of Holland purchased the windmill from a retired miller in the town of Vinkel, in the province of Noord Brabant in the Netherlands. The windmill was shipped from the Netherlands to the port of Muskegon, Michigan and was brought by truck from Muskegon to its present location on Windmill Island. Reconstruction of the mill began in 1964, and the park opened in April of 1965.

Kids will love Windmill Island’s marvelous antique carousel, featuring hand-carved and painted wooden horses. The century old carousel was imported from the Netherlands in 1971. The carousel was carefully restored during the winter of 2002-2003 and features sixteen painted canvas ceiling panels that feature angels, birds, and small animals.Over 1,000 hours of labor went into the restoration, which was done by local artist Lisa Freeman. 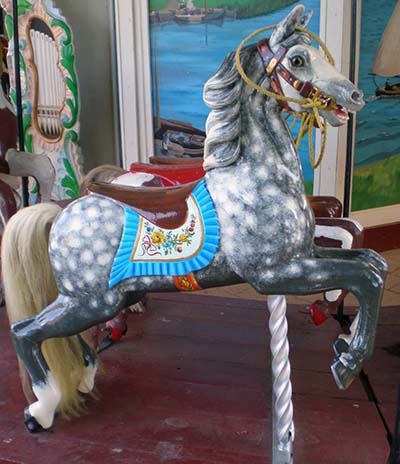 Music lovers will also appreciate the famous “The Four Columns,” 69 key metal organ built in 1928 that once filled the streets of Breda, Rotterdam, and Amsterdam with music. Built by famous organ maker Carl Frel, the beautiful organ was given to the City of Holland by the City of Amsterdam in 1947 in gratitude for the role the United States played in liberating Holland from the Nazis during World War II. We enjoyed listening as a young woman in Dutch clothing played the organ for us. 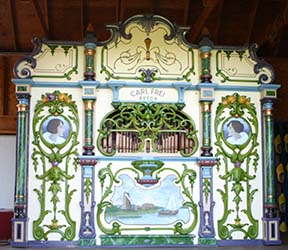 My favorite exhibit at Windmill Island was Little Netherlands. Housed in a building whose exterior is an authentic reproduction of a typical dwelling on the colorful Island of Markden in the Zuiderzee, the display features hundreds of miniature figures, buildings, and operating models depicting life in old Holland. Years of research and handwork went into the creation of this amazing Lilliputian world. 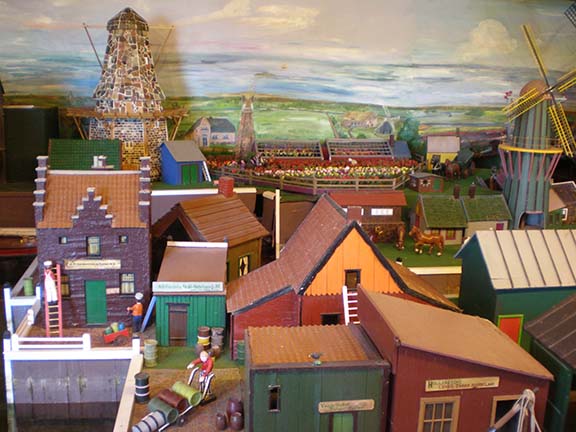 During the spring and summer, Windmill Islands’ gardens are alive with color, and boys and girls dressed in folk costumes and wooden shoes perform the old-time klompen dance to entertain visitors.

When you think you’ve seen it all and you’re all done, you’re wrong. Your visit to Windmill Island is not complete until you browse through the gift shop, where you will find souvenirs including beautiful authentic Delftware porcelain, delicious fudge, and even colorfully decorated wooden shoes. And on a hot day, the ice cream is especially good! 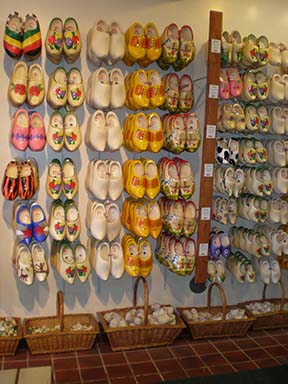 Windmill Island is located at 1 Lincoln Avenue in Holland, just a few blocks off U.S. Highway 31, and is open daily from April to early October. Admission is $9 for adults, and $5 for youth ages 5 to 15. While the parking lot at Windmill Island can accommodate tour buses and RVs, if it was busy it might be hard to maneuver about, and the streets between U.S. 31 and Windmill Island are busy and narrow. You would be advised to leave your RV elsewhere and drive in with your dinghy or tow vehicle. For more information on Windmill Island, call (888-535-5792) toll free, or visit the website at http://www.cityofholland.com/windmillislandgardens

Thought For The Day – I was going to give him a nasty look, but he already had one.