Nick's Blog » We Got Boosted!

Being working RVers and with a daily blog that gets a high readership, being able to get online is very important to us. In fact, we have avoided going some places because we could not get a reliable signal. We don’t just surf the internet, it’s an important tool to get our jobs done.


Over the years as technology has evolved, we have run the gamut of options, from a huge Hughes Direcway satellite dish on the roof of our MCI bus conversion to 3G aircards, and now smart phones that serve as 4G hotspots. 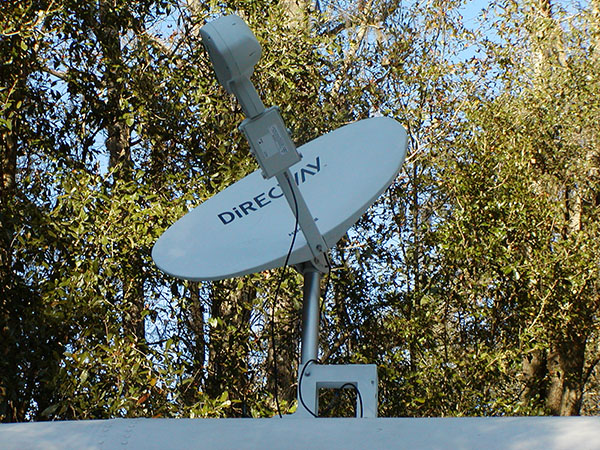 For the last few years we have used a Wilson Trucker antenna mounted on the roof of our Winnebago motorhome and a Wilson AG SOHO signal booster, supplemented by a Wilson flat plane antenna inside the coach. It has served us pretty well in most areas, though when we were on the Oregon coast last year there were places where it would not work.

That’s when we mounted a Wilson directional antenna on a pole, as I described in the We’re Connected blog post. It allowed us to get online, but a lot of work was involved in putting the antenna mast together and securing it to the side of the motorhome, and then rotating the mast to point the antenna toward the nearest cell tower.


A while back the folks at WilsonAmplifiers.com contacted me and asked if I would be interested in trying out their weBoost 4G RV Cell Phone Signal Booster Kit and sharing my thoughts about it with our readers in a review. 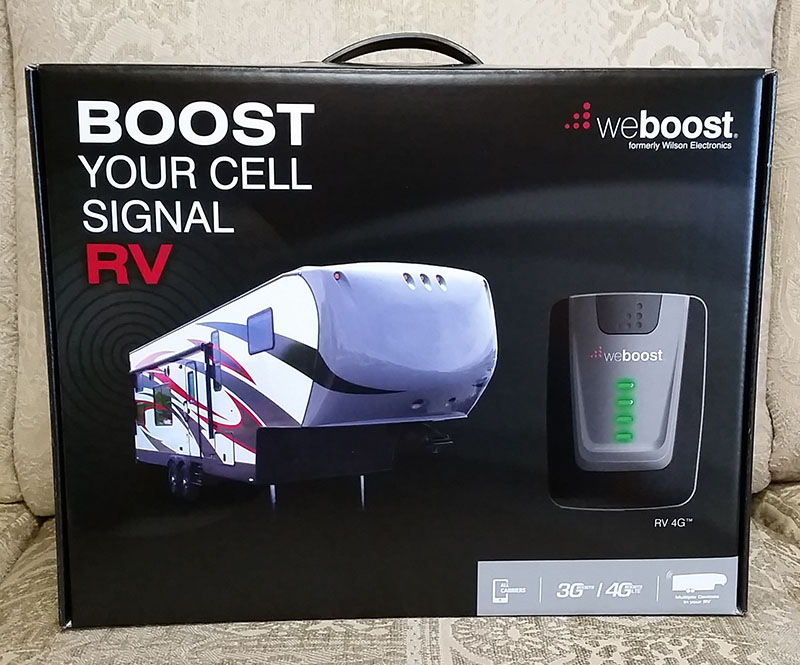 The system uses an outside panel antenna to pull in a weak existing signal, multiplying it many times with an amplifier, and then redirecting the signal with a desktop antenna inside the RV. According to their website, the kit works with all major US carriers, including AT&T, Verizon, Sprint, T-Mobile, US Cellular, Leap Wireless, C Spire, MetroPCS, etc. It also works with Canadian carriers Rogers, Bell, Telus, Fido, Wind, etc.

It arrived a couple of days ago, and yesterday I decided to check it out. The kit included the outside flat-panel antenna, RV 4G wide-band cell phone amplifier/repeater, desktop antenna, both 30 and 15 foot RG6 cables, a plastic holder for the flat plane antenna, suction cups for mounting it on the outside of the RV, an AC power supply, and a 12 volt power supply. 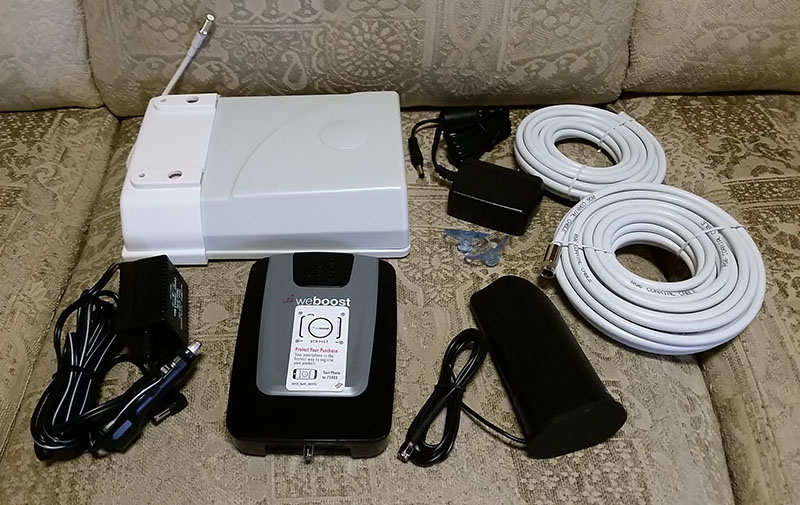 The instructions said to locate the nearest cell tower, which I did using the Open Signal app on my phone, and then to mount the panel antenna facing in that direction. It is suggested to mount it as high up on the RV as possible. They also say to make sure there is at least 20 feet between the outside antenna and the inside signal amplifier.


Because of the angle that we are parked here at Elkhart Campground, I couldn’t mount the antenna pointed directly at the tower, it’s probably off by about 15 degrees. Because this was just a simple test we used a stepstool to get up high enough to mount it at about the level of the bottom of our bedroom window. 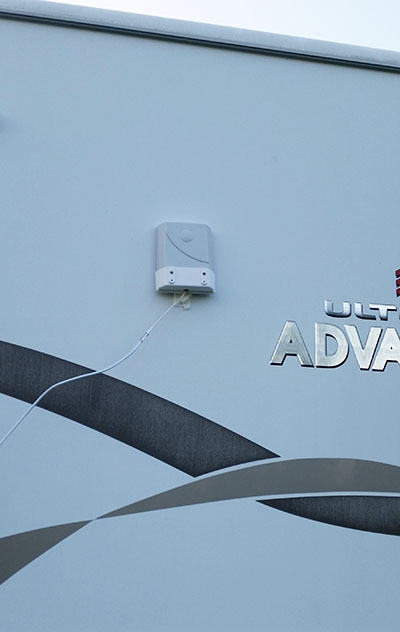 I ran the cable to the front of the motorhome and inside, connected it to the amplifier, and then connected the amplifier to the desktop antenna. Before I turned anything on I did a quick speed test, which showed my download speed using the Wilson Trucker antenna and our old signal booster. I was showing 9.09 mbps download speeds and a very slow .56 upload.

I unplugged the old signal amplifier we had been using, plugged in the new system, gave it time to settle in, and these were the results I had. Over twice the download speeds, and the upload is unbelievable. I’m impressed, to say the least. 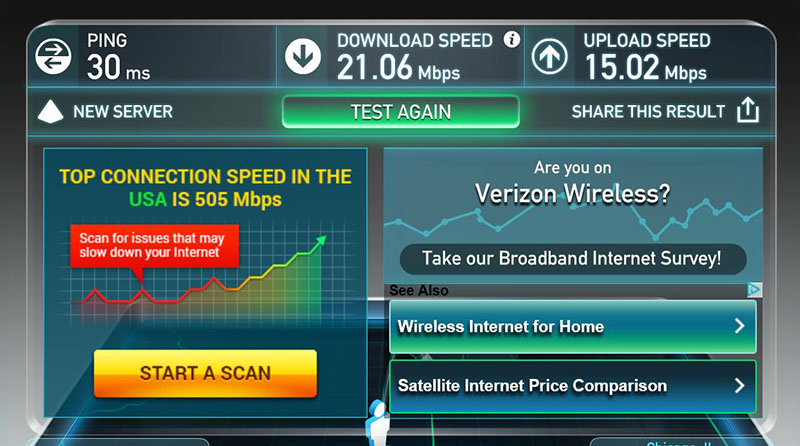 Looking at the online support info, you actually can mount the flat antenna inside an RV, attached to a window. Doing it that way, you can probably expect some signal loss, especially if you have dual pane windows, but it will work if you don’t want to go to the hassle of going outside and running a cable through a window and all that.

The system isn’t cheap, at $399 on the WilsonAmplifiers.com website, but if getting online is important to you, and if you appreciate not having dropped calls when you are in fringe areas, it’s money well spent. We’ve seen a lot of technology come and go over the years, and in my opinion, this is the best and easiest to use I’ve ever seen. I like it!

Thought For The Day – Television may insult your intelligence, but nothing rubs it in like a computer.