Nick's Blog » Coincidence? I Think Not!

For years I have had a reputation for bringing bad weather with me everywhere I go. A community could be in a year-long drought, but about the time I show up they get torrential rains. Folks can be planting their gardens on a sunny spring day when I pull into a campground, and the next morning they’re out shoveling snow. But guess what? As it turns out, I’m not the only one who is a force of nature!


The temperatures here in Central Florida have been in the mid to upper 80s for two or three weeks now, but yesterday the high was all the way down to 66°and in the 30s overnight. I highly disapprove!

Don’t blame me, I’ve been here all along. However, our friends Charles and Chris Yust from C&C Insurance arrived in the Sunshine State yesterday at the same time the temperature plummeted. Coincidence? I think not!

The best way to deal with cold, windy mornings is with a bowl of cereal with some fresh fruit on top, don’t you think? Look at the size of this strawberry! Who knew they grow quarter pound strawberries here in Florida? And those silly folks in Texas claim everything is bigger there. 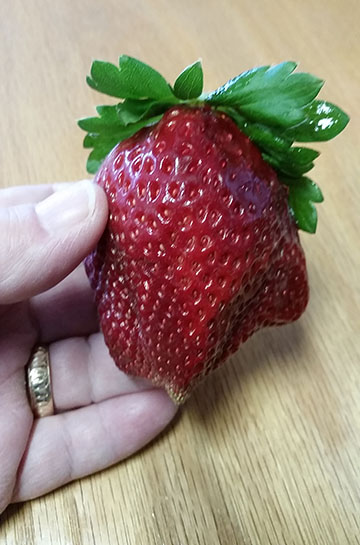 I mentioned the other day that Miss Terry just completed a new weaving project, and I think it’s the most beautiful one yet. Check out this scarf. It’s made of an iridescent material that changes colors with the light as you move. 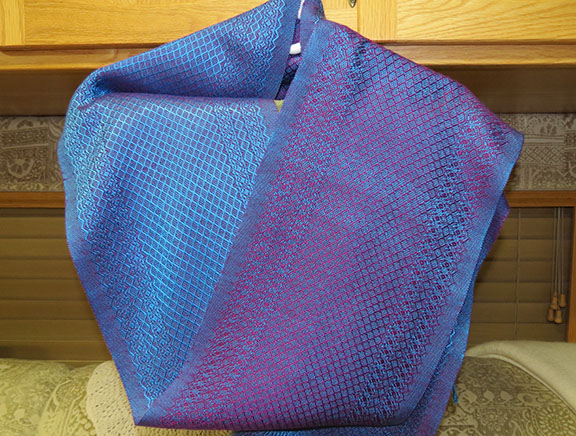 Terry said it’s the most complicated pattern she’s done yet, and I know it took her a couple of false starts before she got it right. But it sure was worth it! 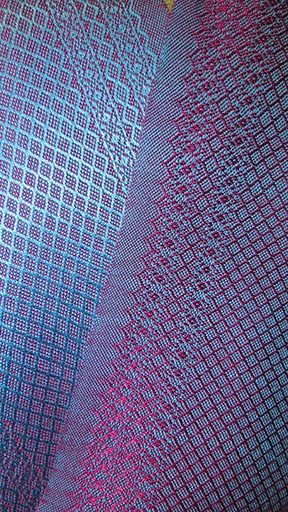 Not one to rest on her laurels, Terry barely had this one finished before she was hard at work on her next project. And from what I’m seeing so far, I think it’s going to be just as nice.


I was busy yesterday, too. I cranked out about 2,400 words in my new book, tentatively titled Return To Dog’s Run. I think it’s off to a pretty good start and I’m looking forward to seeing where the story takes me.

Speaking of books, I’ve been toying with the idea of putting together an e-mail program to send out to people with information about my books and those of other authors I know. Special promotions and things like that. If anybody would like to be on the list to receive it, please send me an e-mail at [email protected]. This won’t be a weekly thing, maybe once or twice a month at most, and I promise you that you won’t get a lot of spam e-mail. I don’t share readers’ e-mails or other contact information with anybody else and never will. Who’s interested?

During the afternoon I went down to the activity center here at the Orlando Thousand Trails preserve to pick up our mail and ran into manager Gary Greene. I have to tell you, Gary is the best thing that’s happened to this campground in all the time that we’ve belonged to Thousand Trails. He runs a tight ship, and I know he stepped on some toes along the way, but that’s what it takes to get the job done sometimes. And the end result has been excellent.


On the lawn in front of the activity center they have life-sized checker and chess games. In spite of the cold weather these kids were out having fun. I like to see kids doing something besides texting and playing video games. 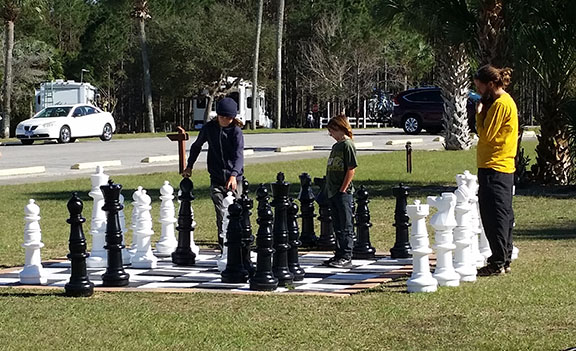 Today we’re going to get together with Charles and Chris for a visit and lunch. It’s been a year or so since we’ve seen them and we’re really looking forward to it. I just hope Chris doesn’t make a blizzard appear while we’re together.

Thought For The Day – I am not afraid of death, I just don’t want to be there when it happens. – Woody Allen

3 Responses to “Coincidence? I Think Not!”