I needed a break from working on the paper so we took the afternoon off to check out Columbus, the small town just a couple of miles from the Colorado River Thousand Trails preserve where we are staying.

This is a typical small Texas town, but one with a lot of history to it. Columbus is the seat of Colorado County, which was formed in1836. Two of the first Americans to settle here were John and Elizabeth Tumlinson, coming to Texas with their seven children as members of Stephen Austin’s original Three Hundred Colony.

Life was hard for the settlers who had to deal with the harsh landscape, disease, and marauding Indians. In 1823, after several Indian attacks, a militia force of volunteer Rangers was organized to protect the settlers. This group was the model on which the Texas Rangers were later based. John Tumlinson, who became a leader of the colonists, helped form the Rangers and was killed in an Indian attack that same year.

His son, John Tumlinson Jr. became a Texas Ranger captain in 1832, and another son, Peter, joined the Texas Rangers in 1835. They began a long tradition of service to Texas; more than fourteen other Tumlinson’s were Texas Rangers between 1859 and 1921, and others were frontier lawmen in other capacities.

The handsome Colorado County Courthouse, built in 1891, is topped by a dome with a four-faced Seth Thomas clock. 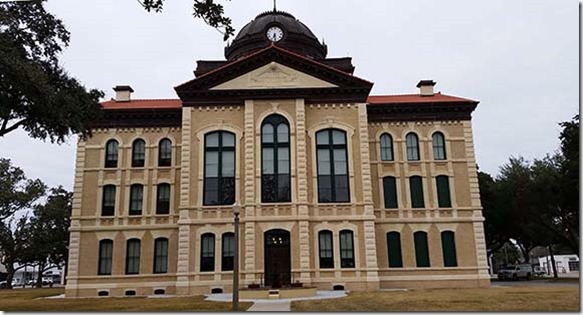 On a corner of the courthouse square sits the original Columbus water tower, which was built in the mid-1800s. More than 400,000 bricks were used to construct the 32-inch thick walls. 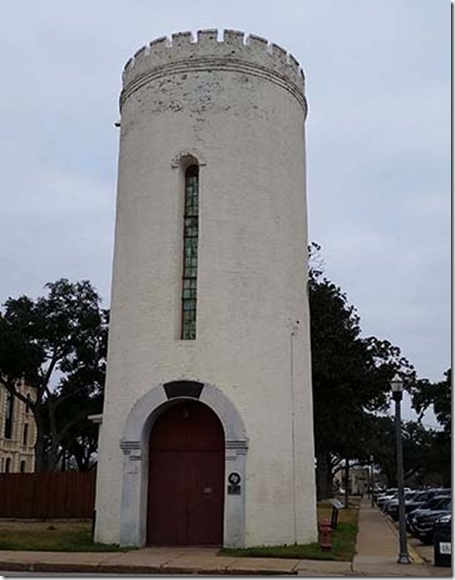 The small but busy downtown streets are lined with interesting shops.

Across the street from the courthouse, the Chamber of Commerce is housed in a beautiful brick building built in 1886, that has been both a bank and opera house. 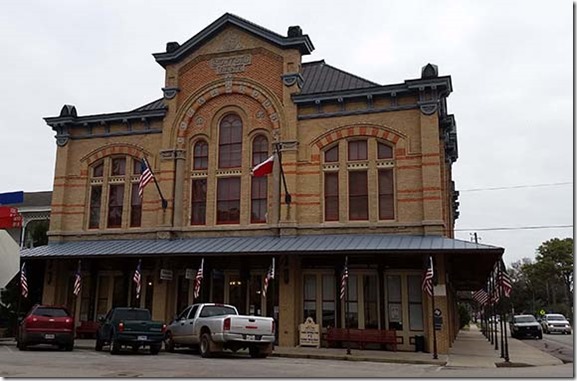 And of course, like everywhere in small town America, everybody you see is friendly and nods or waves at you.

A few miles north of downtown sits an interesting business, the Industrial Country Market, which the owners call a non-general general store. This place is a combination gift shop, surplus store, art gallery, and more. It also has two greenhouses that use hydroponics to grow all manner of plants and vegetables. And it’s all run on solar power! The business has a huge array of solar panels that supply all of their energy needs. They even offer classes on solar power and living off the grid. We spent a couple of hours just wandering around checking out everything, and Terry found some kitchen goodies and recycled silk yarn that she just couldn’t pass up. 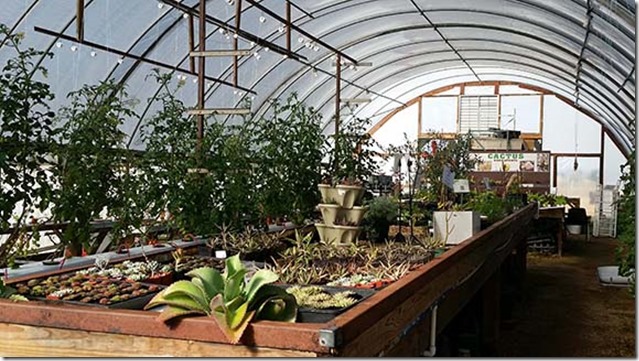 Today is our last day here, and I hope to get a few more pages of the new issue wrapped up before we hit the road Sunday.

Have you entered our latest Free Drawing yet? This week’s prize is as signed paperback copy of Explanations and Advice for the Tech Illiterate by Randall Morris. To enter, all you have to do is click on this Free Drawing link or the tab at the top of this page and enter your name in the comments section at the bottom of that page (not this one). Only one entry per person per drawing please, and you must enter with your real name. To prevent spam or multiple entries, the names of cartoon or movie characters are not allowed. The winner will be drawn Sunday evening. 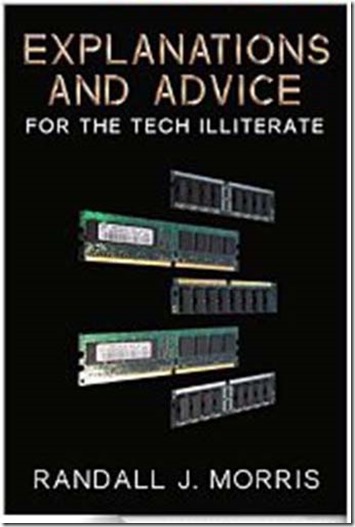 Thought For The Day – Until you make peace with who you are, you will never be content with what you have.