Nick's Blog » A Lot Going On

It seems like nothing ever gets cheaper, even if our income stays the same. That’s why Millenicom customers hoped that the announcement of yesterday’s price increase was just a bad April Fool’s Day joke. Unfortunately, it wasn’t.

Millenicom has been providing its customers real bargains on internet service; $69.99 a month for 20 gigabytes of data on Verizon’s network and liberal policies when customers slip over the limit. But Verizon changed all that recently when they raised their rates to Millenicom, which had to pass the price increase on to its customers. The new rate is $89.99 a month and a solid cap at 20 gigs a month. Chris Dunphy and Cherie Ve Ard of Technomadia have a full report on the changes on their website.

We had a lot going on yesterday even though I only left the motorhome once, to take out the trash. The day started with a phone call from Jeanne Forsythe, the lady who bought Terry’s rigid heddle loom a while back. Jeanne and her husband Bob live in Clay Springs, not far from our old hometown of Show Low, and she was in town helping her mother recover from a medical procedure. Terry had mentioned that she also had a small Cricket loom she had never used and wanted to sell and Jeanne wanted to come by and get it. We hope to have the time to visit with Jeanne and Bob when we get up to the White Mountains.

We also had a visit from Arlyn Kraft, another winter resident here at Santa Fe RV Park. Aryln came by to sign up for a digital subscription to the Gypsy Journal and we visited for a while. He owns a farm up in cold and snowy North Dakota and said he was in no hurry to get back there until it warms up. I don’t blame him!

CreateSpace contacted me about a couple of adjustments that needed to be made to Terry’s cookbook, Miss Terry’s Kitchen

, before we ordered a proof copy, so I made those changes and resubmitted it to them. Then I spent much of the day writing. We’ve been on the go so much lately that about all I’ve accomplished doing is just keeping up with e-mail and writing my daily blog, so it was good to spend some time at the keyboard.

I opened this blog by saying that it seems like nothing ever gets cheaper, but it does happen occasionally. For example, for a limited time the e-book version of Big Lake

, the first book in my Big Lake mystery series, is on sale on Amazon and Barnes & Noble for just 99¢. This is the book that started the whole Big Lake phenomena, selling over 160,000 copies and making the New York Times e-book bestseller list. If you haven’t read it yet, he’s your chance to do so, and save $3 in the process! 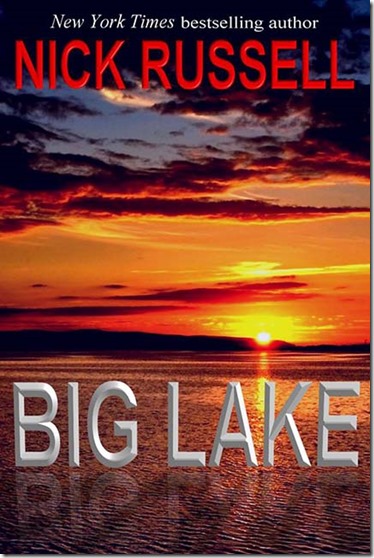 And if you haven’t taken advantage of the 99¢ deal on the original 9 Killer Thrillers anthology I took part in a few months ago, act now because it won’t be available much longer.

It’s Wednesday and that means it’s time to kick off a new Free Drawing. This week’s prize is an audiobook version of Explanations and Advice for the Tech Illiterate

by Randall Morris. This is a great guide to the commonly misunderstood elements of computers and home theater and explains things in a basic, understandable way without sounding too "techy." Topics include: basic computer types, basic home theater (video), basic home theater (audio), audio/video cables, computer viruses, e-mail security, understanding encryption & passwords, backing up your hard drive, and computer speed/startup items. All you have to do is click on the Free Drawing link and enter your name in the comments section at the bottom of that page (not this one). Only one entry per person per drawing please, and you must enter with your real name. To prevent spam or multiple entries, the names of cartoon or movie characters are not allowed. The winner will be drawn Sunday evening. 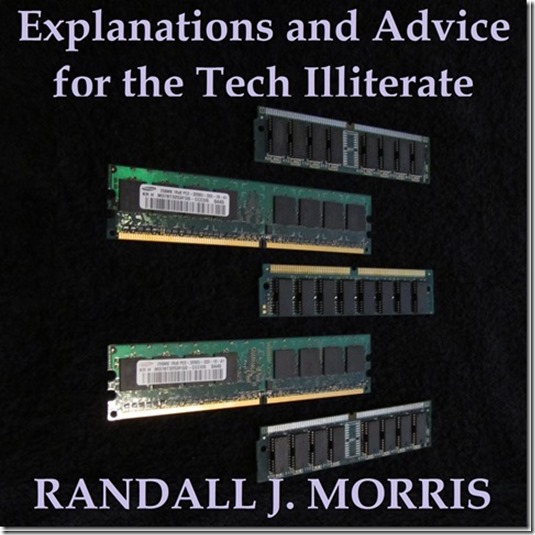 And finally, it’s been a while since we’ve heard from Bad Nick, but he’s back and he’s pulling no punches in a discussion of the funeral business and the greedy vultures in the industry who stick it to people at their most vulnerable time. Check out Disgraceful Vultures and leave a comment.

Thought For A Day – Prosperity is only an instrument to be used, not a deity to be worshipped. – Calvin Coolidge