We spent yesterday exploring Cannon Beach, an upscale beach community located just a few miles south of Seaside. The town’s name came about because of a cannon that washed ashore nearby in 1846 from the wreck of the U.S. Navy schooner Shark.

The town’s most famous landmark is Haystack Rock, which reaches 235 feet high, and is a favorite subject of artists and photographers. 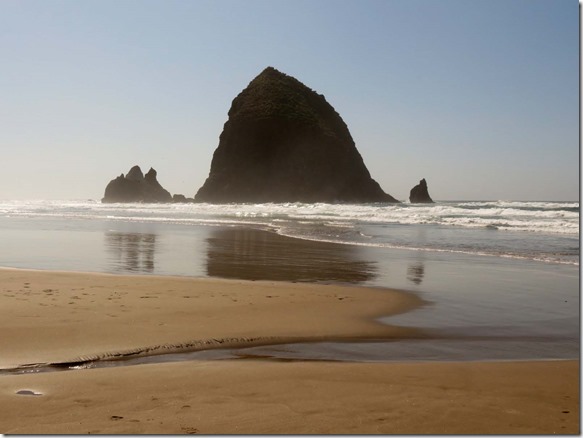 Cannon Beach has nine miles of beach that is popular with families, joggers, kite fliers, and surfers. 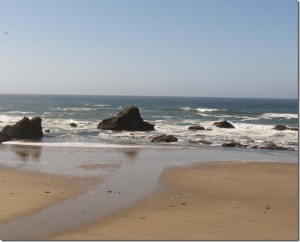 The downtown area has plenty of shops, galleries, restaurants, and lodging facilities. This is an artists haven and there are whimsical sculptures everywhere. 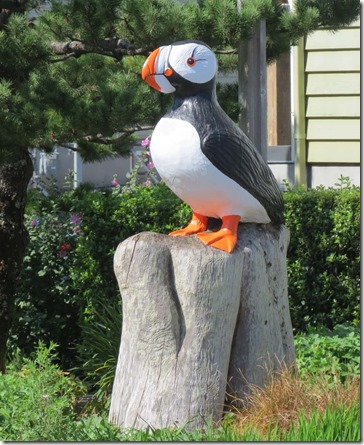 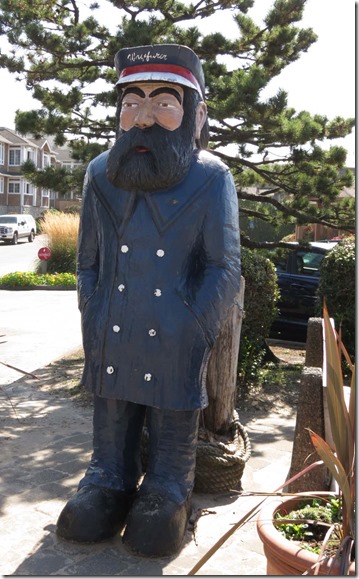 Cannon Beach has a couple of RV parks, and at least one of the public parking lots near the beach has designated RV sites. They are fine for smaller rigs, but a large RV would find it difficult. No overnight parking is allowed. 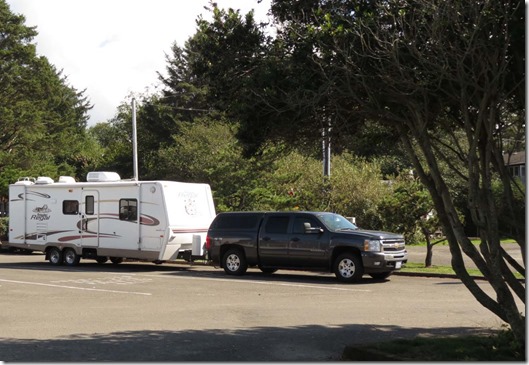 I guess you can find a clod everywhere you go. This guy was so busy talking on his cell phone that he never noticed that the incoming waves were splashing around his baby’s carriage. Even when his wife and a young man saw it and ran to get the child out of harm’s way, he was too engrossed in his conversation to hang up. 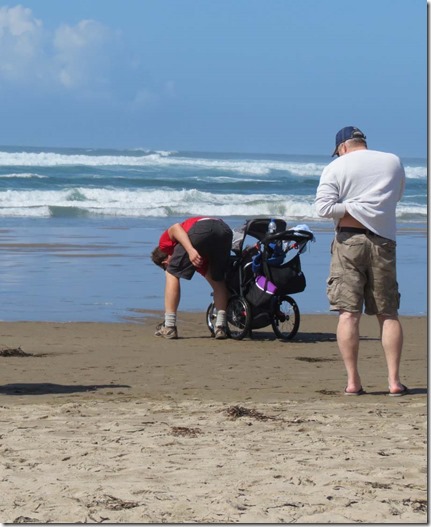 These rock formations are called sea stacks and you will see them all along the Northwest coast. 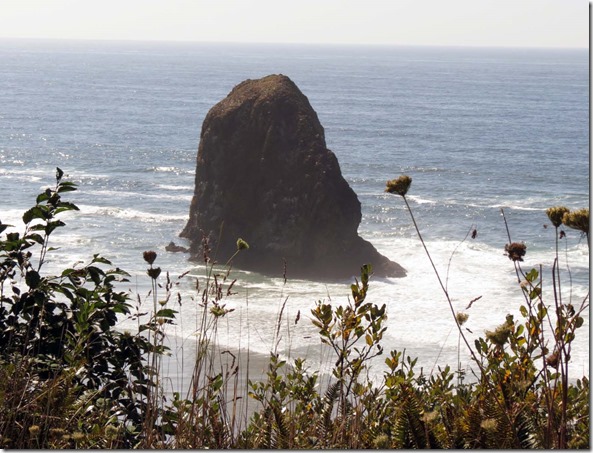 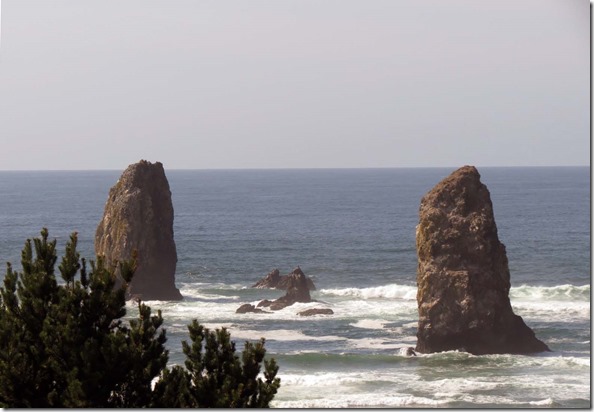 A mile offshore, Tillamook Rock lighthouse earned the name Terrible Tilly because of the dangerous conditions involved in manning and the weather it faces. High wind, crashing waves, and isolation were a part of daily life at the lighthouse. It was reported that, during a storm in 1896, a rock weighing 135 pounds crashed through the roof and into the kitchen of the light keeper’s quarters. And it is not unknown for storms to throw rocks into the protective glass around the light’s Fresnel lens. After nearly 80 years, the lighthouse was deactivated, and today it is used as a columbarium, a repository for the ashes of the dead. 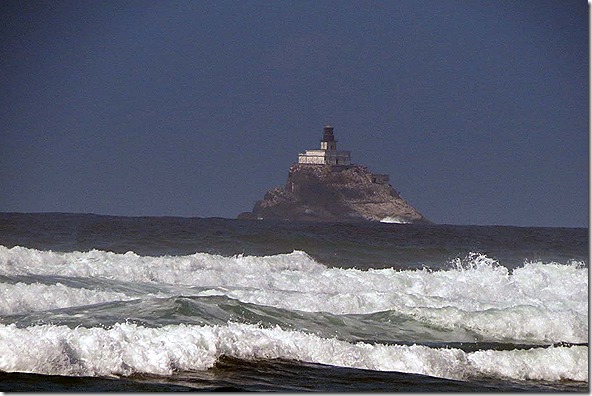 On the way home, we stopped to look for a geocache, but after looking for over a half hour, knowing that we were right on top of it according to the GPS coordinates, we finally admitted defeat. It’s bad enough getting skunked on a cache, but in the process I lost my sunglasses and couldn’t find them either!

Back at the campground, Kim and Lynda Moore, who are parked behind us, came by for a short visit. And later on, after dinner, Gypsy Journal readers Rod and Sue Pezzano, who are parked next to them, invited the four of us over for hot fudge sundaes. We had a lot of fun visiting, and the ice cream was delicious!

I also got word yesterday that Big Lake Blizzard is currently being featured on Digital Book Today. How cool is that?

More bad weather is supposed to be headed our way and today is the last nice day we’re supposed to have while we’re here. Maybe I’ll take advantage of it and sneak down to the beach to fly my Prism Snapshot 1.9 kite.

Thought For The Day – The price of anything is the amount of life you exchange for it. – Henry David Thoreau

One Response to “Cannon Beach”