Nick's Blog » The Egg And I

Yesterday afternoon we took a ride to Sequim, about 25 miles west on U.S. Highway 101. Sequim is a nice town, a little bigger than Port Townsend, with a lot of small businesses that all seem to be doing well, and some of the big chain stores like Staples, a Super WalMart, and Costco.

Along the way we stopped to check out this collection of old railroad cabooses that at one time served as an ice cream parlor and restaurant. It looked like they have been sitting empty for a long time, but there was a young man working on them, so hopefully they will be resurrected. 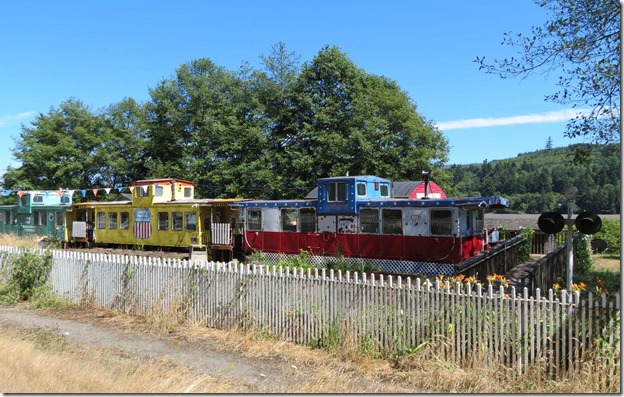 We drove the main street and some of the back roads to get a feel for Sequim, and stopped at a few places to look around. One of them was a nice yarn shop called A Dropped Stitch, where Terry fell in love with a Wolf Pup loom that folds up into a pretty compact size. I told her if she wanted it she should have it, but she said the only way she can bring something new into the motorhome is to get rid of something else. I let it drop then, because I’m about the most nonessential thing around here. 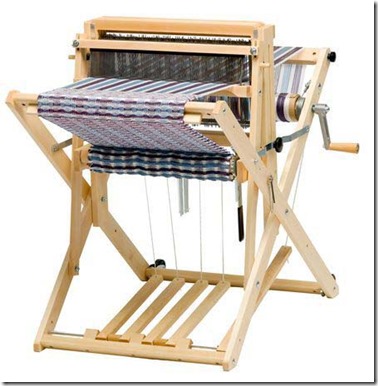 When I asked Jean Montoya at the yarn shop for a suggestion about a place to eat, she suggested Snug Harbor Café, on the way back to Chimacum. It was a great choice. Housed in a small building on U.S. Highway 101 at the southern end of Discovery Bay that reportedly was a bordello at one time, the place was a real find. The steamer clams dipped in drawn butter were exquisite, the fish and chips were very good, and Terry said the fish tacos were among the best she’s ever had. She said the fresh pico de gallo was awesome and the fish was crispy and fresh, a combination that would be hard to beat.

On our way home after dinner, we took a side trip to drive a few miles south of Chimacum to Egg And I Road. This rather strange name for a road was based upon the stories Betty McDonald told of her life as a newlywed running a small chicken ranch here on the Olympic Peninsula. On trips to visit her family in Seattle, McDonald’s tales made everyone laugh, and her sisters urged her to write them down. The result was the popular 1945 book The Egg and I

, which was made into a movie

in 1947, starring Claudette Colbert and Fred MacMurray as McDonald and her husband. Marjorie Main and Percy Kilbride were cast in the roles of Ma and Pa Kettle. 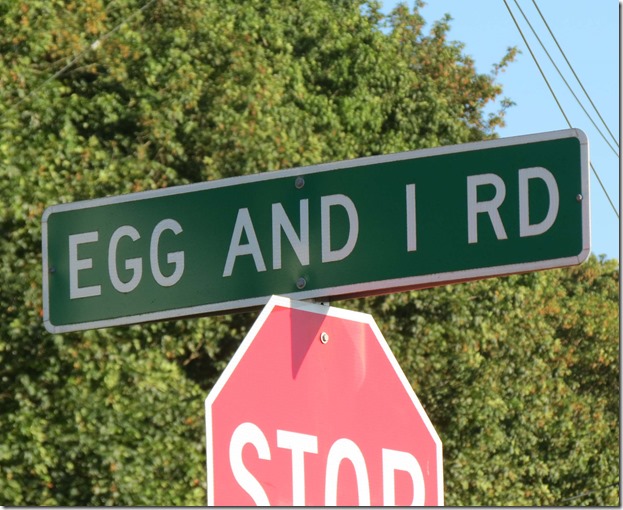 While the movie was a hit, there were some that complained that McDonald portrayed the local people as country bumpkins, and one family from Chimacum sued McDonald and the book’s publisher, claiming the characters of Ma and Pa Kettle were based upon them and hurt their reputations locally. The jury denied their claim when it was shown that the same family had used the Ma and Pa Kettle image to promote their business.

Egg and I Road leads west from State Route 19 past the former site of MacDonald’s farm, and while we saw a sign for a place called Egg & I Fuschias, there was no indication that it might have been where the original farm stood. 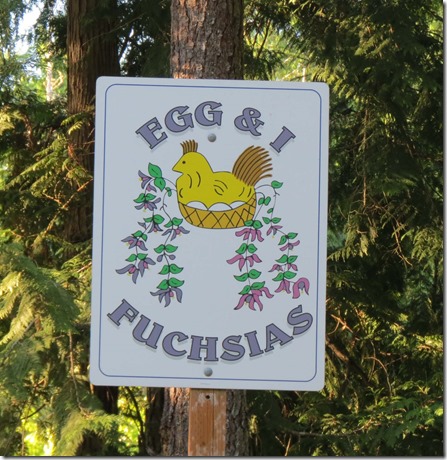 When I saw this neat old International pickup sitting alongside the road, I asked Terry to take a picture of it. Old trucks, no matter how beat up they are, just have a certain character to them. 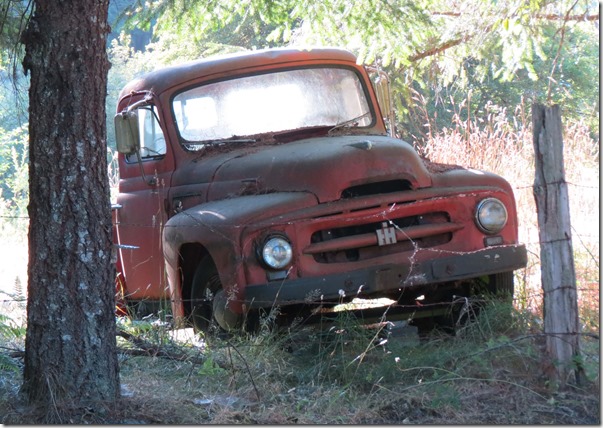 I’m not sure what today holds in store for us. We may go back to the Farmers Market in Sequim, we may wander around Port Townsend for a while, or we may stay home and relax. Check back tomorrow and we’ll both find out what we decided.

Thought For The Day – Sometimes the easiest way to solve a problem is to stop participating in it.

8 Responses to “The Egg And I”