Twelve days in the Denver area were about eleven days and twenty hours more than I needed. It sure was good to get the wheels rolling yesterday.

We left the Westminster Elks lodge campground about 9:30 a.m., got on Interstate 25 and headed north, waving goodbye to the Denver skyline. 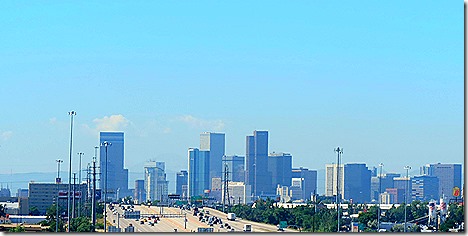 Cruising down the highway with the big city behind us, going to places we’ve never been, it just doesn’t get any better than this! 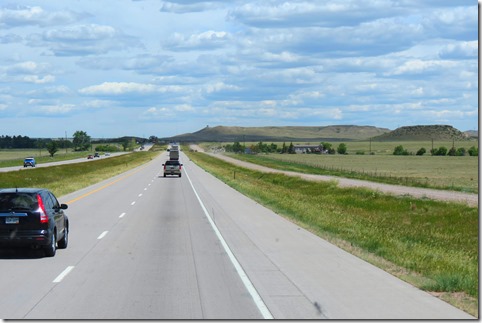 Well, except for the road construction. You can’t drive fifty miles in America without running into a construction zone. I don’t mind the ones where they’re actually working, but I get ticked off when we drive miles with the road down to one lane and there’s not even anybody around. 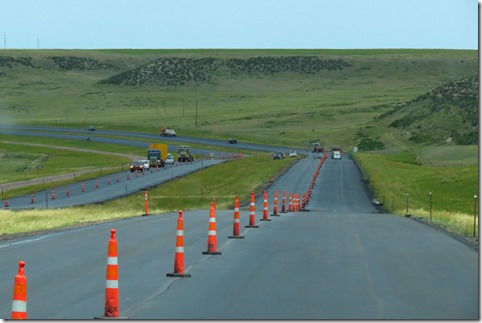 Eventually we crossed into Wyoming, where this buffalo silhouette stood on a hill to welcome us. 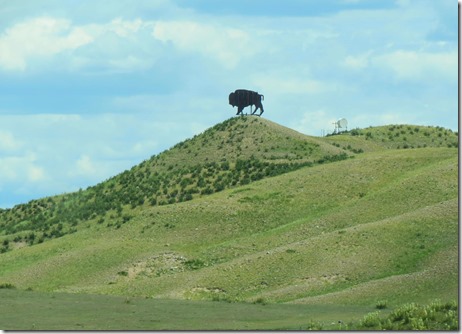 We stopped at the Flying J just outside of Cheyenne for fuel and to pick up new windshield wipers for our Winnebago, since the old ones were worn out. Back on the highway, we passed a field with several camels in it. Camels? What self-respecting cowboy rides a camel? But what the heck, it was Wednesday, and that’s hump day, right? Sorry, I couldn’t resist. 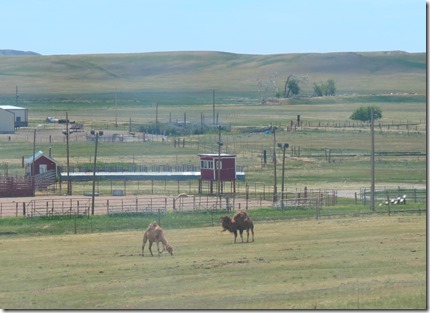 Further up the road we started seeing antelope. I like antelope a lot better than camels. They’re beautiful animals, and they won’t spit at you like camels do. 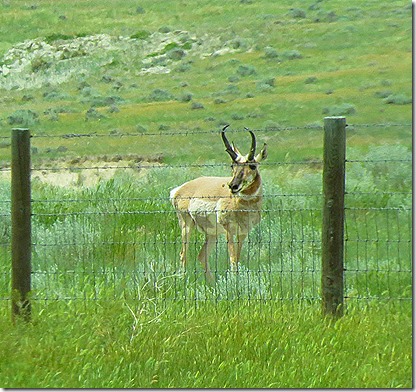 Mesas and windmills. Is anything more symbolic of the Wild West? 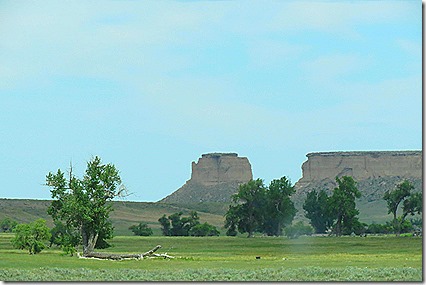 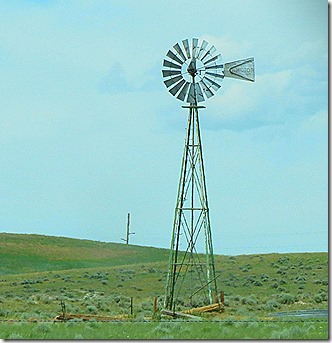 Well, maybe a cowboy silhouette on a hilltop. 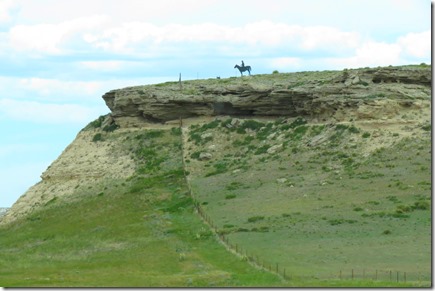 The wind started picking up and a highway alert sign said to be prepared for gusts up to 35 miles per hour. Not fun in a big motorhome! It was time to get off the road.

We pulled into the Wyoming State Fairgrounds in Douglas, where we got a full hookup 50 amp pull-through site for $25 a night. Since we learned we couldn’t get in to the Cam-plex in Gillette until Friday, I paid for two nights. It’s $3 a day cheaper than the Cam-plex and there were maybe fifteen RVs in the 400 site campground. After the flakey electric power we’ve had at the Elks lodge, it was nice to have strong power coming in.

Douglas has a small city park on the Platte River right in town where RVs can dry camp, but with 95 degree temperatures and the fact that we needed to print out many copies of our various RVing and camping guides for our vendor booth at Escapade, we needed power.

Douglas is also home to the jackalope, an illusive animal that’s part jackrabbit and part antelope. Some people will try to tell you that they aren’t real, but the folks in Douglas will set you straight about that real quick. They even have a couple of statues of the critters in town. 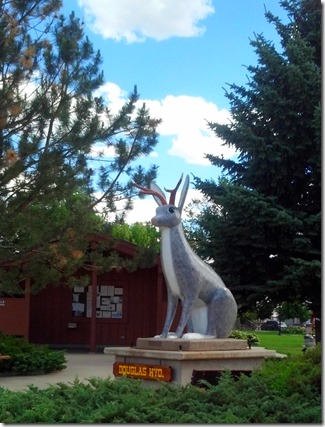 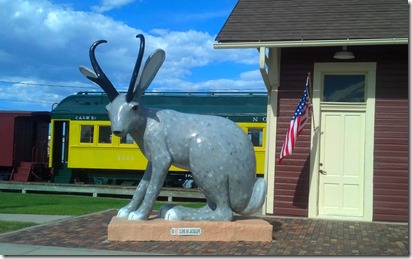 We took a ride around town to check things out and discovered the Douglas Railroad Interpretive Center, which has several railroad cars and this neat locomotive on display. We’ll try to get back to check it out today. 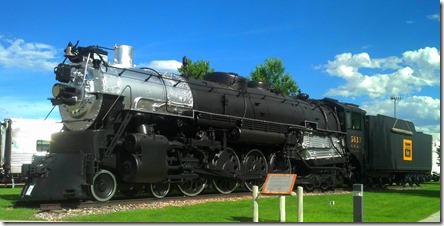 Back at the fairgrounds RV park, I spent the evening printing out camp guides, and Miss Terry installed the new windshield wipers. I like being married to a woman who can fix things, because I darned sure can’t!

Thought For The Day – The way to get started is to quit talking and begin doing. – Walt Disney