Back in January I posted a blog with pictures of homemade RVs titled Coming To A Campground Near You that was so well received that I followed it up a month later with a second helping called More Oddball RVs. Since then blog readers have sent me even more pictures of RVs you won’t find on your hometown RV dealer’s lot.

This first one is a homebuilt bus conversion that Mark Turbert saw dry camping on Bureau of Land Management (BLM) land in Arizona. 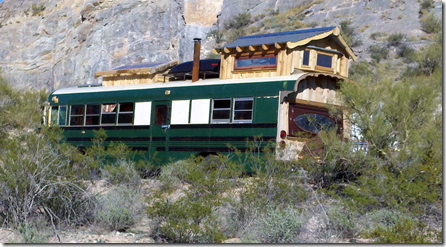 Our good friend Bill Joyce spotted this heavily loaded hippy colorful Class C camper somewhere in his travels and shared a picture of it with me. 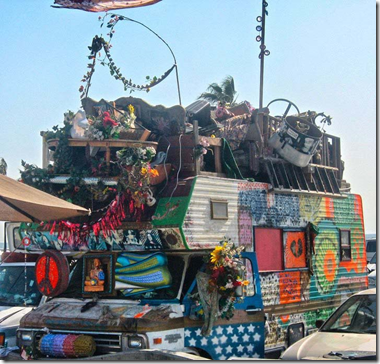 Another neat rig is this vintage truck and travel trailer combination Bill saw a while back in West Yellowstone, Montana. I like it! 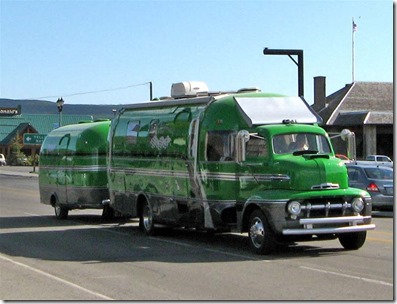 Homebuilt RVs are nothing new, folks have been making them since even before there were things called RVs. Back then they were called housecars, and this is an example of an early day home on wheels. 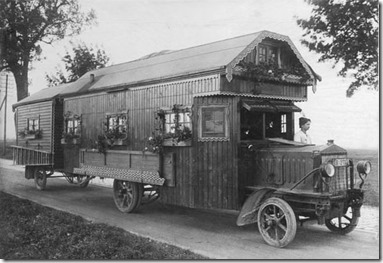 When it comes to antique RVs, I can always depend on my pal Al Hesselbart, historian for the RV Museum in Elkhart, Indiana and the author of The Dumb Things Sold…Just like that

, a fascinating book that chronicles the history of the RV industry, to come up with something interesting to share. This is a 1948 Liberty double decker trailer. 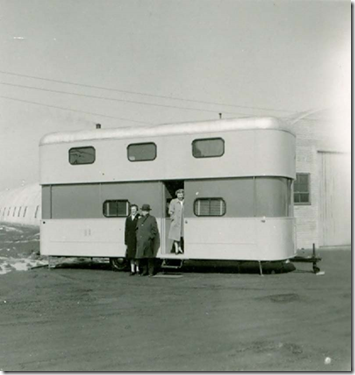 When he sent me this picture of a cool old housecar, Al wrote, “In the years around World War I people began to create homemade house cars and head off cross-country to see America. There being very few brand name manufacturers, nearly all of the early rigs were homemade. These travelers started off on a journey of unknown destination as noted on the side under the driver’s window where the legend reads “From Michigan to?,” a concept that many modern most timers and fulltimers know very well. Still today, the sign seen in many fulltimer rigs states “I’m lost, but I’m making real good time.” 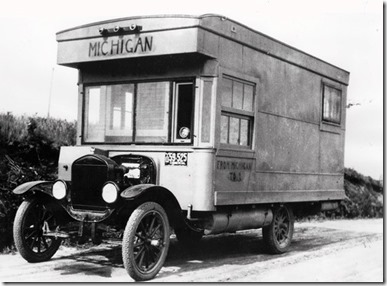 Here’s a third, more recent but still vintage creation Al came up with. 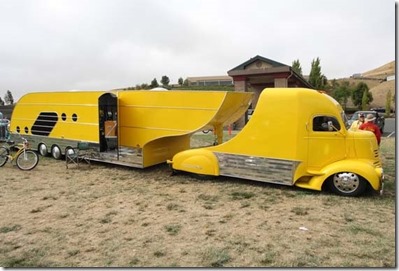 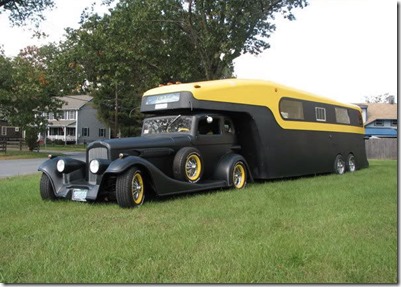 But if that’s too big, this smaller truck and trailer combo might fill the bill for you. 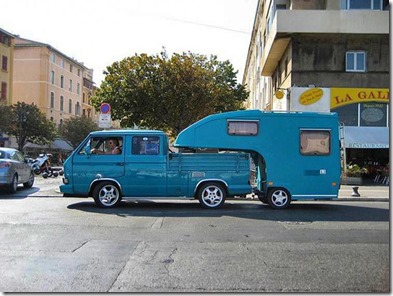 Of course, for those really small campsites, even that might be too big. Then you might want to downsize even more. Would this do the job for you? There’s not a lot of room to entertain, but it doesn’t burn a drop of fuel! 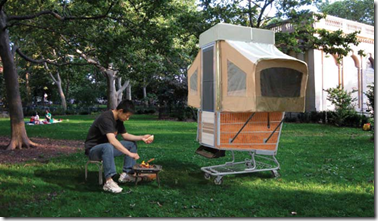 Thought For The Day – Don’t rush life, it will be gone before you know it.