Yes, it won’t be long now. Christmas is coming up fast, and Miss Terry still won’t tell me what she wants for Christmas. I ask and she just says she doesn’t need anything. I keep reminding her that I didn’t ask her what she needed, I asked what she wanted.

Terry’s not into jewelry or clothes, so that’s out. Tools used to always be a good bet, but not anymore. Since we’re no longer building a bus conversion, she has hung up her tool belt. What’s a guy to do?

Actually, we don’t usually buy Christmas gifts for each other because we both have everything we need or want already. And living in an RV limits what we can carry with us anyway.

What about you? What do you want for Christmas?

We stayed home yesterday and I got a lot more writing done, while Terry worked on her current crochet project. During the afternoon, Jim and Linda Sullivan came by and we chatted with them for a few minutes. They had a couple of office chairs they aren’t using anymore and were going to donate someplace, but wanted to give us the first chance at them. We couldn’t use them, but we appreciated the offer.

I also had a 30 minute telephone interview with someone from Amazon’s Kindle publishing program during the afternoon. Basically it was a fact finding mission on their part to get feedback on how well they are doing their job, what they could be doing better, what services they might offer to their authors, and what other outlets I am selling through. I hope my responses will help them make a good program even better.

Speaking of books, things moved faster than I expected and the print version of Crazy Days in Big Lake is now available. Here’s the link to the printed edition, for those who have been waiting. 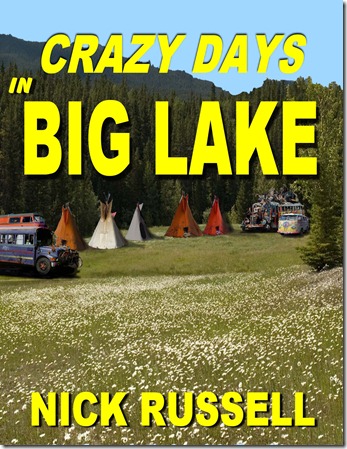 Terry loves to cook and bake and takes every opportunity she can to do so. Yesterday’s creation was a delicious banana nut cake. I’ll never be a skinny man. 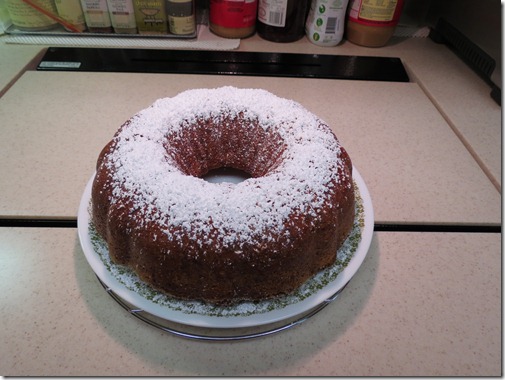 I’m not sure what’s on the agenda today. Sooner or later we want to go see Lincoln, maybe sometime this week. But it feels kind of nice to just sit tight and not do much of anything too.

Thought For The Day – On the internet you can be anybody you want. So why do so many people chose to be stupid?

8 Responses to “It Won’t Be Long Now”