No, that’s not the title of a new book I’m working on, but it would make a good one, wouldn’t it? Actually, it refers to something that has had us wondering all week long.

Ever since we arrived in this friendly little Potomac River town, we have noticed these road signs, which we are familiar with from our travels in the Amish areas of Indiana, Ohio, and Pennsylvania. 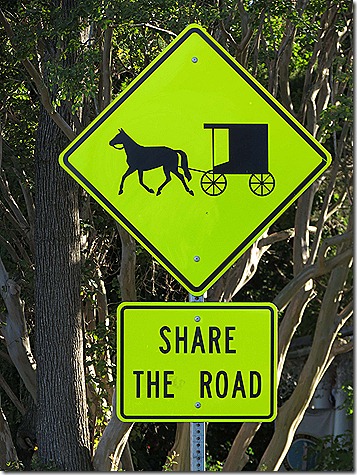 So where are the Amish? Are they in hiding? Maybe in some sort of Amish witness protection program? Or did they just disappear into thin air, like the Lost Colony of Roanoke? Who knows?

Or maybe there’s something even more sinister going on here…. Greg thinks it’s a plot by the local police to keep drivers alert and make them obey the traffic laws.

It may be a busy place in the summertime, but since we’ve been here, Colonial Beach has been a very quiet little town. How quiet is it? I’m glad you asked.

It’s so quiet that the police department drives around in golf carts! I guess maybe that’s all they need if the only thing they have to pull over are Amish buggies. If there are any Amish here! We still haven’t solved that mystery yet. 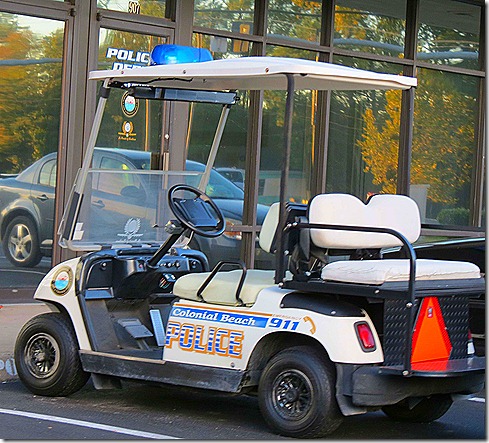 When we went into town yesterday afternoon, there were a few people on the Municipal Pier, but it was a bit too cold and breezy for us. One of the things on my bucket list is catch a fish from a pier someday. It doesn’t have to be a big fish, just a fish caught from a pier. 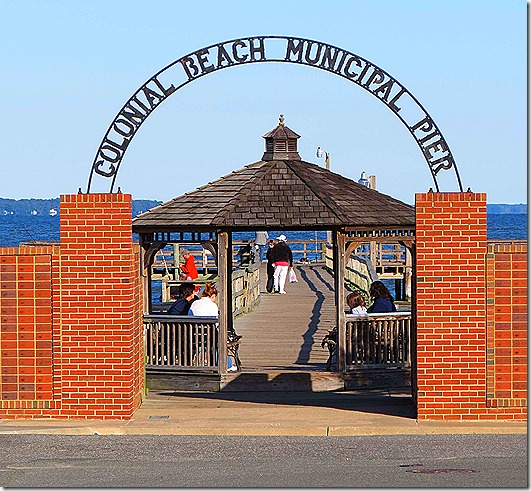 We did drive along the waterfront for a bit, admiring the beautiful homes, including this beautiful Victorian bed and breakfast known as the Bell House, because at one time it was the summer home of inventor Alexander Graham Bell. 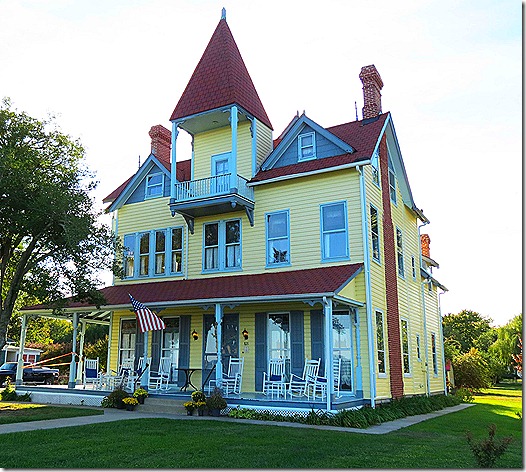 According to their website, the home was built in 1883 by Colonel J.O.P. Burnside, who was the son of Civil War General Ambrose Burnside. Burnside forfeited the house to the government in a lawsuit over pay irregularities in the Union Army accounts he administered. The Bell family purchased the home from the government. Bell House is listed on the National Register of Historic Places and is a Virginia Historic Landmark.

Before heading to dinner, we stopped to admire this handsome boat out on the water. I’d like to have a boat someday, something bigger than my kayak, but just about everybody who knows me and my track record seems to be in unanimous agreement that it is a really, really bad idea. I guess they’re probably right. 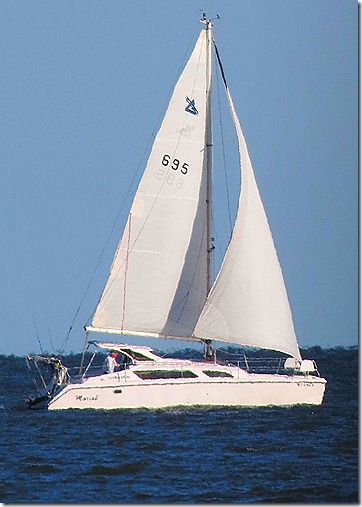 Except for our brief afternoon trip into town, it was a quiet day for us. Terry worked on another baby cocoon for her soon to be born twin grandbabies, and I finished the first chapter of my new Big Lake mystery. I let Terry and Jan White proof it, and they both seemed to like it.

Today we’re headed into Fredericksburg to play tourist. There is so much to see and do and so little time. There is so much history in this region that we could easily spend a whole summer here and never get to it all. This is one area we’ll definitely return to again!

Thought For The Day – A professional writer is an amateur that didn’t quit. – Richard Bach

3 Responses to “The Phantom Amish Of Colonial Beach”