Since we only had about 165 miles to go yesterday, we took our time getting up and getting into gear. After checking our e-mail and responding to the most pressing, Miss Terry stowed things away inside the motorhome while I unhooked our campground utilities, and we were ready to leave a little after 10 AM. Then we walked over to say goodbye to Barb and Tom Westerfield.

But then we found out that our friends Joe and Marcia Jones were only a few minutes away from the campground, so we quickly decided to wait for them. I drove over to the propane station and got our tank filled, and by then Joe and Marcia had arrived and Terry greeted them. Then they came down to where I’d parked the Winnebago and we had a brief visit. It’s been at least a couple of years since we’ve seen these two characters and it was good to have a few minutes to chat with them. Joe said they’re going to try to make it to Celina for our rally next week. I hope we see them here.

We left Elkhart Campground about 12:15 PM, got on the Indiana Toll Road and took it east 54 miles to Interstate 69, where we turned south. Usually we follow I-69 all the way down to Fort Wayne, where we pick up US 30 and follow it into Ohio. But we wanted a change of scenery and we love traveling the back roads so Terry found us a different route instead.

About halfway to Fort Wayne we turned east again on US Highway 6, a nice two-lane road that took us through the small towns of Waterloo and Butler, Indiana and into Ohio.

Edgerton, Ohio looked like a friendly little town, and they had this Civil War statue on the edge of downtown. 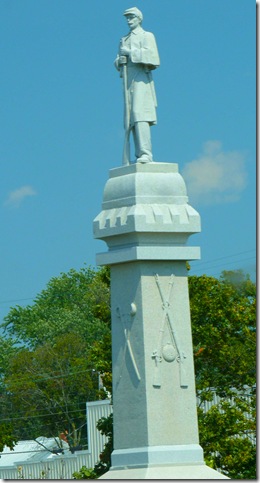 We had to make a couple of dogleg turns, and Terry took a quick shot of this antique fire engine in front of the fire station as we passed. 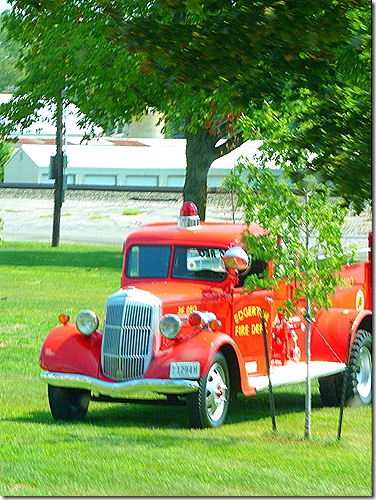 The back roads of the Midwest are great for RV travel; usually they’re long and straight, mostly flat, and there is not much traffic. 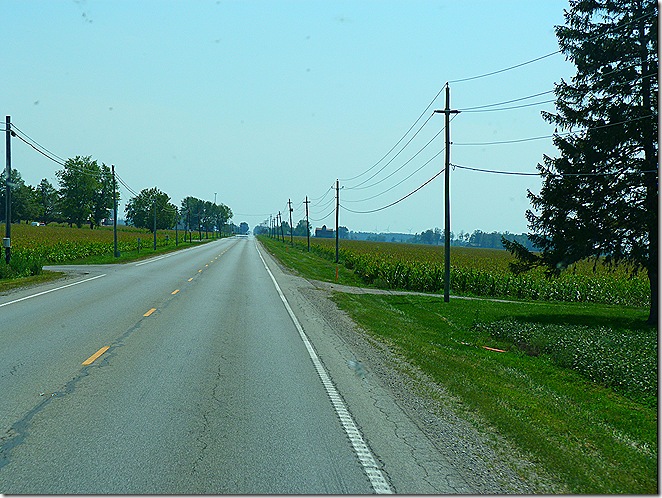 We like old barns, and whenever Terry’s sees one she takes a picture. On some routes that we have traveled several times over the years, we have watched the decrepit old structures sag right into the ground from one season to the next. 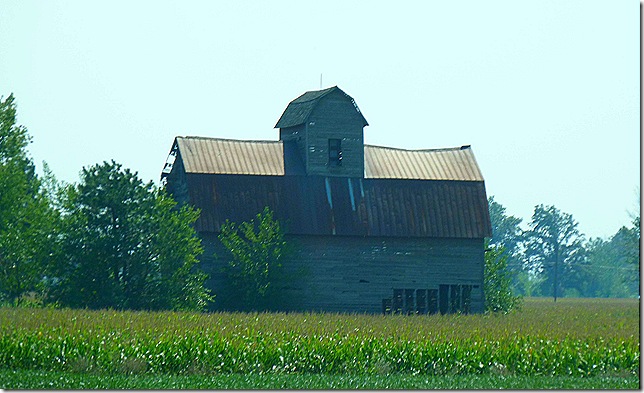 There aren’t many towns out here, but lots of cornfields, along with soybeans and other crops. 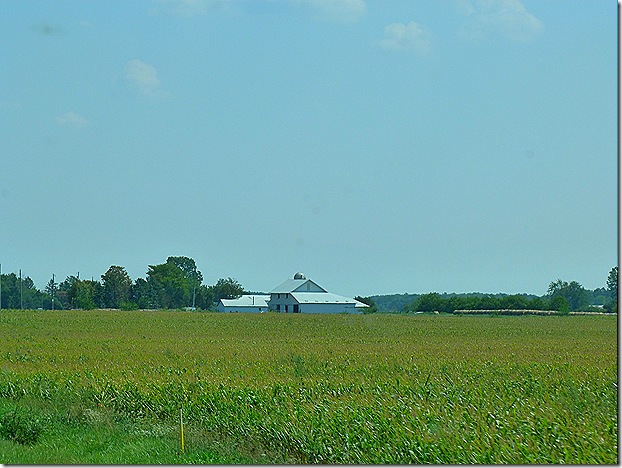 Speaking of old barns, you don’t see many of these Mail Pouch tobacco signs anymore, but when I was a kid they were everywhere. 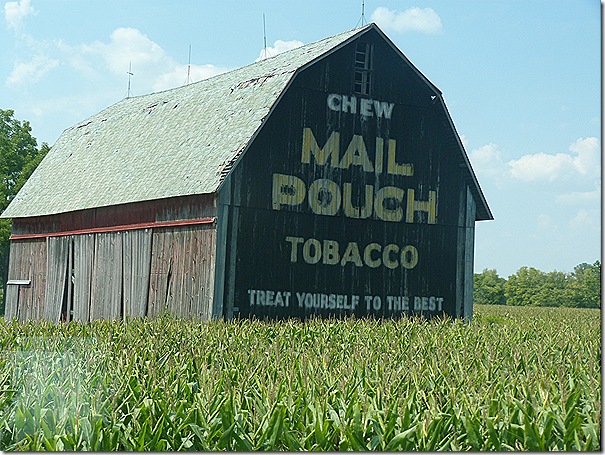 On the other hand, when we first started fulltiming, these giant windmills were something of a novelty. Now we see wind farms all over the country, from California and Texas all the way to Ohio, and even in New England. 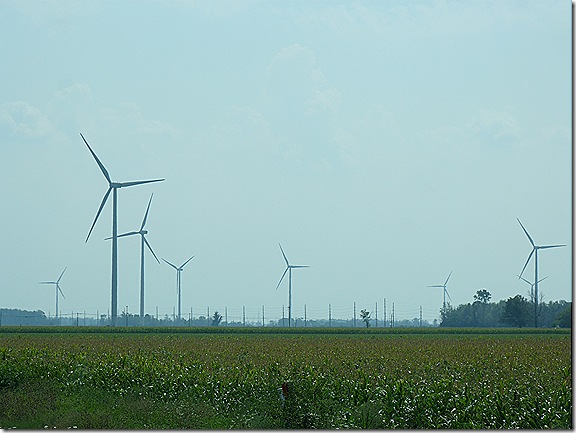 Eventually we hooked up with US Highway 127 and followed it south another 56 miles through Van Wert and into Celina. We arrived at the Mercer County Fairgrounds about 3:30 PM and were greeted by our friends Ron and Brenda Speidel, who came over from Elkhart a few days ago. There is a small Airstream rally just winding up, and Ron loves those silver trailers, so he’s had a good time admiring them all week.

Once we were parked and hooked up, it was time for dinner. So we headed for China Wok Buffet, one of our favorite places to eat in this part of the country. Our pals Greg and Jan White will be in today, as will Mike and Elaine Loscher, and they all really like the restaurant from our previous rallies here, so I’m sure we’ll be going back real soon. But I just felt like it was my duty to check it out ahead of time and make sure it was still as good as we remembered, so they wouldn’t be disappointed. Oh, the things I do for my peeps! 🙂

Thought For The Day – If money doesn’t grow on trees then why do banks have branches?

3 Responses to “Midwest Back Roads”