It was so hot here in Elkhart, Indiana yesterday that I saw two trees fighting over a dog! Now that’s hot!

It was 103° here yesterday afternoon. The basement air conditioner in our Winnebago Ultimate Advantage usually keeps it cold enough to hang meat in here, but yesterday, even with the curtains closed over our windshield and the window blinds closed, the best it could do was to keep us in the mid-80s. I went outside of couple of times to drop some trash off at the dumpster, and the breeze that was blowing made me feel like I was standing in front of a giant hairdryer.

It was a very good day to stay inside and write, and that’s what I did for much of the day, knocking out another 6,500 words in my new Big Lake book. Meanwhile, Miss Terry was working away at trying to master her sock knitting machine. It’s providing her with plenty of challenges and frustration. Our internet friend Karen Pfundtner sent Terry a video on the machine, and Terry found some more stuff on YouTube that has helped a lot, but it’s one thing to watch a video and something else when it comes to putting what you see into practice. But I know Terry, she’ll eventually get a handle on this.

Dennis and Cheryl DeNoi were parked a few spaces down from us here at Elkhart Campground, and we went down and spent some time with them in their beautiful 1983 Apollo Sceptre motorhome. The rare vintage coach looks like new, and was recently featured in a story in Motorhome magazine. We had a nice visit with Dennis and Cheryl, and really appreciated the tour of their coach. 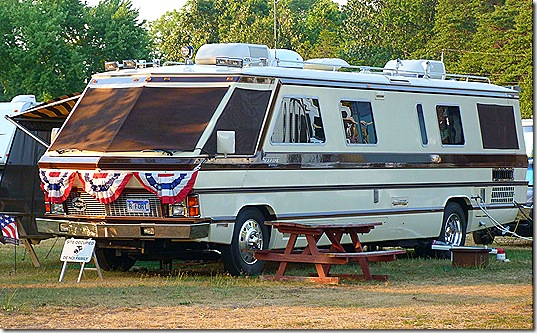 About the time we were getting ready to leave, Al Hesselbart from the RV Museum showed up, because Dennis and Cheryl had invited him to dinner. I told them that if they feed him, he’ll never go away. Actually I should’ve told them to be very careful that he didn’t sneak away with their motorhome and put it on display in the museum!

Usually there are a lot of people out and about at the campground, but it was so hot that for most of the day it looked like a ghost town. People were only coming outside if they absolutely had to. 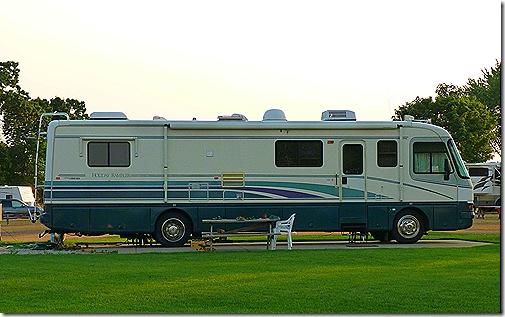 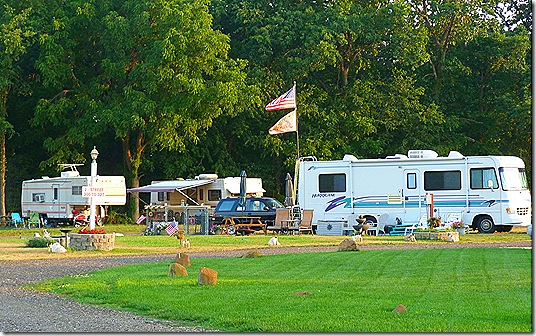 We did get a quick visit from Gypsy Journal reader Dave Curfman, from Jordan, New York, who came by to renew his subscription. Thanks for your continued support, Dave.

Last week I mentioned that Terry got new glasses, and several people wanted to see how she looked in them. Beautiful, as always! 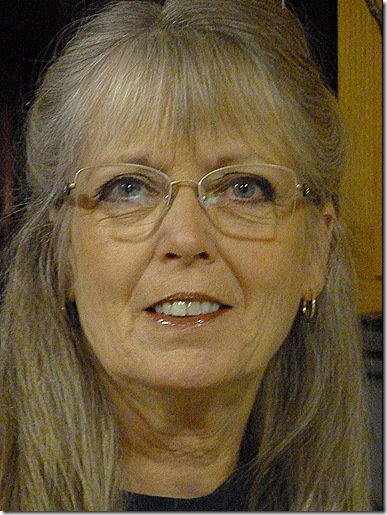 A while back I shared some photos with you of Big Lake signs that blog readers had sent me in their travels. Here is another one that my pal Sharon Del Rosario sent me from Oregon. Thanks Sharon! 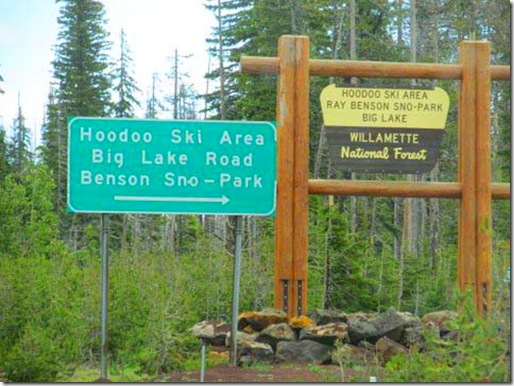 It looks like this heat wave is going to hang around for a while yet, with more triple digit temperatures predicted this week. I sure hope it cools down eventually, because I’m getting cabin fever!

Thought For The Day – When one door closes another one opens eventually. But these hallways are hell!