When we were finished with our drivers license renewals in Sioux Falls Tuesday afternoon, we hit the road about 2 p.m. and drove 225 miles to Mason City, Iowa, where we spent the night at Margaret MacNider City Park, which has a very nice campground.

We chose a back in RV site with 30 amp electric and water for $16 a night, though we had the option of a full hookup site for $25. I’m not sure of the exact number, but the campground has a lot of sites, paved roads, a laundry and bathhouse with showers, and a dump station. The only drawback was that in the site we chose, getting out of the campground involved a very tight turn around a couple of trees that required Miss Terry’s assistance to make sure I didn’t scrape the motorhome up. But we got out all in one piece.

Before we unhooked and hit the road yesterday morning, we drove the Explorer into town to visit The Music Man Square. Composer and playwright Meredith Willson, best known for writing the book, music and lyrics for the hit Broadway musical The Music Man, was born and raised in Mason City, which was the setting for the fictional River City in his tale of con man Harold Hill. 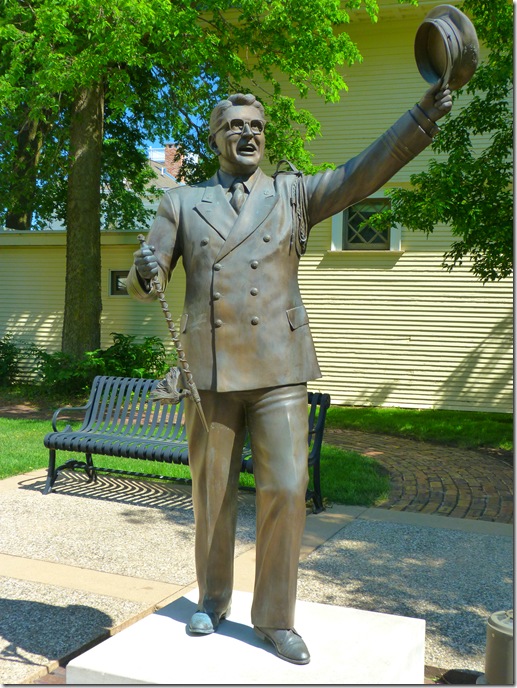 The Music Man Square includes a 1912 River City streetscape, with the storefronts based on the sets used in the Warner Bros. 1962 film version of The Music Man, including Mrs. Paroo’s front porch, Henderson’s Mercantile, the bank, and Pleez-All pool hall. 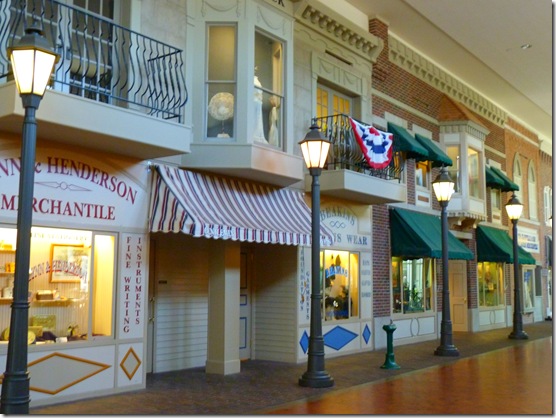 The placed was closed when we arrived, but office manager Karry Taylor was gracious enough to interrupt her morning to give us a private guided tour, pointing out interesting items and explaining how the Square came to be.

There is also an excellent museum with displays on Willson’s career and the role music has played in American history and culture, and a nice display of musical instruments. 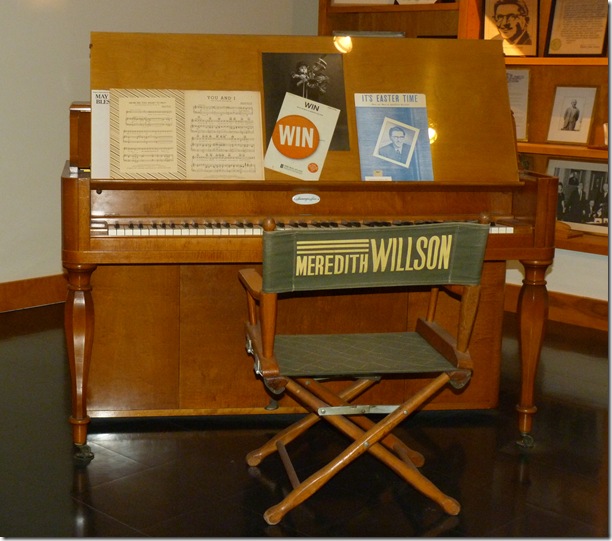 The home where Willson was born and raised is right across the sidewalk, and has been restored to the way it was when the Willson family lived here. There are several pieces of furniture and other items owned by the Willson family on display. Thanks for making us feel so welcome on such short notice, Karry. 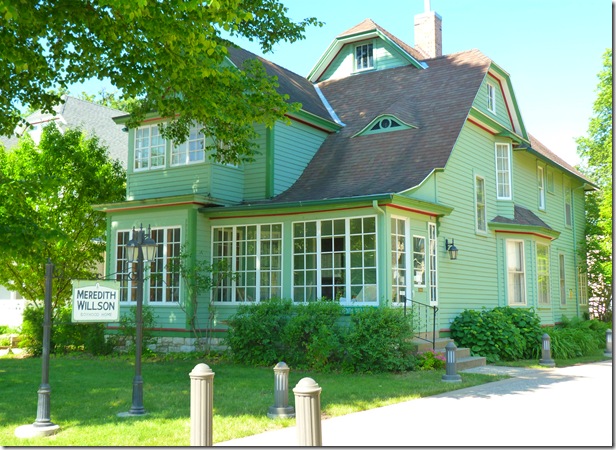 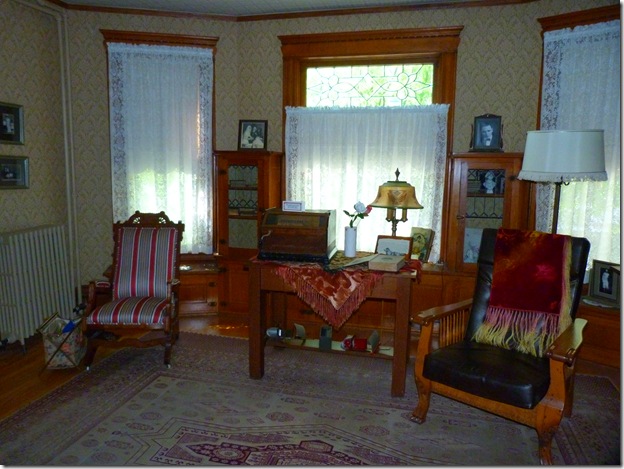 After our tour, we went back to the campground, hooked the Explorer to our tow bar, and hit the road. We drove southeast to pick up Interstate 80 near Iowa City and followed it into Illinois, after a stop at the Iowa 80 Truck Stop for fuel and a bite to eat. Billed as the World’s Largest Truck Stop, you can find anything that goes on, in or under a truck here, along with all kinds of services for truckers and travelers.

306 miles after we left Mason City, we stopped at Hickory Hollow Campground near Utica, Illinois. The Passport America affiliate is a nice place, with pull through full hookup 30/50 amp RV sites, restrooms and showers, a heated pool, free Wifi, store, and friendly staff. At $17 a night Passport America rate it’s a great deal. Access from Interstate 80 is easy, the Verizon internet signal was good, and we paid for two nights. 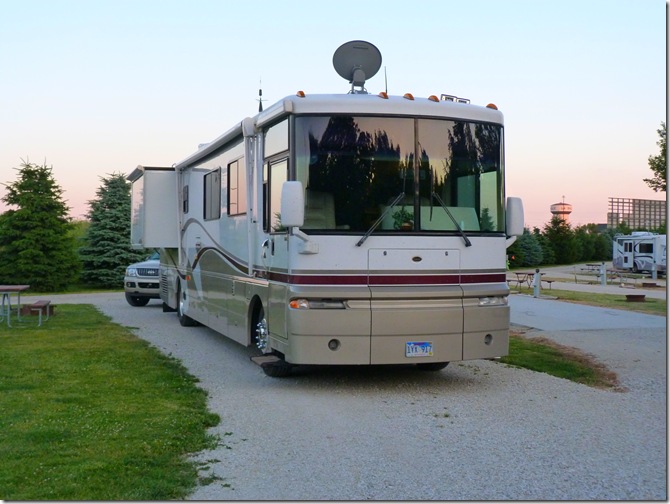 Today we’ll do some local sightseeing, and then get some rest before we push on for Muskegon, Michigan on Friday. We’ve covered a lot of miles in the last few days, but we’re getting close to the end of our trip. It will be good to slow down again.

Thought For The Day – The one thing that unites all human beings, regardless of age, gender, religion, economic status or ethnic background, is that, deep down inside, we all believe that we are above average drivers.

9 Responses to “Trouble In River City”