We really wanted to be away from where we were Wednesday night, so yesterday morning we were up bright and early and on the road before 9 AM. We had an appointment for Monday morning at Spartan Chassis in Charlotte, Michigan and I knew there were a couple of fairgrounds and an Elks lodge with RV parking we could get into to spend a few days until it was time to go to Spartan. But I decided to call Spartan to see if they had any openings in their on-site RV parking area. As it turns out they have lots of empty sites and told us to come on down.

So after a quick stop for fuel at the Flying J near Lansing, we continued on down to Charlotte. Spartan is only a mile or so from Interstate 69, and their RV parking area has 20 paved back-in RV sites with 50/30 amp electric. There is no water or sewer connection, but it’s free for customers waiting for service. We had filled our freshwater tank and dumped our holding tanks Wednesday morning when we left Fisherman’s Landing in Muskegon, so we were good to go. 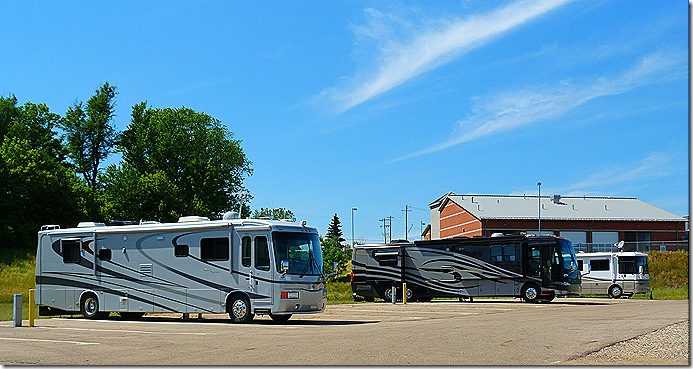 Once we were parked and settled in, I walked over to the Customer Service building to check in and let them know we had arrived. Chris McCord, one of the service supervisors, said they had an opening for this morning if we wanted that instead of hanging around through the weekend. Well, yeah! So sometime after 7:00 AM this morning they’ll move our motorhome into a service bay and get started on their 44 point checkup, an oil change and lube job, and checking out the front end to see what’s causing the change in our steering. So our short 117 mile drive yesterday paid off! 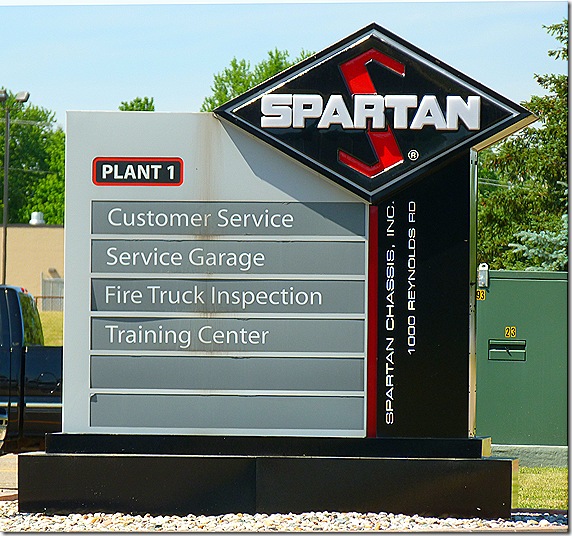 With any luck at all they’ll get things wrapped up early and we might even make it to Elkhart Campground by the end of the day. We’re really looking forward to seeing Bob and Gita Patel, our friends who own the campground, and all the other regulars who hang out there.

Several people had told us that while we were in Charlotte we needed to try Riedy’s Pizza, downtown. More than one person told us it was the best pizza they had ever eaten anywhere. I wouldn’t go that far, but it was darn good and anytime we’re in town I’m sure we will be going back.

While we were out, we drove through the Eaton County Fairgrounds, which is near Spartan. The fairgrounds has 300+ RV sites with water, electric and a dump station for $15/night. Most sites are 30 amp, but they have a few 50 amps sites also. The sites are on grass under large trees, with dirt roads. We chatted with the campground host, who told us they don’t get many RVers in because nobody knows about the place. (I guess they don’t have our Fairgrounds Camping guide.) The host told us that there is a park with a creek and paved walking trails next to the fairgrounds. I keep telling people that RVing does not have to be expensive; there are lots of free and low-cost places like this all over the country just waiting for you to come and enjoy them. 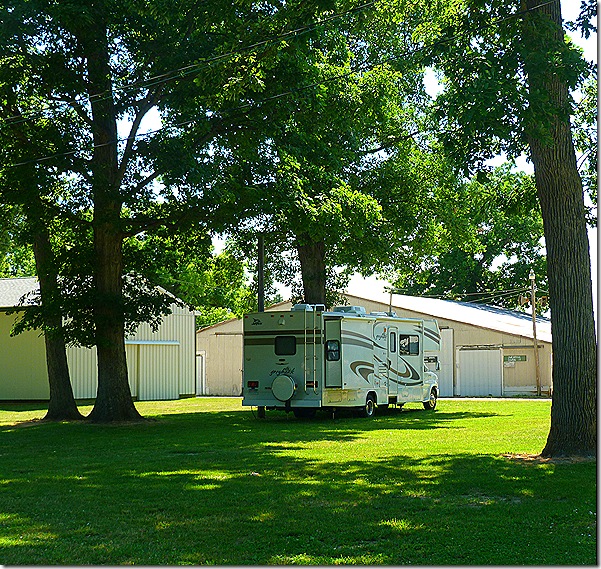 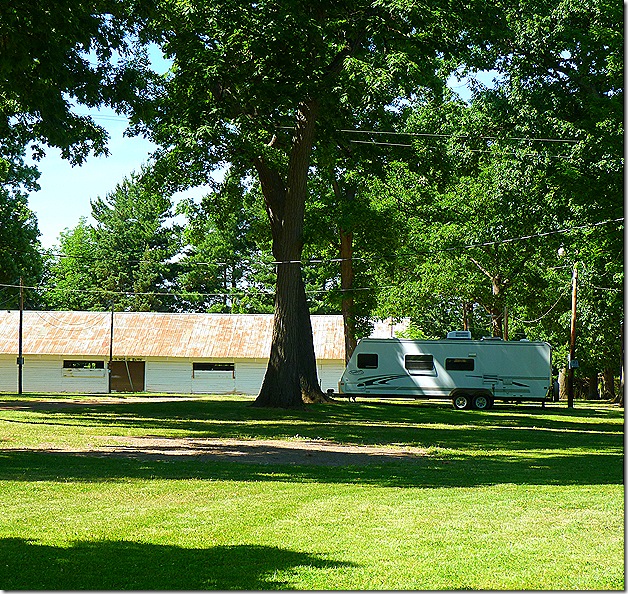 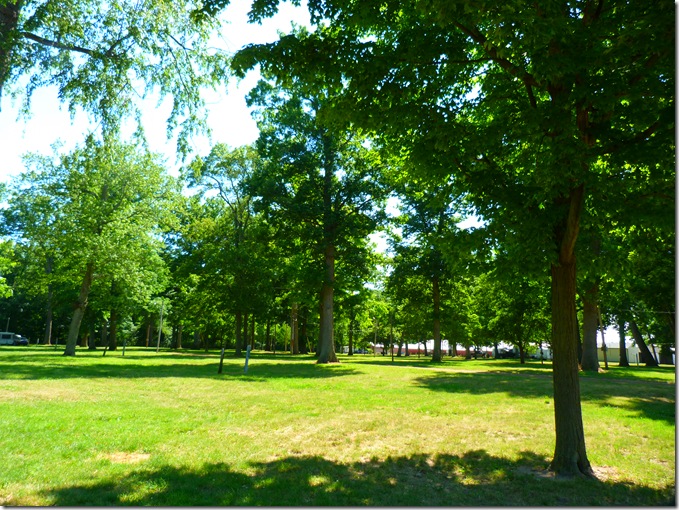 I always like sharing good books I have read with my blog readers and Facebook friends. I just finished an excellent book called Crazy About You, by Randy Atwood. It’s a fascinating story about life growing up on the grounds of Larned State Hospital in Larned, Kansas. Randy lived there as a youngster, when his father was the hospital’s dentist. The book is the story of a teenager who is caught in that gray world between being a boy and being a man while he lives in a gray world between the asylum’s inmates and the townies, the people in the small town who depend on the State Hospital for the income it provides, but also fear and loath the people housed there. Randy donates $1 of each sale to a counseling center in Lawrence, Kansas to support the Suicide Prevention Hotline for that part of the country.

Before I close for today, I want to thank Karen Pfundtner, who writes the excellent Karen In The Woods blog. Karen is a fiber artist, and after reading of Terry’s ugly experience in yesterday’s blog several people suggested Terry contact her for info on her sock machine. Actually, Terry has read her blog for a long time, and Karen reads mine. Yesterday she took it upon herself to send Terry a very nice e-mail about her experience, and to invite her to visit her home in Wisconsin for some hands on tutoring on the machine. What a sweet gesture from a very classy lady! If we can’t make it up for a visit, we look forward to meeting Karen and her husband on the road when they become fulltime RVers in the not too distant future.

Thought For The Day – Marriage is like a deck of cards. In the beginning all you need is two hearts and a diamond. By the end, you wish you had a club and a spade.

3 Responses to “A Short Drive Pays Off”