Nick's Blog » On The Road To Rockport

It was hard to say goodbye to Greg and Jan White yesterday but we had places to go and people to see, so it was time to hit the road. The good news is, it will only be a month or so before we join up with them again at our Arizona Gypsy Journal Rally in Yuma.

About the time I finished getting the utilities unhooked yesterday morning, Greg and Jan came by to see us off. Since we only had about 180 miles to go and it was a good day for traveling, we were in no rush. We sat around visiting for a little bit, thanked them for their hospitality, shared a laugh or two and then it was time to go.

We followed state Route 35 west from Alvin through Angleton, Bay City, and Palacios, to Point Comfort, where we crossed a branch of Matagorda Bay into Port Lavaca. If anybody ever told you Texas is an arid state, they lied. There are big lakes and small lakes, rivers and streams, marshes, swamps, bayous, and over 350 miles of coastline on the Gulf of Mexico. 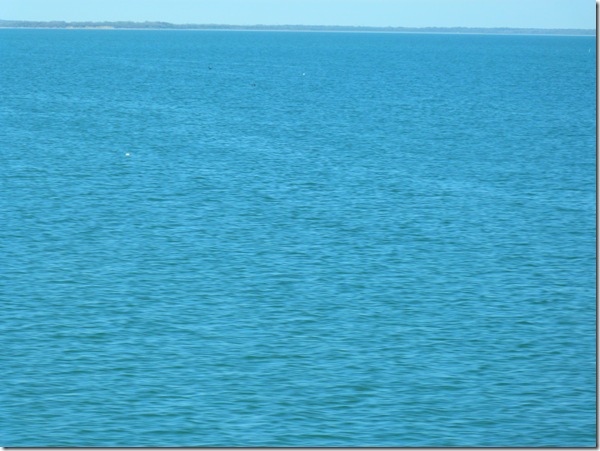 The causeway across Matagorda Bay was a good four-lane road and I didn’t even snivel driving across the bridge! 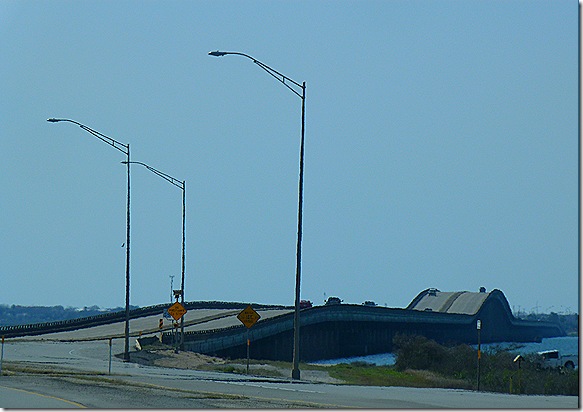 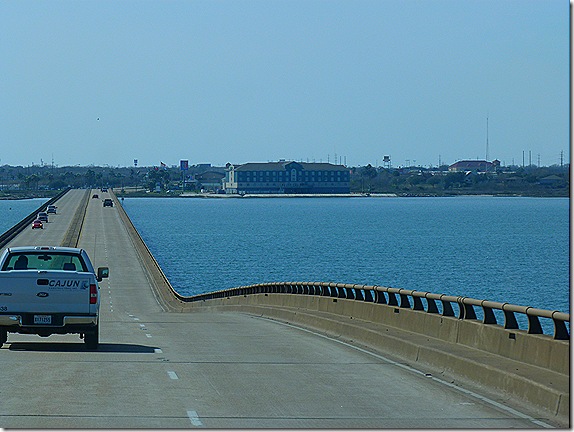 On the south side of the road we saw the remnants of an earlier roadway that just ended partway across the water. A true bridge to nowhere! 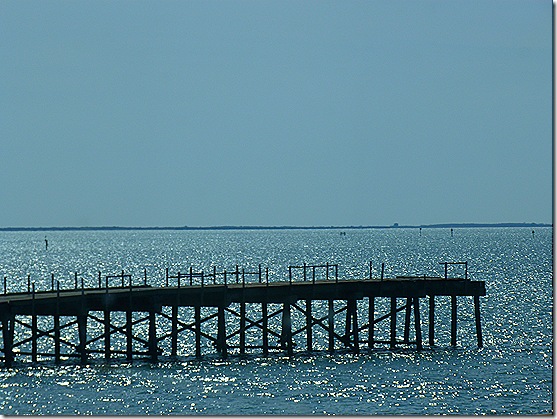 Do you remember those games we played when we were kids taking road trips with our parents? Things like Spot the License Plate or I Spy? Terry and I have our own little game called Spot the Hawk. My pretty wife has eagle eyes and even going down the road at 50 or 60 miles an hour she can spot hawks perched on telephone poles, fence posts, and in trees. I’m not nearly as good as Terry but I do occasionally see one of the birds of prey before she does. Not often, but when it does happen I count it as a victory. We saw so many hawks yesterday that we lost count. They were everywhere we looked. 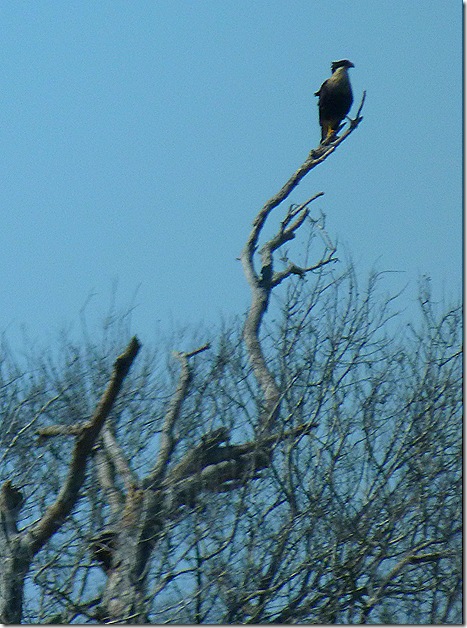 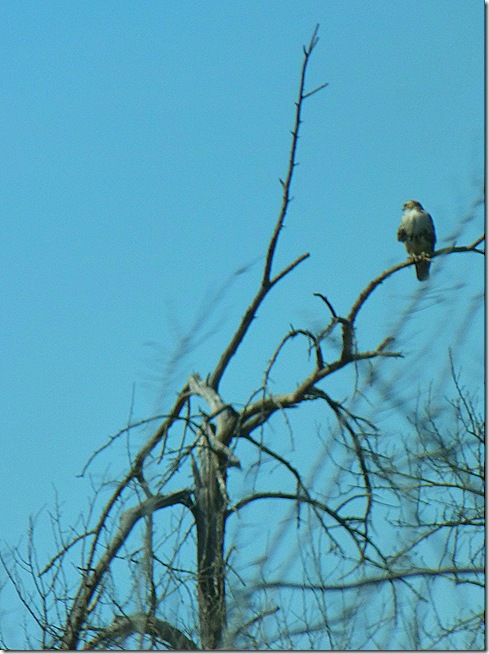 There wasn’t much traffic and though most the road was two-lane, we rolled right along, having a good time. We arrived at Bay View RV Resort in Rockport in the early afternoon with 180 miles behind us. We visited this campground when it was a Western Horizons resort years ago, but now the original owner has it back and is trying to get it into shape after a lot of neglect from the previous management. The place has about 500 RV sites but there are a lot of them empty and available. We are staying here under our RPI membership at $10 a night for a full hookup site. That’s a pretty good deal.

As we were unhooking the Explorer from our tow bar, our friend Marcia Gantz came walking up to welcome us. We didn’t know that Marsha and hubby Rick Schafer were here! So it was a nice treat to get to visit with them.

Unfortunately, the Verizon service in Rockport sucks. Our phones wouldn’t get a signal at all, and even with our Wilson Trucker antenna on the roof and the Wilson signal amplifier, our air card and MiFi worked sporadically at best. Rick is one of those technical guys who knows so much more than I can ever begin to and he let me try out his Wilson dual-band signal amplifier and a portable antenna that is a rectangular square piece of plastic about 6 inches long. I was amazed at how well it worked. I only had one bar on the MiFi and it was fading in and out, but when I sat it on the portable antenna it jumped right to five bars and speeds were excellent. Likewise with our cell phones; holding the portable antenna next to the phone took us from no bars at all to a full five bars of signal strength. I need one of these!

I called my friend Phil May from TechnoRV, another one of those guys who lives and breathes high-tech gadgets. Phil and his wife Tracy make their living on the road selling all sorts of goodies like this that RVers just can’t live without. Phil doesn’t carry the Wilson unit but he told me he has something that is even better and he is going to call me back today with the details. I can’t wait!

After visiting with Rick and Marcia for a while, we drove into Aransas Pass to touch base with our friends Earl and Sami Aeverman. We hadn’t seen them in several years and were looking forward to a visit. They were having dinner with company so we only stayed for a short time, promising to get together again while were here. Driving back to Fulton, we stopped at the Boiling Pot for a delicious Cajun boil dinner that included shrimp, crawfish, red potatoes, corn on the cob, and andouille sausage, along with red beans and rice. We discovered this place on a previous visit to this area and were really looking forward to eating there again. We were not disappointed!

We only have three days here and a lot of people who want to get together with us. We’ll try to touch base with as many of them as we can, and though we would love to stay longer, I have to be at the VA hospital in Tucson in less than two weeks. So we’ll cram in what we can and hope to get a rain check with the people we miss.

8 Responses to “On The Road To Rockport”