After a lazy morning at home, playing catch up from our last few days of traveling, we spent yesterday afternoon at the Soo Locks Visitor Center, watching the huge freighters going through the locks. If you have not seen this yet, you really need to put it on your bucket list!

Every year, some 10,000 ships pass through the locks, which raise and lower vessels more than 21 feet, to bypass the rapids of the Saint Marys River between Lake Huron and Lake Superior. It is an awesome sight to see a 1,000 foot long ship raise or drop that far in a matter of minutes. To give you an idea, here is a picture of the lock gates opening, with the lock flooded. 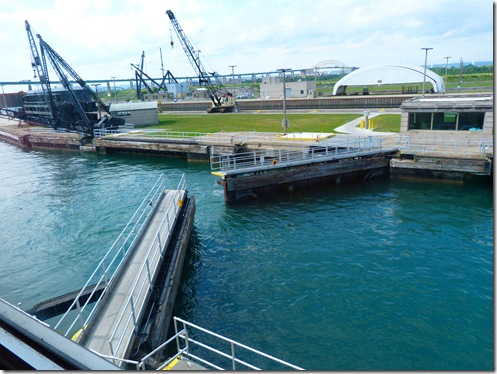 And here is the lock open at the other end, once the water level has dropped. 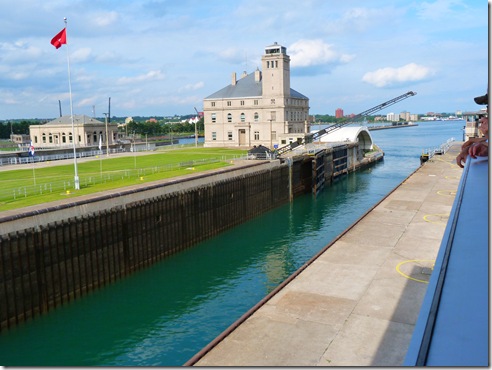 The Visitor Center has several elevated viewing platforms, where visitors can get a bird’s eye view of the process. 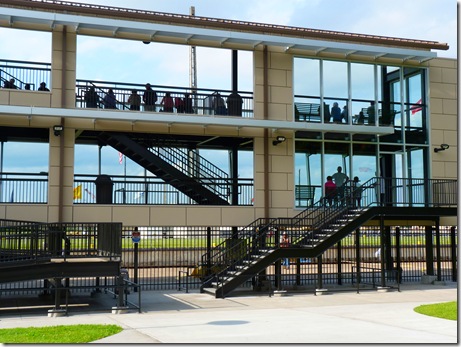 The locks were very busy yesterday, and we saw six or eight ships pass thorough in rapid succession. In this picture, the John J Boland (left) has just left the lock, and the Algona Discovery (right) is headed toward the lock. 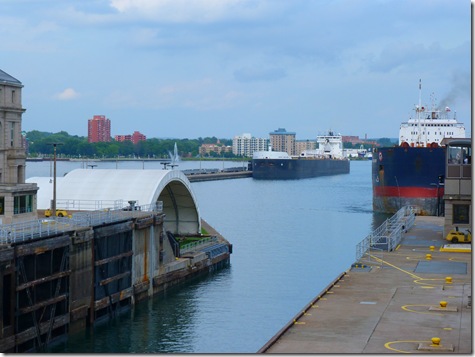 As you can see, it’s a very tight fit. with no more than ten feet to spare from one side of the lock to the other. 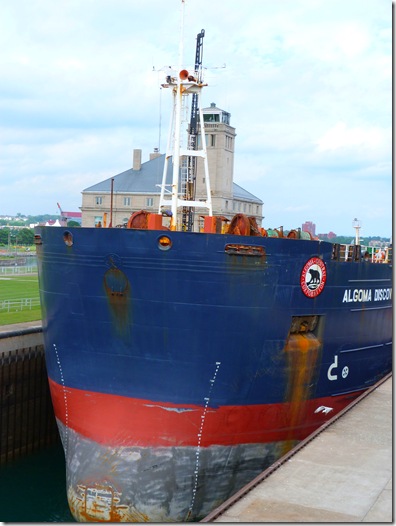 Once the ship is inside the lock, it is tied to stanchions on the dock, to hold it securely while the water level is raised or lowered. 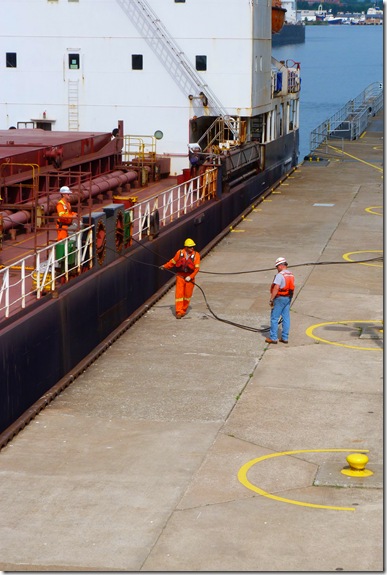 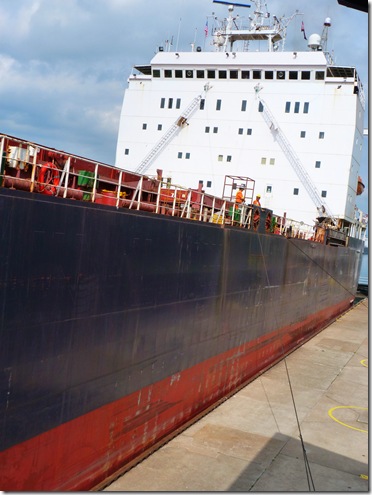 Here is an example of how far the ships raise or lower. The Saginaw is heading into the lock carefully. I am amazed at how skilled the captains must be to avoid rubbing the sides. 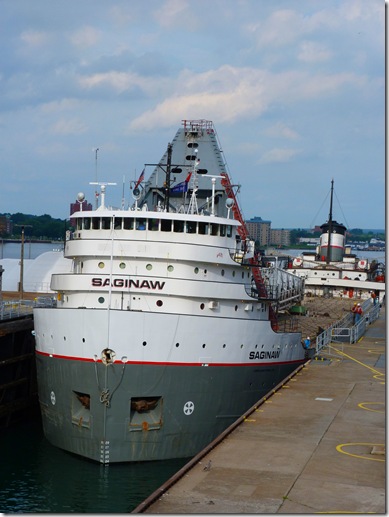 Once inside the lock, the main deck is several feet below the level of the lock sides, and one could almost step from the lock directly onto the superstructure. 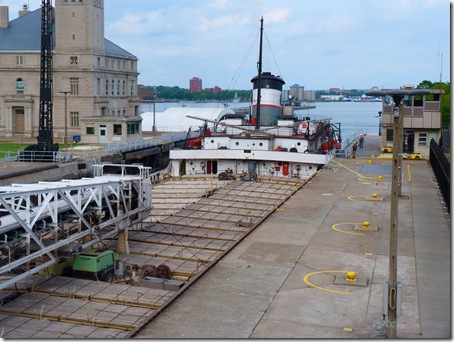 And here is the same ship, riding high, once the lock is flooded! 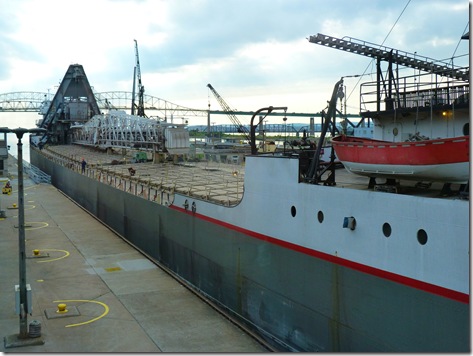 We learned some interesting bits of trivia from the more experienced ship watchers, who have spent a lot of time at the locks. For example, as ships pass through, headed up to Duluth or other ports to pick up cargo, they drop off bundles of laundry at the Soo Locks, and a local company washes it. When the ship returns a few days later, they pick the clean laundry back up! Cool, huh? 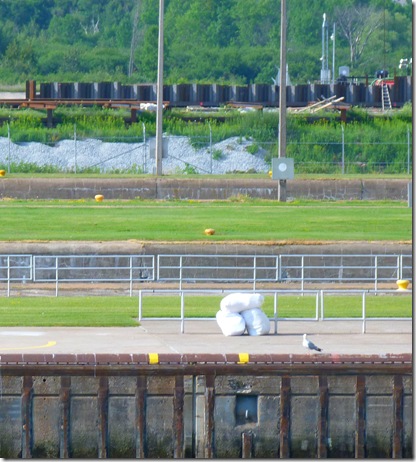 After spending about three hours observing the lock traffic, and still not getting our fill of it, hunger finally drove us away. At least a dozen blog readers had urged us to try a restaurant called the Antlers, and we’re sure glad we did! The place is amazing, with hundreds of stuffed animals, antlers, and all kinds of trash and treasures decorating the walls and hanging from the ceiling. And the food was fantastic too! Miss Terry had the Cherry Smoked Whitefish Chowder, which was served in a sourdough bread bowl, and I had the steak bites. Both were delicious, and the service was fast and friendly.

Back at the Elks Lodge campground, we visited with some of our neighbors for a while, and then headed inside. Terry had taken nearly 500 pictures at the locks, so just downloading them from her digital camera’s card and sorting through them took a while. 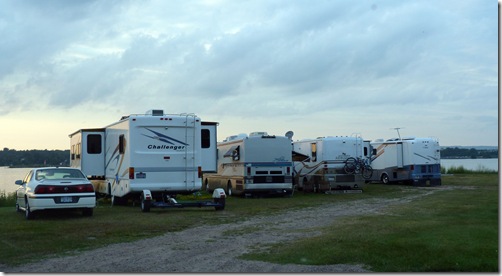 Even when we’re busy playing tourist, Bad Nick is always looking for a reason to climb up on his soapbox, and he found it with the story of a cop out of control. Read his new Bad Nick Blog post titled Bully With A Badge, and leave a comment.

Thought For The Day – How come dumb stuff seems so smart while you’re doing it?