With the new issue of the paper at the printer’s, we have some time to play. And that’s just what we did yesterday!

Yaquina Head Lighthouse, a mile or so north of Newport, has been guiding ships safely along the coast since 1873, and today the lighthouse and surrounding 100 acres are administered by the Bureau of Land Management as an Outstanding Natural Area. And outstanding it is, with dramatic seascapes, a handicapped accessible tide pool, and viewpoints where sharp eyed visitors may be able to see whales, harbor seals, and an amazing variety of birds. 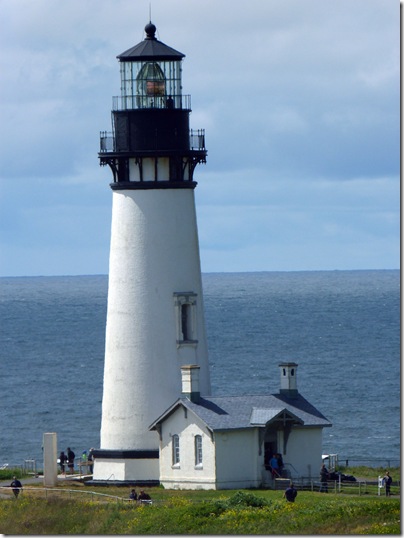 We spent some time at the Interpretive Center, which has a small museum telling the history of Yaquina Head, and a video on the wildlife that inhabit the area. 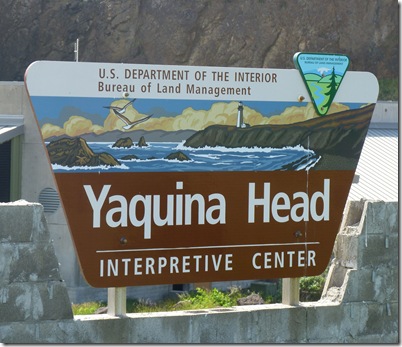 Our next stop was Quarry Cove, a short distance from the Interpretive Center. We stopped at the viewpoint and saw this family of seals lounging on the rocks, and laughed as this little fellow played in the water, and then clumsily tried to crawl back up onto the rocks, sliding back into the water a few times before he finally got it right. 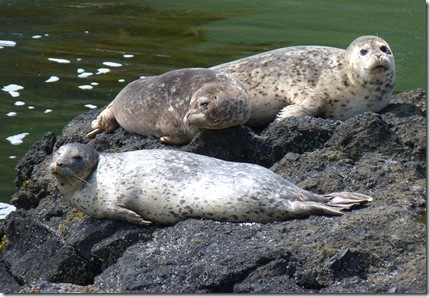 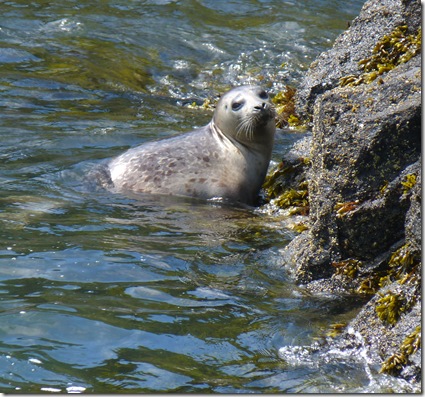 The cove also has a man-made handicapped accessible tide pool, where those with physical limitations can experience nature firsthand. 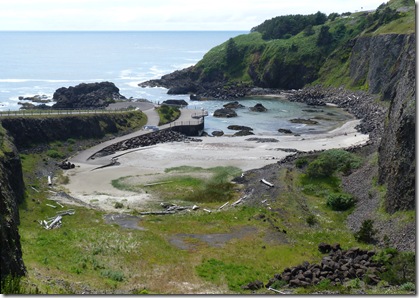 Among the birds we saw at Yaquina Head were these Common Murres, also known as Common Guillemots. The volunteer ranger on duty told us that they are a cousin to the penguin, but since I’m not a bird watcher, I’m not sure about that. 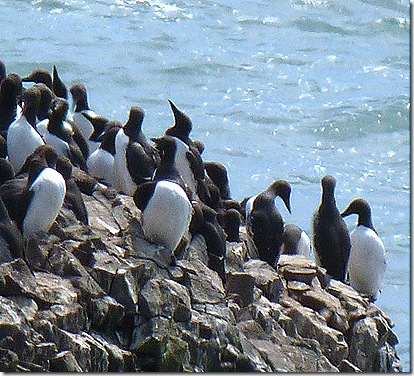 But I know an eagle when I see one, and this fellow was having a good time riding the thermals high above us. Miss Terry spent quite a bit of time trying get a clear photo of it, which was a challenge due to the distance and the stiff breeze that made holding the camera steady enough at maximum zoom. 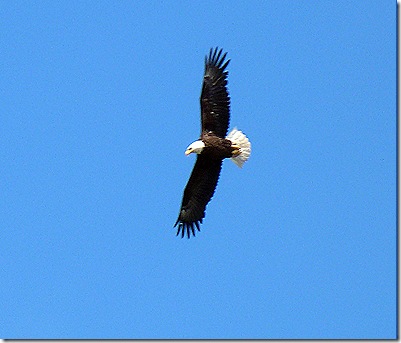 Our friends Orv and Nancy Hazelton are staying at an RV park further up the coast in Tillamook, and Orv called to see if we could get together for dinner. Years ago, on our first RV trip along the Oregon coast, we had an excellent meal at Pier 101 in Lincoln City, and I suggested we meet there.

This is my kind of restaurant – not only is the food good, but the owners have a sense of humor, as this sign shows – no sushi and no yuppie food! 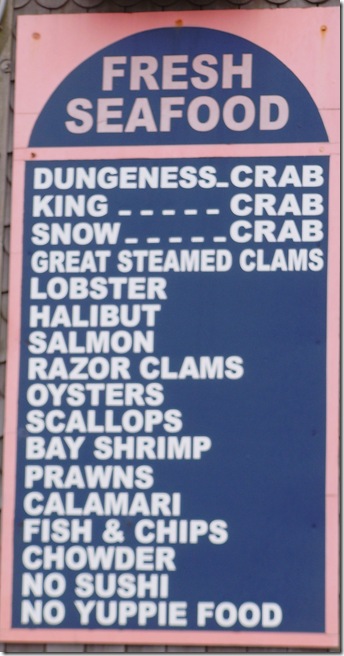 And as much as our pals Jim and Chris Guld from Geeks on Tour love their little mutt Odie, there is a no poodle rule too. Sorry Odie. 🙁 I don’t make the rules, I just report them. 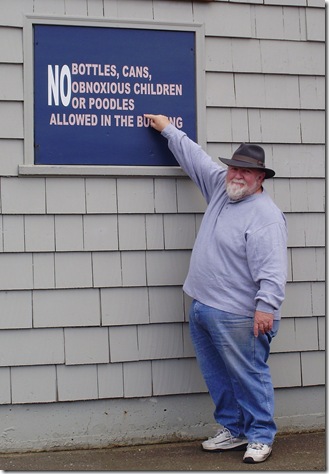 The food was even better than we remembered, but the portions were much larger than we recalled. Orv ordered the Seafood Platter, and when it came he did a double, and then a triple take. That one dish could have fed all four of us! Always willing to help out a buddy in trouble, I pitched in to help reduce the pile of steamer clams, and they were beyond delicious! I’d go back and order them alone, and be a really happy camper. Everything we ordered was fantastic, and Miss Terry said her crab cakes were some of the best she’s ever had anywhere in the country. 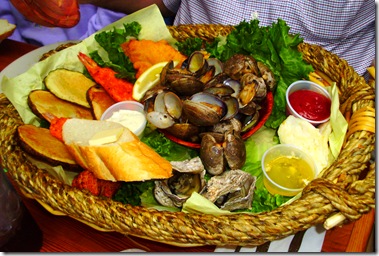 The restaurant wasn’t very busy on this chilly Tuesday evening, so after we finished eating, we sat around for quite a while talking about the RV lifestyle and our travel plans for the coming months. Eventually we said our goodbyes, and Orv and Nancy headed back north to Tillamook, while we turned south to come back to Newport.

Along the way, we pulled over at the viewpoint in Depoe Bay, and at another one further down the road, to spend a few minutes admiring the ocean as the sun and clouds made interesting patterns on the water. We got back to our motorhome about 9 p.m., a little tired from our busy day, but with a lot of new additions to our memory bank.

Thought For The Day – I have a hard time deciphering the fine line between boredom and hunger.