Yesterday was a much shorter driving day than Friday was, just 113 miles. It was shorter in miles, but it wasn’t a quick trip.

We left the Elks lodge in Eureka about 9:30, and stopped for fuel at a Texaco station a few blocks away that had a separate diesel fuel island, and looked like it had easy access in and out. Well, it did, except for the guy in the pickup who had already filled his tank, then sat there talking on his phone so I couldn’t get to the easy access island. So I pulled to the one on the other side, and then he moved! Go figure.

Diesel was $4.47 a gallon. Ouch! But I was below half a tank, and I don’t like to get too low. Unfortunately, it was one of those dumb places that would only allow me to pump $100, and then I had to put my card in and restart it again. When it cut me off at $100 the second time, I said the heck with it. That gave me plenty for now, and I’ll buy more someplace where they make it easier on the customer. Yeah, I’ve heard the arguments that it’s not the station’s fault, it’s the bank’s. I don’t care, there are other places where it doesn’t happen, and I can buy as much as I need with less hassle.

We drove north on U.S. Highway 101, passing through miles of dense redwood forests. If the legendary creature sasquatch really does exist, I can see why it would be hard to find him in this lush country. 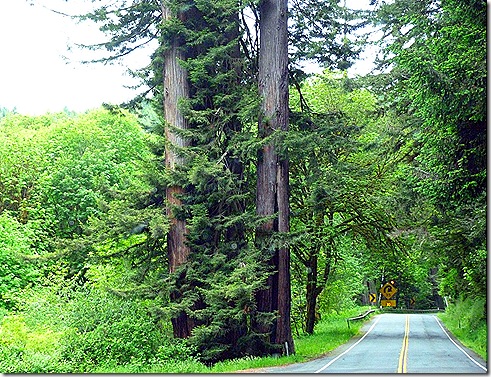 We didn’t see Bigfoot, but Miss Terry got this neat picture of a Stellar’s Jay at one of our stops. 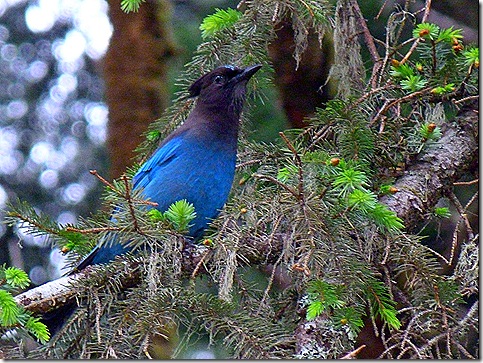 Just as on Friday, in some places the road was divided four lane, and in others it was just two twisty lanes. But unlike Friday, the rain held off and I could use my exhaust brake on the steep downgrades, including several 6 and 7% hills. We were in no hurry and wanted to enjoy the scenery, so we pulled over several times to let faster traffic get past us. 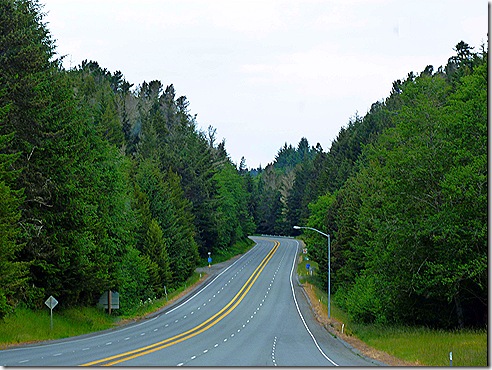 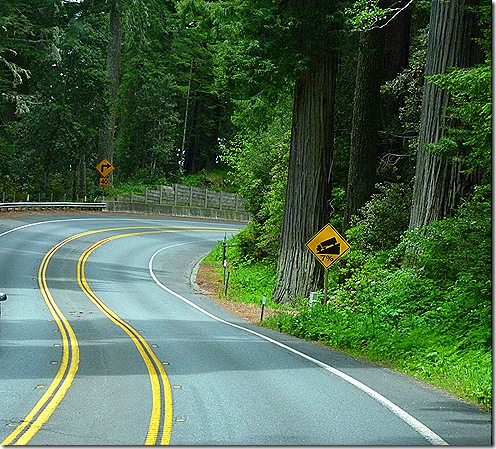 Before long, we started seeing beautiful views of the Pacific coast. This is some of the prettiest scenery in the world, in my opinion. We pulled over in a couple of places just to soak it all in. 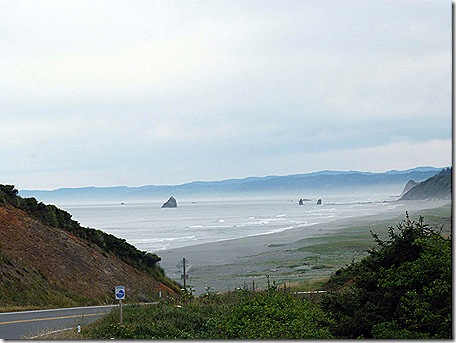 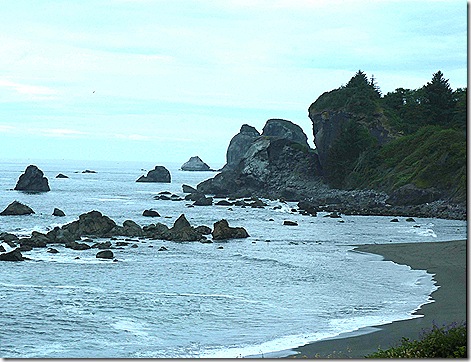 A little south of Orick, there is a wide parking area where RVs were allowed to boondock years ago. But squatters moved in and set up housekeeping, staying for months on end. So the rules have changed, and now you can’t park there after 11 p.m. I’d love to have parked there a night or two, just for the view, and to hear the waves lulling me to sleep. 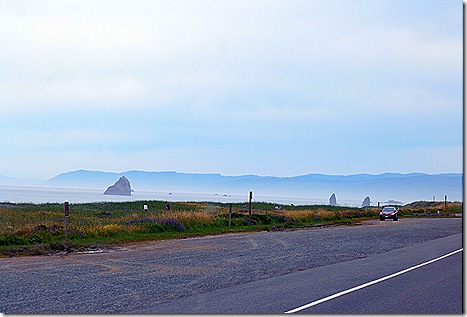 The redwoods aren’t the only giants around  here! This Paul Bunyan statue at Trees of Mystery in Klamath is over 49 feet tall, and weighs over 30,000 pounds. 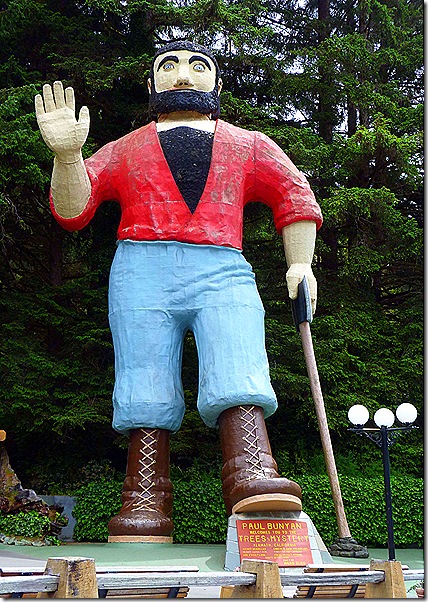 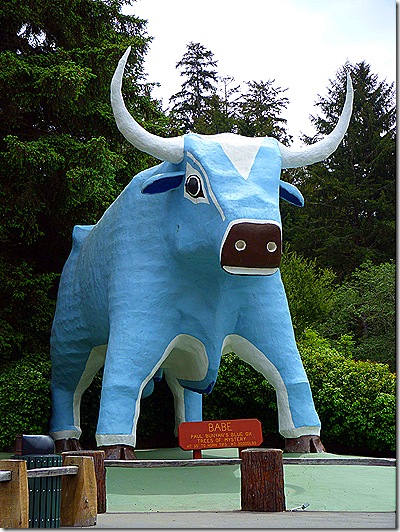 Besides offering a tour through the redwoods, Trees of Mystery also has a nice gift shop, and one of the best museums of Native American artifacts we have ever seen. 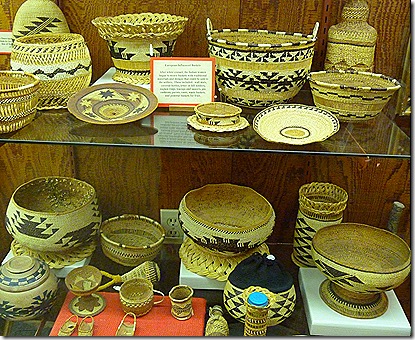 The museum is free, and includes everything from ornately beaded buckskin dresses, to baskets and cradleboards. It is well worth the stop. 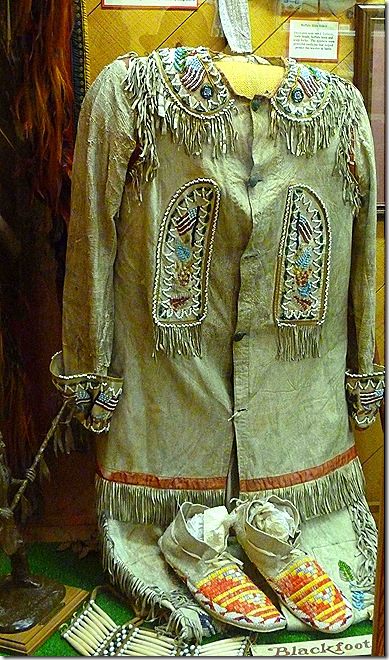 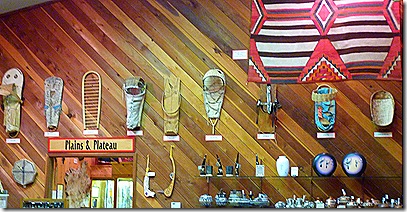 We crossed into Oregon and arrived at the Brookings Elks lodge about 2 p.m. This is a nice lodge. We got a back in RV site with 30 amp electric, water, and a dump station, all for $18 a night. The lodge even has WiFi, and a laundry for RV guests! There are only two other RVs here, and one of them belongs to Bob and Gretchen Mattison, who were at our rally in Yuma in March. Small world, huh?

As we were coming into town, we saw some folks holding a car wash to raise money for Relay for Life. Our Explorer was filthy, so once we got the motorhome parked and hooked up, we drove back and had them wash several hundred miles of road grime off the SUV. Hey, it’s for charity, and I don’t have to do it. Everybody wins! 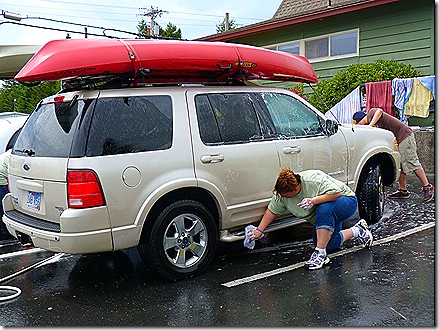 When we’re in a new town, we always ask the locals for advice on places to eat, and the folks at the car wash recommended Sporthaven Marina, on the waterfront. They said it was a mom and pop place, with great food, and they were right! The restaurant won the 2009 and 2001 Oregon Coast Chowder Cook-Off, and after having a bowl with her shrimp tacos, Terry said she understood why. I had a seafood platter, that included fish, two kinds of shrimp, and calamari strips. Yummy! And I couldn’t finish it all. We put Sporthaven Marina on our “go back to” list!

After we finished eating, we walked along the marina for a while, admiring all of the boats, and stopping at a few vendor stalls selling arts and crafts. 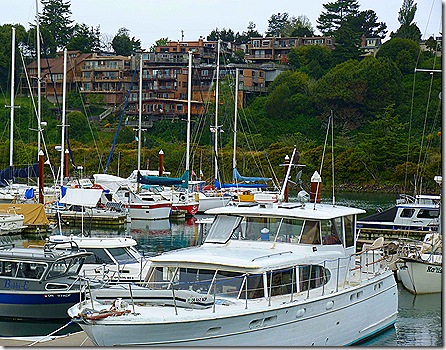 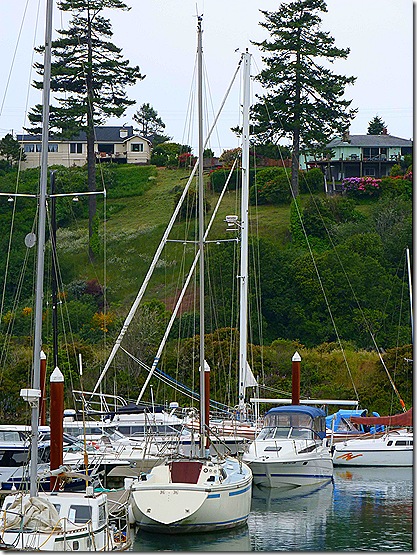 It started to rain, so we called it a day and returned to the motorhome, where we had a quiet evening watching TV and relaxing.

Today we’ll just take it easy, maybe do some exploring locally, and then Monday we’ll probably start heading north again. We have reservations at the NACO campground in Florence starting Tuesday, and that’s only 150 miles, so we’re in no rush. Once we get there, I have to get the new issue of the Gypsy Journal finished, and then it’s time to relax and play for a while.

Thought For The Day – When creating husbands, God promised women that good and ideal husbands would be found in all corners of the world. And then he made the earth round. That God – he’s such a kidder.

12 Responses to “Eureka To Brookings”