Nick's Blog » Where Did The Day Go?

Sometimes I don’t have anything special to write about, because a lot of the time, living in an RV is just like living in a house or apartment. We do chores, we goof off, we visit friends, and before we know it, the day is gone. Yesterday was a good example.

My friend Dave Damon had asked if I could pick him up in Clermont yesterday about 12:30, after an appointment he had, and I said no problem. He actually called about 11 and said he had finished up early, so we drove the 15 miles or so to pick up Dave and his pretty wife Jean, and drove them back to the Thousand Trails campground.

The last couple of nights, I have been unhooking our water hose overnight because it was getting so cold, so back at the motorhome I hooked it back up and filled our fresh water tank, and left it hooked up so Terry could do some laundry.

I had been craving some of Miss Terry’s delicious crepes, and while I was doing that, she made up a batch for brunch. Yummy! I’ll never be a slender man.

In the afternoon, I spent some time trying to familiarize myself with a Kodak Zi8 digital video camera I recently bought for an upcoming project I’ve been working on. The Zi8 is a pretty nifty little camera. It’s about the same size as my Droid Incredible phone, and the quality of the videos, even taken inside the motorhome with just ambient light, is pretty impressive. 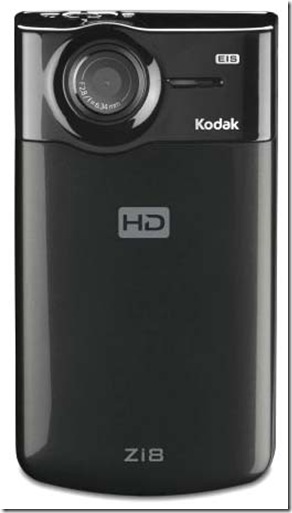 I knew from the reviews I had read that the camera’s built-in microphone is basically worthless for outside use, so when I ordered it, I also ordered an Audio-Technica lavalier microphone. But even with the mike, the sound volume was very low. My buddy Greg White has the same camera, so I called him in Texas and picked his brain. Greg said he’d look at his camera and try to figure it out, but about then, I found the camera’s volume adjustment, and solved the problem myself. When all else fails, read the directions.

Greg is a computer whiz, so while I had him on the phone, we talked about the fact that my Dell desktop seems to be getting slower all the time, in spite of running all of the different cleanup programs and such. The computer is about three years old, and that seems to be about the lifespan for one for me, since I use it so much, and bounce them around all over the country. We decided that when we hook back up before our Arizona Gypsy Gathering rally, Greg will try to work his magic on it, and if that doesn’t do it, it’s time to go shopping.

After I got off the phone with Greg we made a run to WalMart, which was busy, but not as busy as we had expected, what with folks returning Christmas gifts and shopping for after-Christmas bargains.

It was a good day for telephone conversations, so once I got my fill of WalMart (which didn’t take long), I left Terry to the shopping and went outside and talked to my buddy Orv Hazelton, who is at the Escapees Jojoba Hills co-op in southern California. Orv said it was supposed to get very cold there overnight. That made me feel a little bit better. If I have to be cold, everybody should be cold!

When we got back to the motorhome, our neighbor, Charles Deutschmann, invited us over for a bowl of ice cream and some conversation during the evening. Never one to turn down free food, especially ice cream, I quickly said we’d be there.

We had a nice time visiting with Charles and his wife Nancy in their beautiful Monaco motorhome. It’s a mid-entry diesel pusher, which you don’t see many of, and the layout was very nice. The ice cream was delicious, the conversation flowed well, and before we knew it the time had flown by and it was after 10 p.m. We felt bad for taking up Charles and Nancy’s entire evening, so we took our leave and came home.

We watched TV for a while, and by the time I caught up on a few e-mails and wrote this blog post, it was getting late and time to think about bed. Where did the day go?

Thought For The Day – I’m not cynical. I’m just experienced.