The old saying “Beware of Greeks bearing gifts” dates back to the story of the Trojan Horse, when the Greeks besieged the city of Troy during the Trojan War. According to legend, after a long siege, the Greeks built a huge wooden horse, and concealed a small force of their best soldiers inside. Then they boarded their ships and sailed away.

The besieged Trojans thought that they had outlasted their enemies, and opened the gates to the city and pulled the horse inside as a victory trophy. That night, after the Trojans all went to sleep, the Greeks hidden inside the horse force crept out and opened the city gates to the rest of the Greek army, which had sailed back, under cover of night. The Greek army entered and seized the city of Troy, ending the war.

Yesterday evening Jim and Chris Guld, from Geeks on Tour, showed up at our door with grilled lobsters that Jim had caught while scuba diving just off the beach, here in Fort Lauderdale. Those things were huge! 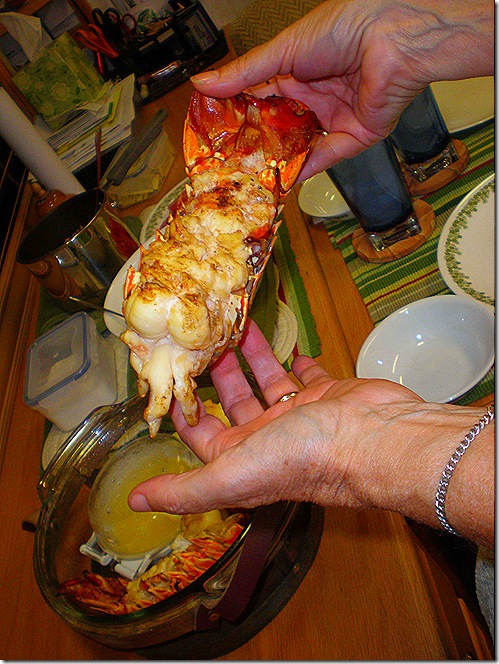 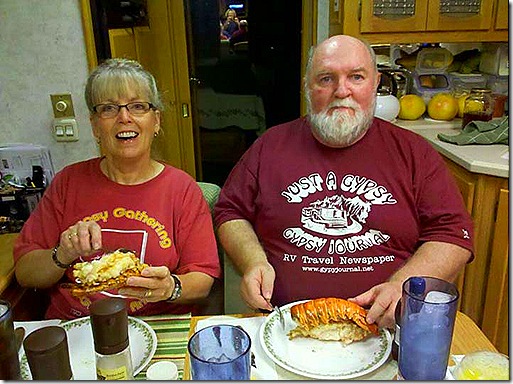 Jim and Chris supplied the main entree, and Miss Terry filled out the menu with wild rice pilaf, stir fried mixed vegetables, and fresh sliced Heirloom tomatoes. Everything was delicious, and I guarantee you nobody went hungry!

After dinner we sat around visiting for a couple of hours, and Chris showed me a trick or two with G-mail, Windows Live Writer, and Microsoft Streets & Trips. And, of course, we swapped a lie or two, and solved a good number of the world’s problems in the process. 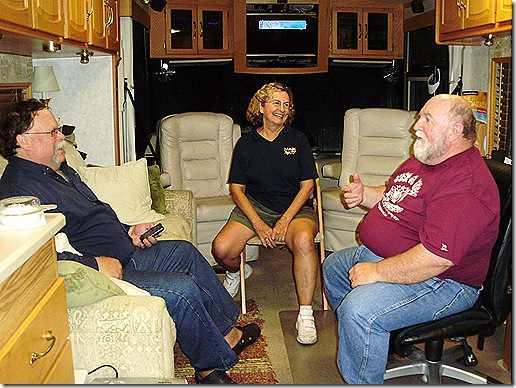 It’s been wonderful having this one on one (or actually two on two) time with Jim and Chris, away from all of the hustle and bustle of an RV rally. Thanks for all your time, help, and especially your friendship, Jim and Chris! It’s been a lot of fun!

Since the weather is supposed to cool back down next week, we have scrubbed our original plans to go to the Keys, and instead, today we’re leaving Fort Lauderdale and are traveling to the Peace River NACO preserve in Wauchula, Florida.

We’ll hang out there until we get the new issue of the Gypsy Journal back from the printer and mailed off, and hopefully we’ll get in some kayaking on the Peace River, if the weather cooperates during our stay.

We’ve only got a few weeks left in Florida before we have to start west to get ready for our Arizona Gypsy Gathering rally in Yuma March 7-11. During that time, we want to get back to Pinellas Park for a family gathering, and we’d love to spend a few days around Crystal River, and maybe at Cedar Key, if we can.

Bad Nick has been busy posting a new Bad Nick Blog titled Blame Your Parents, Not Us. check it out and leave a comment.

Thought For The Day – There is nothing like returning to a place that remains unchanged to find the ways in which you have changed.